Over the years, I have seen a few of these for sale at various Gun Shows. (But none at any Gun Shops for some reason. Go figure!)
Of course being the idiot that I am. I always passed up the chance to buy one. Now their costs are really out of my price league. (It was over a Grand!)
The last one I saw. Looked liked it had been dragged across Africa a couple of time by a pack of vicious baboons. Oh well!

Now I have not yet been lucky enough to shoot one of these old timers.
But since it shoots a black power backed bullet. The recoil hopefully would be more of a shove. Instead of the World Heavyweight Champion giving out his Sunday best.

All I know is that I would NOT want to get hit by one of these heavy, slow rounds!
No Thank you sir! 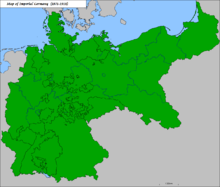 German Empire, 1871–1918; the rifle was adopted by the German Empire excluding Bavaria. This included areas that were annexed by France, Poland and Russia during the 20th Century.

The Mauser Model 1871 adopted as the Gewehr 71 or Infanterie-Gewehr 71, or “Infantry Rifle 71 (“I.G.Mod.71” was stamped on the rifles themselves) was the first rifle model in a distinguished linedesigned and manufactured by Paul Mauser and Wilhelm Mauser of the Mauser company and later mass-produced at Spandau arsenal.[1]

Paul Mauser developed his bolt-action rifle from 1866 to 1871.[2]During 1870–71 trials with many different rifles took place, with the “M1869 Bavarian Werder” being the Mausers’ chief competitor. The Mauser was provisionally adopted on 2 December 1871, pending the development of an appropriate safety. With support from the government’s Spandau arsenal, the improvements to the safety mechanism were completed and the rifle was formally accepted on 14 February 1872 as Infantry Rifle Model 1871 by the German Empire excluding Bavaria. The action was not based on its predecessor, the Dreyse needle gun which had seen service during the Franco-Prussian War of 1870–71, and which was found to have a number of weaknesses.[1]
The now well known Mauser “wing” type safety lever was developed for the Gewehr 71. The Gewehr 71 is a conventional looking bolt action chambered in 11mm using black powder cartridges. The action included only a bolt guide rib as its single locking lug, locking forward of the receiving bridge. The original design was a single-shot. The design was updated in 1884 with an 8-round tubular magazinedesigned by Alfred von Kropatschek, making this Germany’s first repeating rifle. This version was designated the Gewehr 1871/84.[3]A version of this repeater was adopted by the Ottoman Empire. Designated the M1887, it differentiated from the M71/84 in that it had a side mounted cleaning rod, a second locking lug on the rear of the bolt, and it was in caliber 9.5×60mmR, which Paul Mauser touted as the most efficient (black powder) cartridge. In the early 20th century a few were converted to 7.65×53mm smokeless by the arsenal in Ankara.
A shorter version of the Model 1871, the M1879 Grenzaufsehergewehr, was issued to the border guards in 1880. It shot a unique 11.15×37.5mmR cartridge, a trimmed down version of the full-power military cartridge.[4]
Serbia adopted a more up-to-date version of the rifle in 1881, the M1878/80, still single-shot, but chambered in its own 10.15×63R caliber. It had unique additions in that it had a bolt guide (much like the M1870 Italian Vetterli) and the “progressive rifling” (rifling which increases in twist rate as the bullet travels up the bore, to more gradually impart spin) developed by the Serbian Major Kosta “Koka” Milovanović (Коста “Кока” Миловановић), and it is commonly known as “Mauser-Koka“, “Mauser-Milovanović”, or “Kokinka” (“Кокинка”). The muzzle velocity of the Mauser-Koka was 1,680 feet per second (510 m/s). It saw first combat in the Serbo-Bulgarian War. Approximately 110,000 Mauser-Koka rifles entered the Serbian arsenal. Starting 1907, about half of these were converted in Kragujevac to shoot the 7×57mm from a 5-shot box magazine; the new barrels were purchased from Steyr. Both the old and new guns (designated M80/07) saw action in the Balkan Wars and World War I.[5] The converted M80/07 are often referred to as “Đurić Mausers” (Ђурић-Маузер).[6]
The M71 was used by the Korean Empire Army (especially Guard units—this rifle replaced the Russian Berdan rifle). The number of rifles used is uncertain but the Korean Empire manufactured ammunition for them, which means that the Korean Empire used a respectable number of them.
In 1894, Uruguay had their stockpile of M71 rifles converted to 6.5×53.5mm SR by Société Française d’Armes Portatives Saint Denis in France. They were given new stocks, barrels, sights, bands, and side mounted cleaning rods. These were unsatisfactory due to weak springs, and many were thrown away.[citation needed]
Irish Republicans imported some 900 single-shot 1871 Mausers in the Howth gun-running for the nationalist militia called the Irish Volunteers in 1914. They were used in action by the Volunteers in the Easter Rising of 1916, an unsuccessful insurrection aimed at ending British rule in Ireland. The 1871 Mauser became known in Ireland as the “Howth Mauser”.[7]

In fiction and popular culture[edit]

11-mm Mauser is the service rifle of the Martian Army in The Sirens of Titan by Kurt Vonnegut.[10] Though, the book states these were bought as surplus from the Spanish–American War, which would in fact make them Model 1893 7×57mm Mauser.
In the film The Last Samurai, the Japanese Imperial Army carries German bolt-action Mauser M1871/84 rifles, in spite of the fact they were supposedly being armed by the United States. The 1884 models were altered in appearance by film makers to resemble the more period accurate 1871 models. 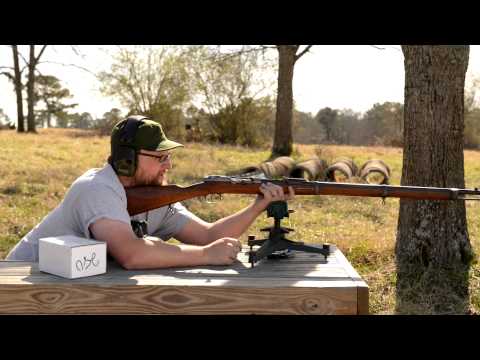