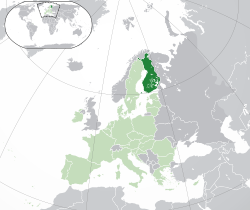 Poor Finland! Sadly it holds the Record of being the only Democracy that fought with Hitler. Not that they wanted to, I am willing to bet. But when you have Stalin as your neighbor. One really does not have much of a choice. Since it is the Devil or the Deep Blue Sea time.
Now the Finns are a hostage of geography. What with being stuck between the two major powers of Europe. (Germany & Russia) 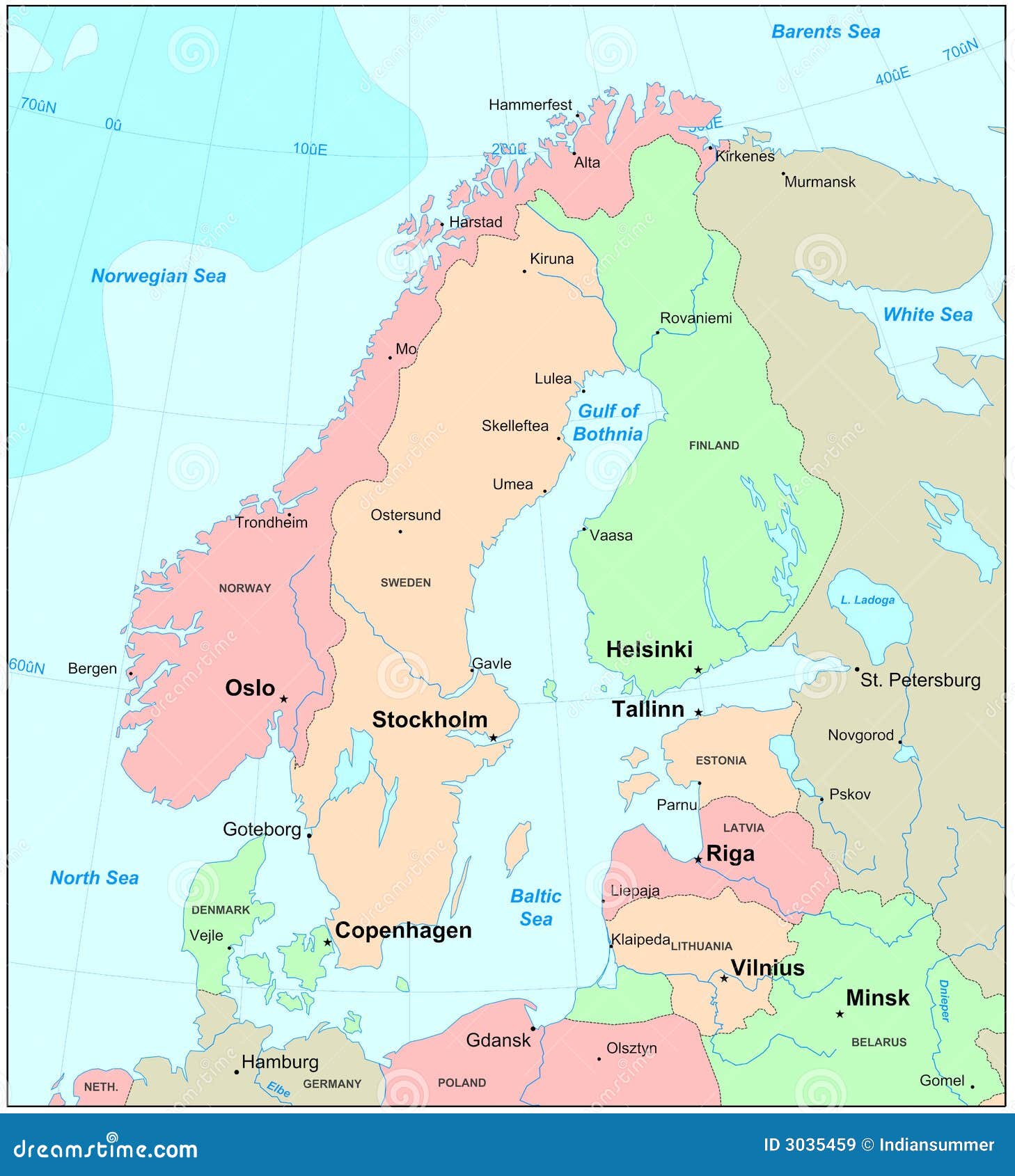 You also have to remember that the First campaign of conquest in WWII in Europe. Was by Hitler’s then Ally -Stalin. A true Monster of a Man.

So The Finns really did not have a choice on the matter. I mean look at who do you want to have pissed off at you? Pretty tough choice huh?

So the Finns just hunkered down. And then started throwing punches & somehow survived. Due to some great Leadership under this stud of a man. 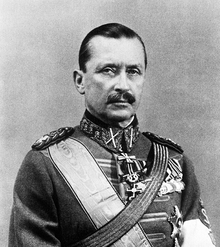 I have owned a couple of the Mosin–Nagant rifles over the years. During which I have found the Finnish models to be the best of the lot.
That & while they are heavy and bulky. They do shoot pretty well with the Russian 7.62x54r round. Which is a serious man stopper round.

As this guy would heartily agree with down below.

Simo “Simuna” Häyhä (Finnish pronunciation: [ˈsimo̞ ˈhæy̯ɦæ]; 17 December 1905 – 1 April 2002), nicknamed “White Death” (Russian: Белая смерть, Belaya Smert; Finnish: valkoinen kuolema; Swedish: den vita döden) by the Red Army[citation needed], was a Finnish sniper. According to western sources, using a Finnish-produced M/28-30 rifle (a variant of the Mosin–Nagant rifle) and the Suomi KP/-31 submachine gun, he is reported as having killed 505 men during the 1939–40 Winter War, the highest recorded number of confirmed sniper kills in any major war.[2][3] However, Antti Rantama (Häyhä’s unit military chaplain), credited 259 confirmed sniper kills were made by Simo Häyhä during the Winter War.[4] Häyhä wrote in his diary, found in 2017, that he killed over 500 Soviet soldiers (by both sniper rifle and machine/submachine gun).[5]

Häyhä was born in the municipality of Rautjärvi in the Grand Duchy of Finland, in present-day southern Finland near the border with Russia, and started his military service in 1925. He was the second youngest of a Lutheran heritage family of farmers of eight children.[6] Before entering combat, Häyhä was a farmer and hunter. At the age of 20, he joined the Finnish voluntary militia White Guard (Suojeluskunta) and was also successful in shooting sports in competitions in the Viipuri Province. His home was reportedly full of trophies for marksmanship.[7] 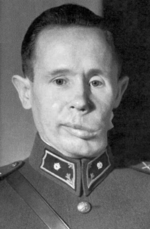 Häyhä in the 1940s, with visible damage to his left cheek after his 1940 wound

During the 1939–40 Winter War between Finland and the Soviet Union, Häyhä served as a sniper for the Finnish Army against the Red Army in the 6th Company of JR 34 during the Battle of Kollaa in temperatures between −40 °C (−40 °F) and −20 °C (−4 °F), dressed completely in white camouflage. Because of Joseph Stalin’s purges of military experts in the late 1930s, the Red Army was highly disorganised and Soviet troops were not issued with white camouflage suits for most of the war, making them easily visible to snipers in winter conditions.[8]
According to Western sources, Simo Häyhä has been credited with 505 confirmed sniper kills.[2] A daily account of the kills at Kollaa was made for the Finnish snipers. All of Häyhä’s kills were accomplished in fewer than 100 days – an average of just over five per day – at a time of year with very few daylight hours.[9][10][11]
However, Simo Hayha’s result is impossible to check, because his targets were always on the Russian side.[12] During the war, the “White death” is one of the leading themes of Finnish propaganda.[13] The Finnish newspapers frequently featured the invisible Finnish soldier, thus creating a heroic myth.[14][15] Depending on the statistics, Häyhä is believed to have killed between 200 to 500 enemies by sniper rifle.[15]
A. Svensson, Häyhä’s division commander, credited Häyhä with 219 confirmed sniper kills, and an equal number of kills by submachine gun, when he awarded Häyhä an honorary rifle on 17 February 1940. In his diary, military chaplain Antti Rantamaa reported 259 confirmed sniper kills and an equal number of kills by machine/submachine gun from the beginning of the war until 7 March 1940, one day after Simo Hayha was seriously wounded.[16]
Some of Simo Häyhä’s figures are from a Finnish Army document (counted from beginning of the war, 30/11/1939):

Häyhä used his issued Civil Guard rifle, an early series SAKO M/28-30 (Civil Guard district number S60974). The rifle was a Finnish White Guard militia variant of the Mosin–Nagant rifle, known as “Pystykorva” (literally “The Spitz”, due to the front sight’s resemblance to the head of a spitz-type dog) chambered in the Finnish Mosin–Nagant cartridge 7.62×53R. He preferred iron sights over telescopic sights as to present a smaller target for the enemy (a sniper must raise his head a few centimeters higher when using a telescopic sight), to increase accuracy (a telescopic sight’s glass can fog up easily in cold weather), and to aid in concealment (sunlight glare in telescopic sight lenses can reveal a sniper’s position). Häyhä also did not have prior training with scoped rifles thus using captured Soviet scoped rifle (m/91-30 PE or PEM) in combat without proper training was not what he preferred to do. As well as these tactics, he frequently packed dense mounds of snow in front of his position to conceal himself, provide padding for his rifle and reduce the characteristic puff of snow stirred up by the muzzle blast. He was also known to keep snow in his mouth whilst sniping, to prevent steamy breaths giving away his position in the cold air.[19]
In their efforts to kill Häyhä, the Soviets used counter-snipers and artillery strikes,[citation needed] and on 6 March 1940, Häyhä was hit in his lower left jaw by an explosive bullet fired by a Red Army soldier.[20] He was picked up by fellow soldiers who said “half his face was missing”, but he did not die, regaining consciousness on 13 March, the day peace was declared. Shortly after the war, Häyhä was promoted from alikersantti (Corporal) to vänrikki (Second lieutenant) by Finnish Field Marshal Carl Gustaf Emil Mannerheim.[21]

It took several years for Häyhä to recuperate from his wound. The bullet had crushed his jaw and blown off his left cheek. Nonetheless, he made a full recovery and became a successful moose hunter and dog breeder after World War II, and even hunted with the Finnish President Urho Kekkonen.[19]
When asked in 1998 how he had become such a good shot, Häyhä answered, “Practice.” When asked if he regretted killing so many people, he said, “I only did my duty, and what I was told to do, as well as I could.” Simo Häyhä spent his last years in Ruokolahti, a small municipality located in southeastern Finland, near the Russian border. Simo Häyhä died in a war veterans’ nursing home in Hamina in 2002 at the age of 96,[21][22] and was buried in Ruokolahti.[23]

All that I know for a Red Hot Gospel Truth. Is that I would not want him pissed off at me in my Area of Operations! 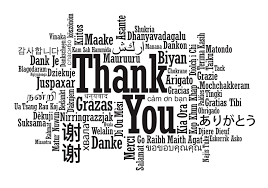 for your time spent here!
Grumpy