Police help terminally ill girl, 16, check off a bucket list item… by letting her fire a TASER at an officer 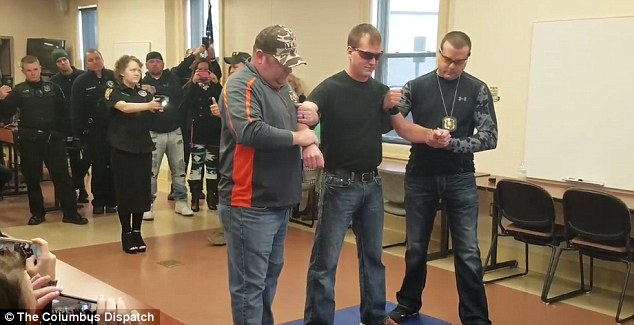 The 16-year-old prepares to fire at  Sgt. Doug Bline who is flanked by two assisting officers

Newark Police Department, New York agreed to partake in the unique event after her family and friends contacted the force for filmed event.

The first to volunteer out of six, Sgt. Doug Bline, was selected to receive the tasering and after some training, Alyssa, who donned a fitted Newark Police uniform shirt with her name on it, took aim and fired.

Around 50 people were in the room to witness the girl, from a farm in the village of McConnelsville, shoot at the policeman who winced in pain and slowly fell to the ground, flanked by two other officers, after she pulled the trigger.

Alyssa also took up the unexpected opportunity to fire at her uncle Barry, who is a State Highway Patrol trooper and gave her the inspiration to fire a Taser after she watched a video of him getting hit by one during his police training. 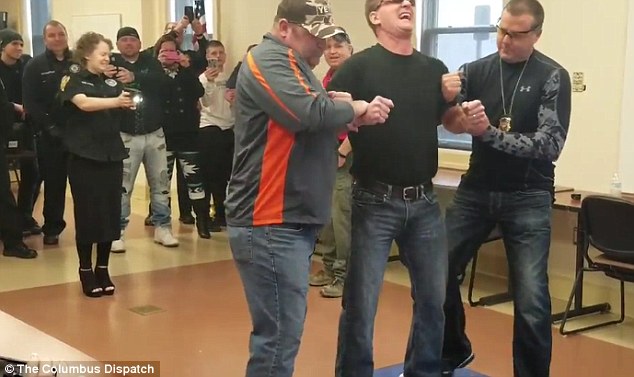 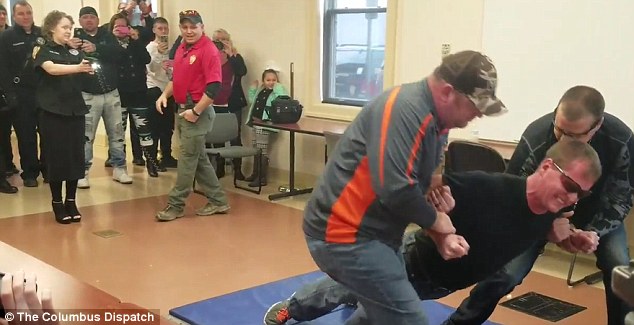 Bline falls to the ground. He said the pain he endured was worth it for Alyssa’s happiness

Connell asked if her uncle had done anything in the past that she might like to get back at him for to which she agreed, reported the Columbus Dispatch.

‘It’s painful, but given her situation, it’s a no-brainer,’ said Bline, the first officer to be shot.

‘If I were her parent in this situation, I’d be happy to know that someone was willing to do this for her.’

He also said it was an educational opportunity to show that Tasers ‘are a very safe, effective way to subdue someone.’ 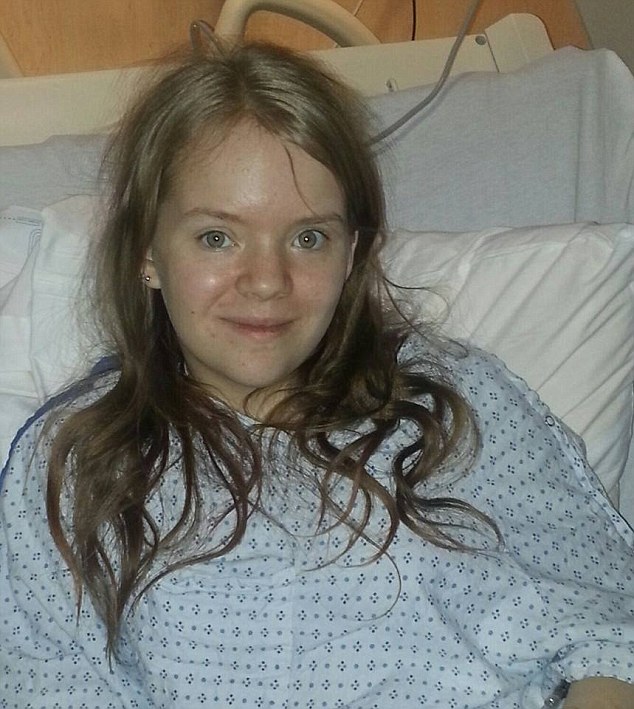 A photo from the Alyssa Elkins Support Page. A post from January 23 read: ‘The results to Alyssa’s biopsy shows that she has indeed relapsed and has leukemia. She has decided to refuse another transplant. As it has a much higher risk of relapse then even the first’

Her bucket list also included petting a miniature pig which came along to the taser firing with her.

Speaking on the day Alyssa said: ‘God loves everybody and he’s for us and not against us. He puts us through trials,’ she said. ‘In the end, I’m not really scared. If he takes me, I know where I’m going.’

‘She’d never hurt anyone,’ said her mother Tiffany Elkins. ‘My other daughter wasn’t even sure Alyssa could push the button, that she’d be too afraid to hurt somebody.’

You always think “How bad could it really be?” Everybody I know who’ve been tazed, all tough-enough guys, say they would NEVER do it again. One cop did say he’d rather do that then get maced again because a Tazer is over when it’s over and the agony of mace goes on and on. Another guy told me it definitely wasn’t worth getting paid $100 and pissing his pants in front of everybody at a trade show. I suspect I’d still go for it but it’s sure not on my list!

Tell you what. You may have my turn and please you don’t have to thank me for it! Grumpy

Been tased a couple of time during training as a cop. No big deal, lots of nervous laughter when they put one lead in the shirt pockets at each end of each officer in a line of half a dozen or so with linked elbows. Good on her. Kind of an unusual request, but hey … whatever floats your boat.