Here’s the story of Captain Robert Campbell, a different kind of P.O.W.

A few weeks into The First World War and he was already captured by the Germans and sent to a prison camp, far away from any atrocities.

Remember this was WWI and the Imperial German Army still treated P.O.W’s with decency and nothing else special .

In December 1916, Cambpell heard word from home about his mother dying of a disease that was beyond curable. In a desperate attempt to be beside her in her last few days, Campbell wrote directly to Kaiser Wilhelm II.

To everyone’s surprise, not only did the Kaiser accept his request, but also accorded him a full 2-weeks stay plus two travel days, only if Campbell agreed to come back.

And, as a man of honor that he was, he did came back after spending his last moments alongside his mom by crossing the no-man’s land again to his fellow inmates.

Conditions in the camp didn’t seem to be too good because he began digging an escape tunnel to get away. This scheme failed but he was liberated anyway in 1918, without experiencing the meatgrinder of the front. 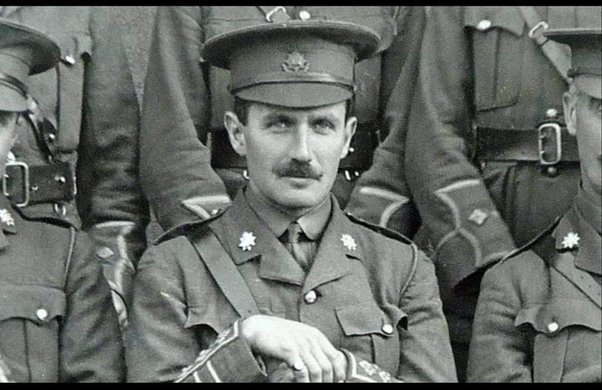 Conditions? Maybe not that great. The degree of chivalry shown between the two sides? Exceptional

I wished there were more honorable gentlemen like him today.