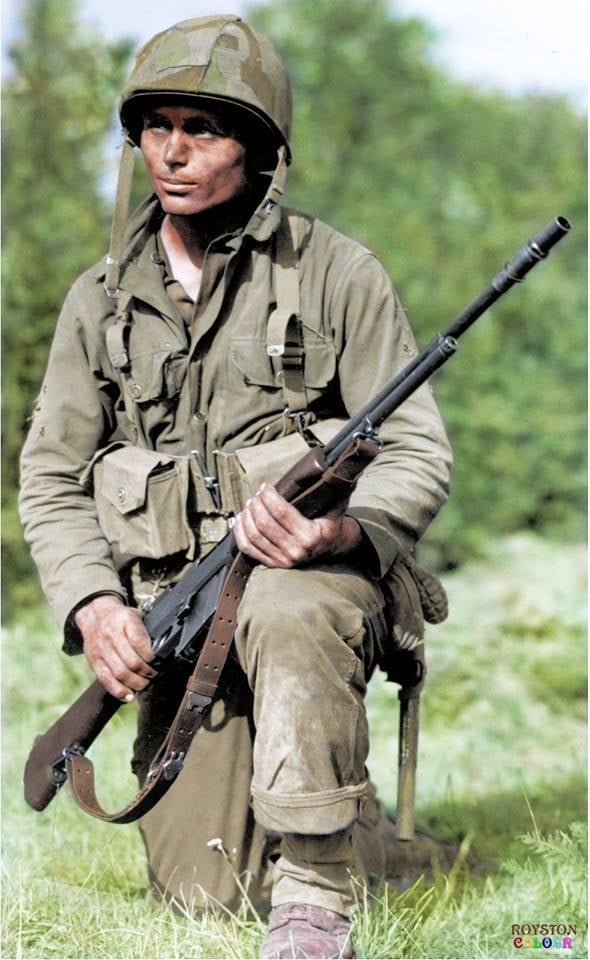 PFC Floyd L. Rogers from Texas and with ‘C’ Company, 38th Infantry Regiment, US 2nd Division in Northern France, June 29 1944. (Note the German camo helmet cover).
He was killed less than two weeks after this picture was taken, on July 12,1944. At the time of this photo, he had received credit for killing 27 enemy snipers with his (BAR) Browning Automatic Rifle.