Years ago, I guided elk hunters during a late-season hunt in Montana’s Bitterroot Mountains. It snowed constantly, with temperatures hovering around minus 20 degrees Fahrenheit. One of the hunters carried a semi-auto hunting rifle chambered in .30-06 Springfield. Snow would get into the rifle’s action and freeze up. Every time we set up to watch a meadow or felt like we were closing in on the author of a set of fresh tracks, we’d chamber a round in preparation for a shot.

I’d have to dig out my Leatherman tool and use it as a hammer to pound the semi-auto’s “bolt” rearward, breaking the ice and forcing the action open to chamber a round. I had to repeat the process to clear the chamber. It was dangerous, and a terrible way to treat a nice rifle. Additionally, the ice effectively converted the semi-auto rifle into a “one-shooter.” The bolt-action rifles in camp would ice up as well, but thanks to their design, still functioned, though stiffly.

Conditions like those are tough on rifles. Cold, snow, dust, ice, heat and mud all adversely affect rifles. Here are five tips to help you keep your hunting rifle functioning during a hardcore hunt in tough conditions. 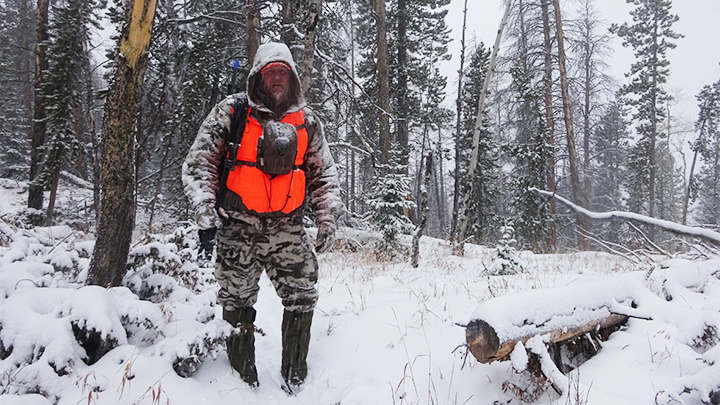 1. Tape Your Muzzle: Keeping the inside of your barrel clean and free of moisture, dirt and debris can be critical to the success of your hunt and the health of your rifle. Several years ago, I was guiding a fellow on a limited-entry bull elk hunt in Utah. It had taken him almost a quarter-century to draw the tag, and he really wanted a big bull. We’d followed a herd of elk through pinion and juniper timber for some time before they stopped in a little canyon, and we readied for a shot in case the bull we were hunting showed himself. When the hunter tried to chamber a round, the bolt wouldn’t close. Forty-five minutes of wilderness gunsmithing later we finally managed to dislodge and remove a tiny piece of bark that had been snagged in the ports of the rifle’s muzzle brake, slid down the barrel (the rifle was carried muzzle up via a shoulder sling) and lodged against the shoulder of the chamber, making it impossible to chamber a round. Thankfully the big bull hadn’t shown himself, but if he had, we would have been up the creek without a paddle. It was a good lesson on the importance of keeping your muzzle protected.

Keeping water out of your bore is the most common reason to tape up. Not only can it cause rust, if water droplets build up in the bore and then a shot is fired the moisture can block the bore and cause excessive pressure. 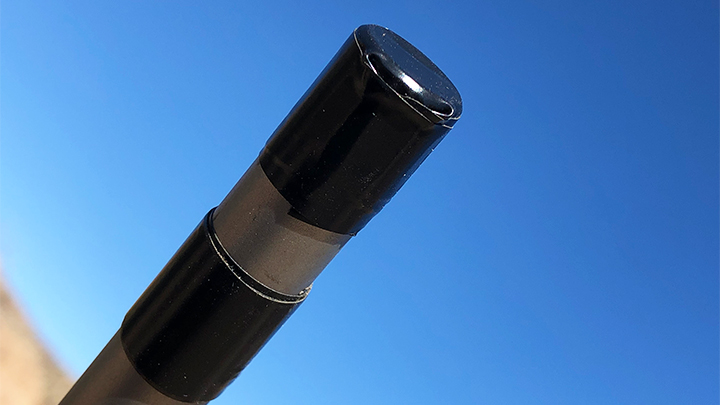 My favorite way to cover the muzzle of my rifle is with electrical tape. Put one layer across the muzzle and reaching ¾ inches down each side. Unspool another six inches and wrap it cleanly around the barrel an inch or two behind the muzzle to serve as extra tape. Once you’ve shot and the tape is blown off the front, just clear the remnants and replace with a section of your extra tape.

Another great method is to use a tiny balloon. Simply pull the balloon over the muzzle, where it should fit tightly around the outside of the barrel. This method will serve better on any rifle with a muzzle brake.

The question always arises: Will taping/covering my muzzle adversely effect accuracy? The answer is no. I’ve shot many animals with my muzzle taped and never had a shot go astray. That said, if I were preparing for a long-range shot, say beyond 400 yards, I would remove the tape before shooting if time allowed. 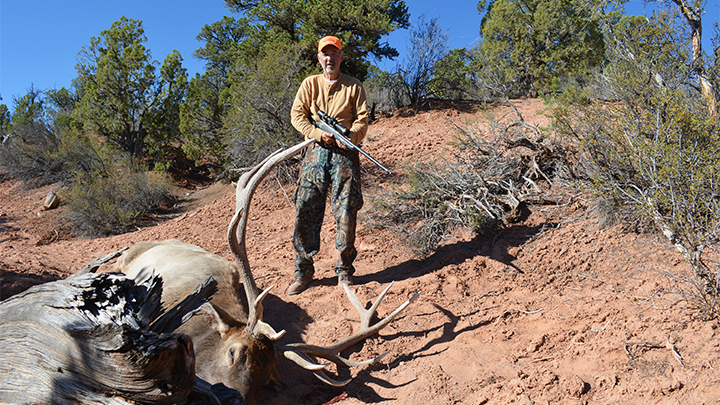 2. Deal With Dirt: Many of the west’s greatest hunting opportunities, as well as a majority of African hunting, occurs in arid, dusty environments. Your rifle will inevitably become permeated with dust, regardless of how hard you try to protect it. Dust won’t harm your rifle and is easily wiped away after your hunt, so long as you follow good dust-country protocol.

When hunting in a dusty environment, carefully wipe away any oil on your rifle. This includes inside the bore, and is especially important on all moving parts. Any surface oil will collect dirt and dust, turn to mud and act as an abrasive, causing rapid and excessive wear. In drastic cases, the mud can clog the action on your rifle and render it unusable until you administer a thorough cleaning. When wiping your rifle down, don’t use any solvent or cleaner; you want the pores of the metal to retain enough oil to keep it healthy. 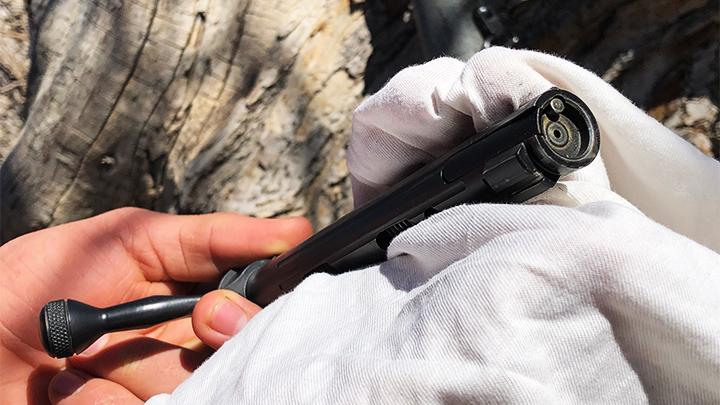 3. Cope With Cold: The biggest trouble cold temperatures might cause is freezing up your rifle, like what happened to the hunter in the beginning of this article. There are two main ways it happens: First, ice builds up in the action. This is usually not a huge problem for a quality bolt-action hunting rifle. Second, oil can congeal in the action making it stiff, and if oil congeals around the firing pin, it can fail to strike, resulting in a misfire. The only way to solve the issue is to remove the bolt, warm it well, and disassemble and wipe the inside of the bolt and the firing pin free of oil.

When you’re preparing for a cold-weather hunt, take the time beforehand to disassemble and wipe the oil out of your action and firing pin assembly. Replace it, if you wish, with non-congealing oil. My preference is to leave it dry, and then disassemble, clean and oil it nicely after the hunt is over.

Condensation can be a problem on cold-weather hunts. Rifles brought in from the cold, especially into a heated wall tent or similar, will rapidly gather moisture and non-stainless rifles may rust surprisingly fast. The best cure for this problem is to leave your rifle outside in a sheltered place during the night. Don’t do this, obviously, during a polar bear hunt. Better a rusty rifle than a fat polar bear. 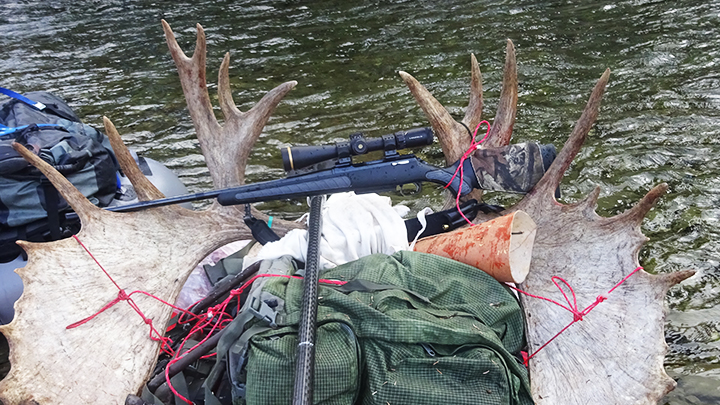 4. Prevent Corrosion: The hardest use I’ve ever seen rifles endure was in a brown bear camp on the Alaskan Peninsula, where I’d gone in pursuit of a story and, accidentally, agreed to work as a packer. Several of the guides had stainless Ruger Model 77 rifles that they used as backup rifles, walking sticks and anything else that came to mind, even as a staff braced against the stream bottom when crossing rushing rivers.

Taj Shoemaker, one of the guides, had performed a rust-preventative test using a broad assortment of oils and protective agents including Rem Oil, WD-40, Kroil, Corrosion-X and more. He treated matching pieces of metal with the different agents, labeled them, and laid them out in the brutal Alaskan Peninsula weather for months, observing and keeping a record of rust progression. Corrosion-X proved to provide the best protection by a significant margin. At his recommendation I dampened some shop towels with the agent, sealed them in a zip-lock, and used them regularly to wipe down my blued Winchester 1886. It worked wonderfully, and I highly recommend doing the same if you will be hunting in a truly wet, corrosive environment. 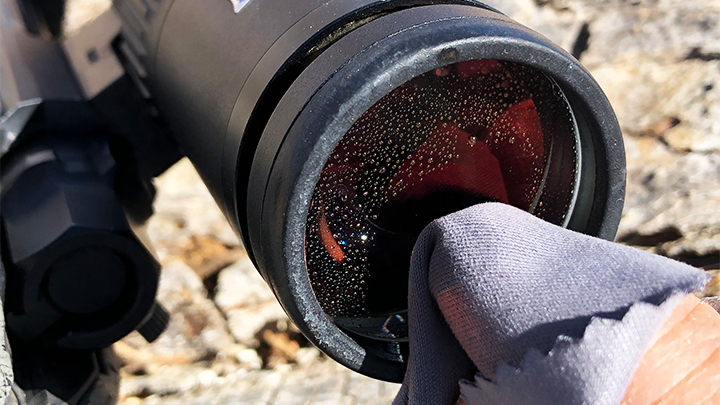 5. Scope Maintenance: Riflescopes don’t need a ton of care, and honestly, the best preventative measure you can take is to invest in a high-quality optic. Better to spend a few hundred extra now than to shed bitter tears after a huge buck or bull is lost due to a scope that lost its zero or fogged up at the moment of truth. Heat, cold, dirt, water, ice, bumps and jolts, and a generally rough lifestyle is the lot of a hardcore hunter’s scope, and an expensive, high-quality optic will weather the storm much better than a cheap version. 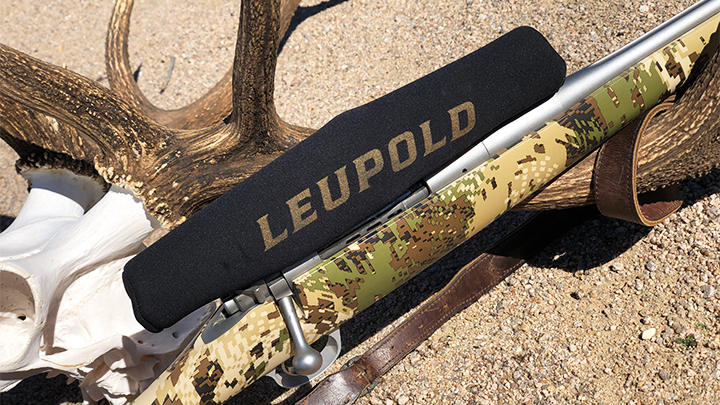 Things you can do to protect and care for your riflescope include keeping a neoprene scope cover on it, wiping the body and turrets clean on a regular basis, and exercising care when cleaning the lenses. Many hunters will simply rub a dirty sleeve across their dusty lenses every once in a while. This does more harm than good, grinding abrasive dirt and dust from both the lens surface and the sleeve into the glass, scratching and wearing away the lens coatings. Instead, use your breath to blow away large particles, then use lens cleaning solution and a soft lens cloth to gently coax away remaining dirt and grime.

If your rifle takes a fall or bumps hard into something, examine the setup, especially the scope, for damage. You may need to re-zero; because more than likely your scope has been nocked off, especially if there is a visible mark or damage to the scope’s exterior. For that reason, I always carry 10 or 15 extra cartridges in my pack. 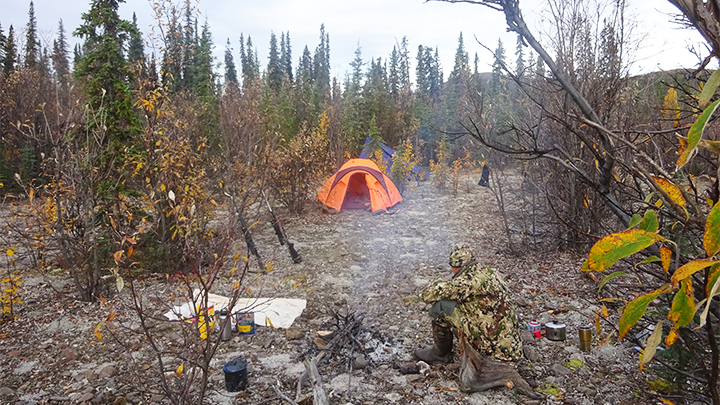 Conclusion
If you follow the guidelines above, your rifle will stand strong though almost anything a hardcore hunt throws at it. When the big buck or bull of your dreams offers a shot, it’ll be ready and so will you. Remember to thoroughly clean and lightly oil the rifle after the season is over. If you’ve removed or substituted oil during a particularly dusty or cold hunt, take the rifle apart, clean other agents away and lightly oil with a quality firearm oil. Then store it on a clean place. It’ll be ready and waiting when the season rolls around again, and your next adventure awaits.