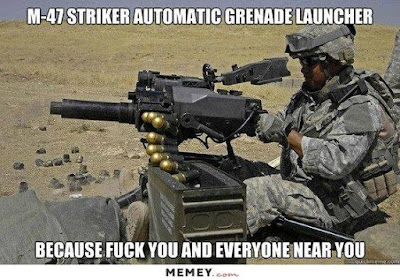 In honor of the anniversary of The Americans With Disabilities Act. An American who didn’t let the loss of her leg stand in her way. (OK, that’s an excuse – I didn’t want to wait for her birthday, which is in April.)
Born April 6, 1906. Virginia Hall: America’s Greatest Female Spy – Historic Heroines. This linked article is long, but still worth your time.
She spoke five languages, and worked at several consulates across Europe, but the Foreign Service kept rejecting her application. Mostly it seems, because she was raising the alarm about Hitler long before most Americans – and especially those in the US Foreign Service – were taking him seriously.
While hunting in Turkey, she had an accidental discharge of her firearm, which resulted in her losing her left leg below the knee. (She was climbing over a fence.) She named her wooden leg Cuthbert. Despite the injury she volunteered as an ambulance driver in France during the Blitzkrieg. After the Nazi occupation of France, she made her way to England and joined the Special Operation Executive. (SOE was competitor to MI6, but protected by Churchill.)

After rigorous spy training designed to test the mettle of even the most resolute male candidates, she returned to Vichy France undercover as an American Journalist (prior to the US having joined the war). There, at great personal risk, Virginia, worked doggedly to collect intelligence, help form the French Resistance and rescue downed RAF pilots. She organized sabotage efforts on German supply lines and successfully planned daring POW prison escapes. All the while, knowing that capture would mean imprisonment and certain torture at the hands of the Vichy Police or German Gestapo.

She was on the Gestapo’s “most wanted” list.
After America got into the war, she “transferred” to the OSS (which later would become the CIA). And did more of the same. By this point the Americans wanted experienced agents to prepare for the invasion everyone knew had to come eventually. But since she was known to the Gestapo, she disguised herself (and her limp) as an old woman.

Upon her return to occupied France, Virginia immediately jumped back in with the French Resistance working tirelessly as a covert wireless radio operator reporting critical intelligence that could affect the D-Day invasion. … While on the move, Virginia used her previous experience organizing resistance efforts to assemble a fighting force of French guerillas that could support the Allied Invasion. Many initially refused to take orders from a woman, however, as she demonstrated her ability to provide valuable weapons and explosives with London’s full confidence, their sentiments rapidly changed. When the Allied Troops invaded Normandy on June 6, 1944, Virginia and her resistance army of over 400 volunteers sprang into action. Destroying train tracks, disrupting supply lines, attacking German troops and committing other acts of sabotage, Virginia and her force slowed the Nazi response to D-Day in any way possible.

After the war, she was awarded the Distinguished Service Cross, the only civilian woman to receive one. The recommendation, and citation – from the desk of Harry S. Truman – can be viewed at this link. (The interface isn’t the best, but you can enlarge the documents.) Some of the documents weren’t declassified until 1991.
Rejected Princesses also has a nice piece on Virginia Hall. I am really starting to love Rejected Princesses. (“Well-behaved women rarely make history.”)
The CIA has an official site devoted to her, but it is a bit short. Virginia Hall: The Courage and Daring of “The Limping Lady”. Still, it is worth a look. (And they gave me the idea about the ADA.)

A native of Baltimore, Virginia Hall Goillot is perhaps best known for her heroic service in the British Special Operations Executive and the American Office of Strategic Services (OSS) during World War II, but she actually spent more time in CIA.

She died in 1982. In 2017 the CIA named a training center in her honor, and a commissioned painting of her hangs in CIA headquarters.

The Dogs of War vs. ISIS Jihadis

The hero Alsatian was accompanying the troops on a training exercise in the north of the country when their convoy of four vehicles came under fire from extremist militants.
One of the SAS cars was destroyed by a homemade bomb and the outnumbered forces were forced to split up and take cover.
With the ISIS fighters pinning the British troops down using two heavy mounted machine guns, an American soldier who was with the group released the snarling dog.

That’s like opening a can of whoop-ass, only furrier.

It charged at the attackers, dodging bullets before taking down one of the jihadis and ripping his neck and face.
It then turned its attention to another extremist, savaging his arms and legs in a frenzied assault.
The jihadis, who are thought to have never seen an Alsatian before, fled the scene screaming, allowing the SAS team to call in air support.

The team then made their way to safety with the dog, who is now being treated by the troops as a hero.

“A snarling Alsatian running at you is very frightening and probably not something the jihadis had encountered.
“The dog did its job and returned to its handler worth its tail wagging.”

This made me laugh out loud.  I can just imagine what the dog was thinking in his doggie brain.  Didja see what I did?  Didja?  Didja?  Can I do it again?  At least, that’s what Wolfgang would be thinking. 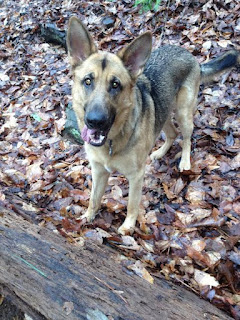 This moment of awesome is brought to you by a heads up from the Queen Of The World, who knows a thing or two about German Shepherds.

I seriously think that Officers should be “dropped” more often! 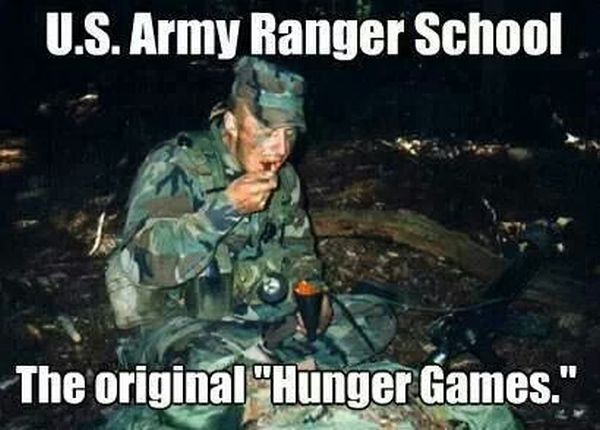 I am so glad that I did not go to “John Wayne” High School! 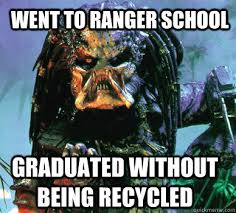 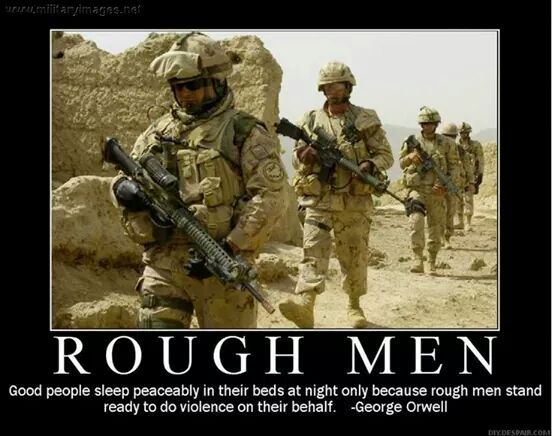 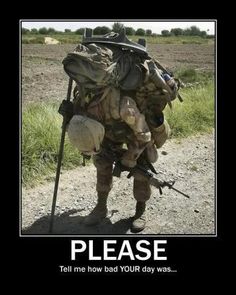 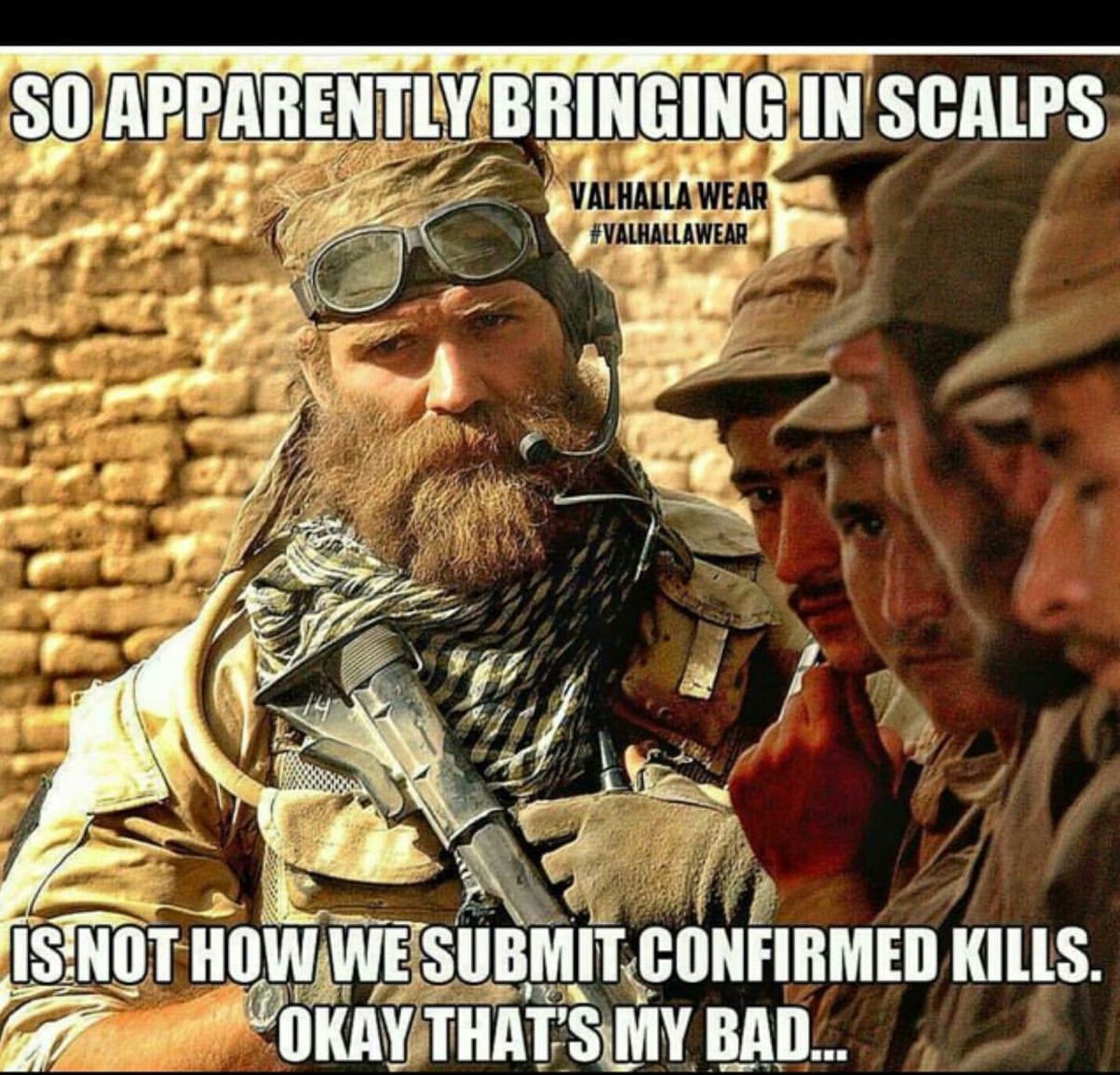 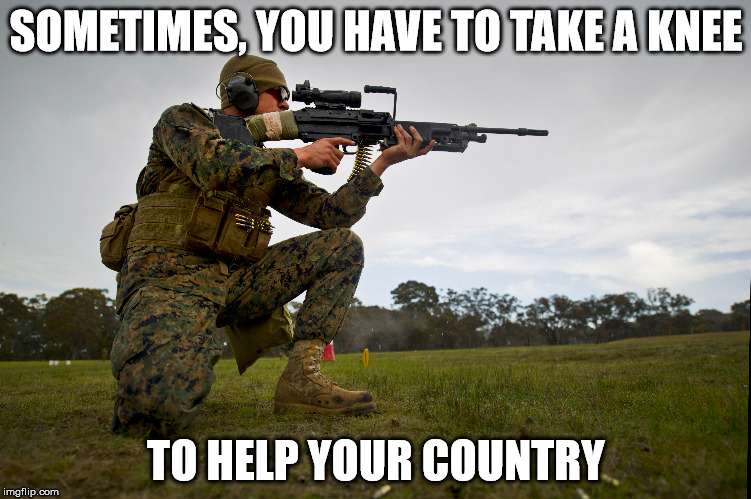 God bless them all & may they have good hunting!
Grumpy

This is so typical of folks. Who for the first time are allowed to shoot a gun. The sheer joy is just a wonderful sight to behold!   Grumpy

Here is another good news piece from Vice. Which like a lot of the media has its problems. But they do some good & interestings stories about stuff the other clowns either ignore. Or is not allowed to look into. Grumpy

I guess some Folks were not as crafty as they thought back during the Vietnam War. When they thought that they would miss the war by joining the Coast Guard. Oops! 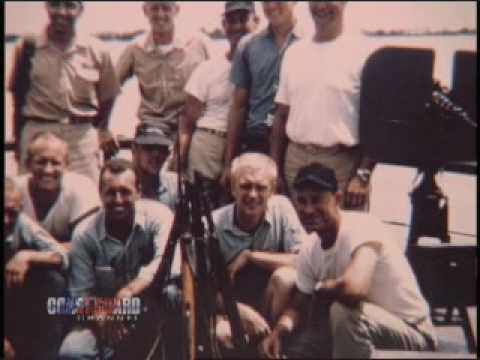 By the way, A Mad Minute is an Old WWI British Army trick. What would happen the CO would be in a piss poor mood or something.
So usually the order would go out. Telling the Grunts to lock and load their weapons. They then  would unload everything they had for a “mad minute” at the bad Guys. When given the order. This usually happened at Sunrise or Sunset and would usually really piss of the enemy.
This tactic is still used today. As it is a great way o establish fire superiority. Or to really mess with the other fellows plan for the day.

https://youtu.be/1csr0dxalpI
If you have the time. This is one of the better war Movies out there.
Enjoy
Grumpy