Some of the key reasons on why I will usually buy a Sporterized rifle instead of a factory made rifle. Are easy to understand if one is willing to think things thru a bit. Sorry if I sound patronizing on that last part.

Now do not get me wrong as all of the Major Companies that make Bolt Actions are generally pretty good guns. But there are some things about them that make me very hesitant about shelling out the big bucks for them. Ike’s Winchester model 12
So if you have been kind enough to bear with me so far. Here goes my thinking on this subject.
Now today most factory rifles are a series of compromises, cutting corners and other things done to to increase the profit level of the company that makes it. 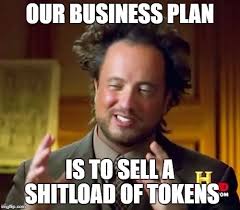 Now there is nothing wrong with that as the Share Holders rightfully expect that. Otherwise they will take their money elsewhere. Then the Company goes out of business and a lot of folks are out of work.

Some other problems that face the industry is that of labor. Now do not get me wrong. I think that the Working Man is the backbone of this nation. That & w/o them this country would be in a world of hurt. But being human.They also have some problems. For example, no one in their right mind wants what is called a Friday or Monday Car. Or worst of all a post Super Bowl Car. Fortunately the Quality Control Guys get most of them before they leave the site. That is also why most states have Lemon Laws on their books. But not for guns!
Also up until recently all the Major Gun Companies were having to use Union Labor. Which in turn drives up the cost. Now having been a former reluctant member of the Teachers Union*.  I think that I can say that Unions are at best a mixed bag for everyone. But that is just the way it is and I do not think that its ever going to change.
But let us move on.
So let us say that I did buy a news rifle out of the box. It seemed to me that I always had to go the local gunsmith and have it “tuned up”.
As it almost always seemed that the issued trigger was not up to snuff. That and the barrel had to be free floated. Otherwise my basic pattern would like like a case of measles on the target.
I will not go on about replacing the recoil pad. (Especially if it was a Ruger #1 Rifle) Or having a scope mounted on it. (Granted Ruger does make it easy with their scope rings system to be fair about it)
More Tomorrow!
* The Only Thing that my Union ever did for me. was to take a $150 a month out of my paycheck. That & when ever I got into trouble at work. The only person who helped me out was myself. So now you might understand my position about organized labor.