One of the only guns that I know of that had its own designed in mind vehicle. The Bren carrier **Trigger Warning, Some serious bragging is coming up**
Now I have seen this machine gun a couple of times. Once at the Imperial War Museum in London. Where I was allowed to pick it up.

Somebody trying to & did win a Victoria Cross in WWII Burma
At 22 pounds, I really feel sorry for the poor guy who had to hump this on a route march of any distance. The other time at a Machine Gun shoot at a very hot and nasty place.
From what I saw about it was that it was a pretty good squad machine gun for its time. Frankly I think that it was almost as good as the M-60 MG. That I served with in the Army.

Now here is a couple of strange things that I noticed about it. Because the British / Commonwealth / Empire  Army was stuck with the 303 Enfield Rimmed Round. It had to use and curved magazine that is mounted on top. So when you cranked off a round. Gravity would help in both ejecting and feeding it another round. Pretty smart thinking says I. 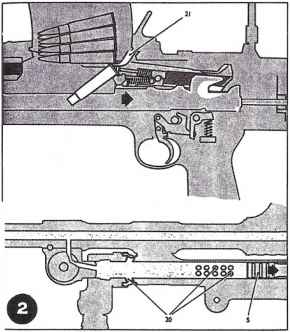 I am  also willing to bet that it was mighty useful that both the Rifleman and the Bren Gunner used the same ammo. Always a good thing when high speed metal is flying around.
The other thing that struck me about this gun. Is the sight system that it uses. Because of the magazine blocks a straight view across the barrel. The sights have to be offset on the right hand side. Now for some good news! First off way the Troops found that the Bren was too accurate! In that a good man could literally & consistently put a round thru the same hole. Again & again.
So a smart Trooper would hold on to a worn barrel. In order to get a better pattern when time came for suppressive fire.
Also after the war. The British Army wisely kept this gun inservice right up to the Falklands War in the early 1980’s. But wisely had it rebarreled in the 308 NATO round. I am told in this form it also gave the Crown great service.

Notice the straight magazine compared to the earlier model. As the 308 round is rimless.

Here below is some more good stuff about this stout Warrior 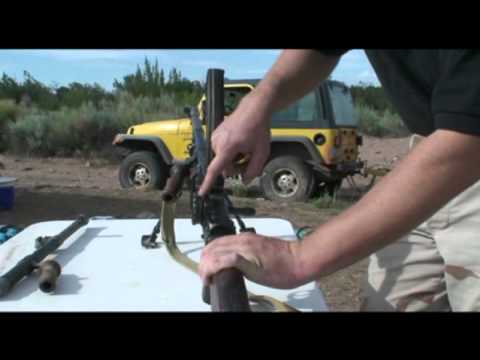 Bren Gun at the Range 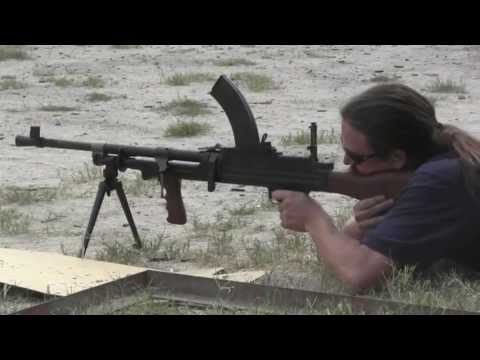 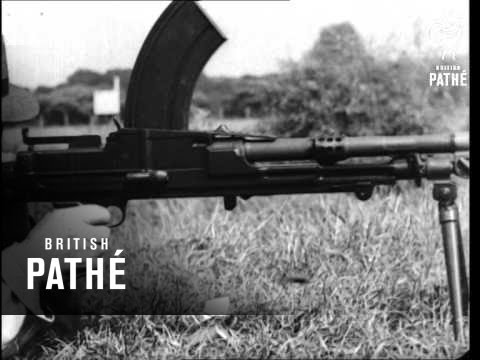 One of the most iconic British WW2 weapons today, the Bren Gun was in short supply in 1939 but quickly became the backbone of the British infantry.

While all the combatant nations engaged in World War I fielded machine guns during the conflict, the British Army’s Vickers was arguably the best medium machine gun of the war, while their Lewis gun—an American design but perfected by the English—was the most effective light machine gun.

However, both weapons had their problems. The Vickers Machine Gun was a heavy Maxim-type weapon. Water-cooled and belt-fed, it was very reliable. But it was also a very complex war tool requiring a specially-trained crew, and the weight of the gun and the prodigious amount of water and ammunition it required meant the Vickers was restricted to a purely static defensive role. The Lewis gun had been adopted during the Great War to provide close support for advancing troops. It had an air-cooled barrel and fired .303 caliber bullets from a 47-round pan magazine mounted on the top of the piece. Unfortunately, the Lewis gun was still relatively bulky, complicated, suffered from a high rate of stoppages, and could not maintain sustained rates of fire due to its barrel overheating, causing the gun to simply stop working.

Faced with the shortcomings of their standard medium and light machine guns, the British Army sought to replace both in the 1930s. That year, a contender to replace the Lewis gun appeared in the form of the Zb 26: a light, air-cooled, magazine-fed weapon produced by the Brno Firm of Czechoslovakia. Modified to shoot the standard British Army infantry and machine gun .303 caliber ammunition (or 7.7x56mm), the gun—now designated the Zb 30, with a 30 round curved magazine—caught the attention of the Small Arms Committee. After a few minor alterations, the Czech fire arm-called the ZBG 34, was adopted by the Army. Referred to as the BREN, from “Brno” and “Enfield”, assembly lines were set at the Royal Small Arms Factory in 1935, with the first finished product appearing in September 1937.

The original Bren gun was designated the Mark 1. It was capable of semi or fully automatic fire from a distinctive curved top-mounted 30-round magazine. It was 45.5 inches in overall length, and employed a quick-change 25-inch barrel, which could be replaced in seconds, allowing it to keep up a sustained rate of fire. The Bren gun used a magazine rather than the better belt-fed system due to the theory (proved incorrect by the Germans with their MG 34 and MG 42s) that the former made the weapon more portable. The piece weighed 22 pounds and 3 ounces, and fired 500 rounds per minute.
Throughout the Second World War, the Mark 1 Bren was modified three times to include the models Mark II, Mark III, and Mark IV. The same .303 caliber ammunition as the Mark 1 was used, so the differences between these patterns were a few pounds of weight and inches shaved off the later model’s overall length and barrels. In mid-1944, the Bren was standardized as the Mark III with a full length of 42.9 inches, barrel length 22.25 inches, and weighing 19 pounds and 5 ounces. Its effective range was 600 yards. It was essentially a lightened Mark 1, but fitted with a simpler ladder back sight of the Mark II, a shorter and lighter barrel (which reduced accuracy) and simpler butt. Over 57,600 Mark IIIs were produced during the war.

Backbone of the British Infantry During World War II, the Bren gun became the backbone of the British infantry. Every infantry section of ten men (equivalent to an American rifle squad) and its combat tactics were built around the Bren light machine gun, with the section’s riflemen tasked with augmenting the firepower of the Bren. Each infantry section contained a seven-man Rifle Group, and a three man Bren gun Group. In addition to carrying extra Bren gun ammunition, the Rifle Group would provide security and replacements for the Bren gun crews, while the Bren gunners provided the main killing power of the infantry section.
In addition to the Bren in each infantry section, every infantry battalion included a carrier platoon made up of 13 Universal Carriers (unofficially called “Bren Gun Carriers”) in four sections of three vehicles each. Each conveyance carried a Bren gun and a three-man crew. Further, support units (ie,. supply, artillery) carried on their rosters Brens for close defense and anti-aircraft protection.
Bren guns were integral in anti-tank warfare. Although not able to knock a tank out with their small arms ammunition, their fire would cause the enemy tank crews to “button up,” limiting their fields of vision, and dispersing opposing infantry supporting the tanks. Anti-tank weapons could then be brought to bear on the steel monsters with less risk to the attackers.

Useful in the Far East and Western Front

When war broke out on September 1, 1939, the Bren had only been recently adopted by the British Army and was in short supply. After the British evacuation of France in June 1940, only 2,300 Bren guns were available for service. A chronic shortage of the weapon persisted until late 1942, when production of the gun by the UK, Canada, and Australia made up the shortfall. By war’s end Bren guns were in plentiful numbers with all British combat divisions: 1,262, 1,376, and 966 in infantry, armored, and airborne, respectively.
In the Far East, Commonwealth soldiers appreciated the Bren’s portability, as much of the fighting took place in swamps and the jungle and where the armament’s heavy caliber rounds could easily penetrate the thick vegetation. The Australians took to the Bren very quickly, using it as a heavy automatic rifle rather than a machine gun.
When the Allies landed in Italy in 1943, and then in France the next year, the Bren was not affected by the bitter winters found in those theaters of the war. More importantly, it allowed the British infantry, still equipped with bolt-action Enfield Rifles, to maintain a respectful rate of fire compared to the Americans’ use of the semi-automatic Garand Rifle, and the Wehrmacht’s employment of the excellent MG-42 Light Machine Gun.
The Bren gun, in its last incarnation—the post-World War II L4A4—was effectively removed from active service in the mid-1980s being replaced by the L86 Light Support Weapon. While never completely replacing the Vickers, the Bren did serve as the primary support arm for British and Commonwealth troops through World War II and Korea, and set the British small-unit infantry tactics on a path they would follow until the 1980s.
Originally Published January 20, 2015