French gun owners are surrendering their weapons in record numbers at police collection points across the country as a round up of unlicensed firearms winds down.

France is keen to limit the number of illegally owned firearms – as many as six million, authorities estimate – and the Macron government is offering an amnesty in an effort to limit their distribution.

Rifles, handguns, ammunition, even knives and grenades, have been handed in at 300 collection points across the country since the start of the Ministry of Interior’s campaign on Nov. 25.

Those who bring in the weapons face no penalties and their offerings will be destroyed. 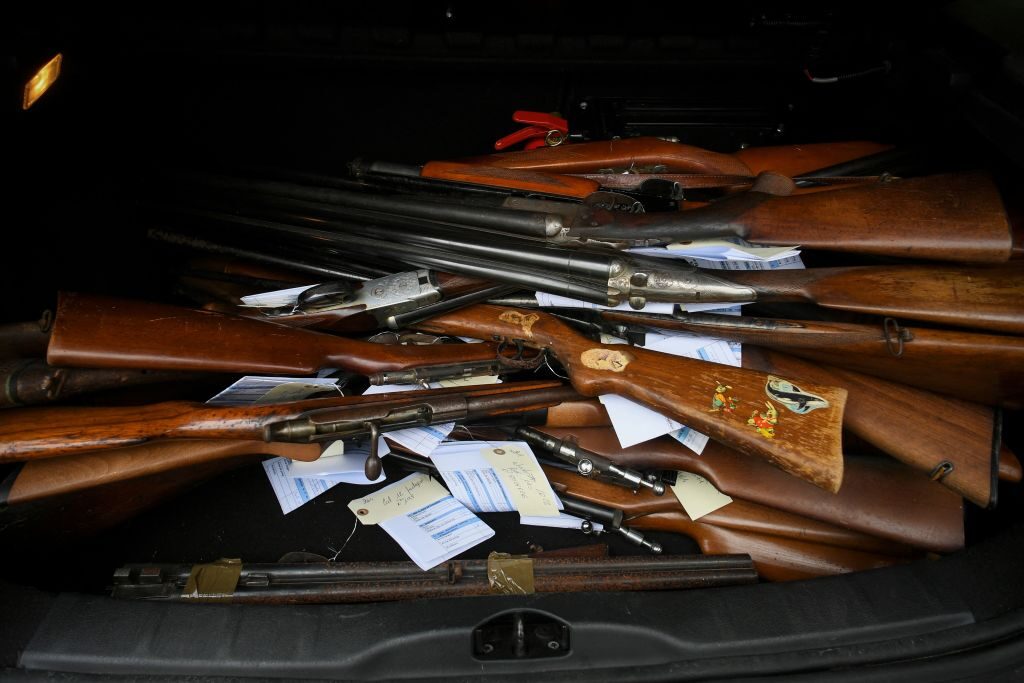 Surrendered guns are stacked in the trunk of a car, in Lisle-sur-Tarn, south-western France, on November 28, 2022. (VALENTINE CHAPUIS/AFP via Getty)

By Wednesday, Reuters reports 65,000 firearms of all types had been turned in, along with 1.6 million bullets and other projectiles.

“This campaign is here to help French people surrender these objects that are rather cumbersome for most,” police commandant Florence Gavello said at the collection point in Nice.

Other authorities shared that optimism of a national disarmament, in keeping with other efforts in countries as far away as Australia to take weapons away from law abiding citizens.

“We believe there are about 5 or 6 million weapons that are being kept in an irregular manner by our fellow citizens,” said Jean-Simon Merandat, Head of the Interior Ministry’s Central Service for Arms and Explosives.

“Eighty to ninety percent of these weapons are in their possession due to an inheritance.” 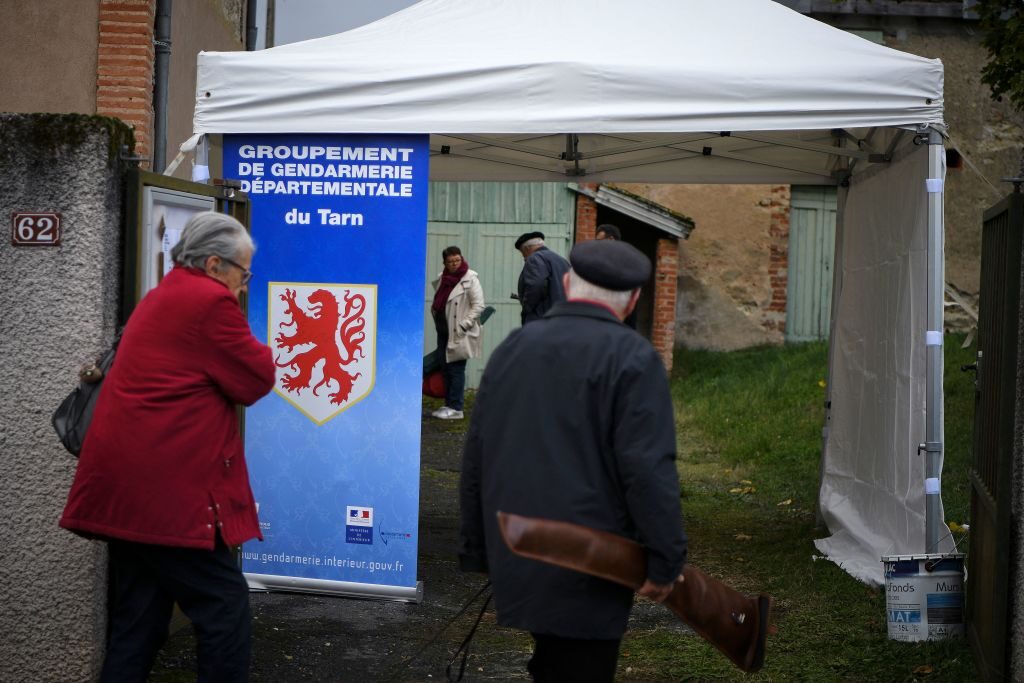 Two elderly people arrive to give a firearm during a collect in the former school of Lapeyriere in Lisle-sur-Tarn, south-western France, on November 28, 2022.(VALENTINE CHAPUIS/AFP via Getty Images) 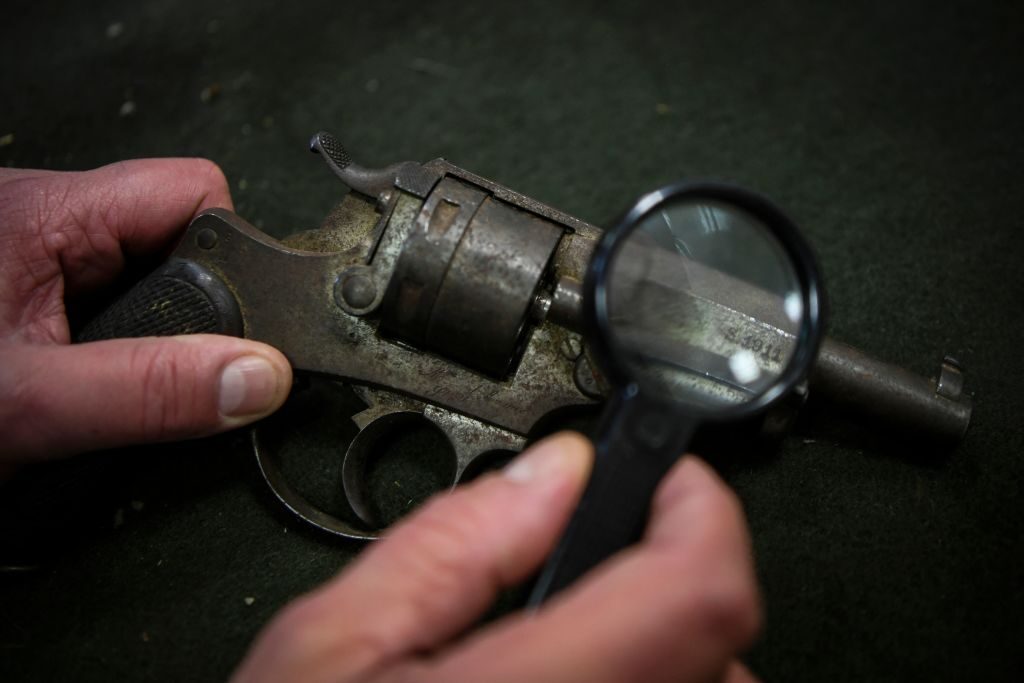 A French gendarme checks the serial number of a surrendered firearm collected in the former school of Lapeyriere in Lisle-sur-Tarn, south-western France, on November 28, 2022. (VALENTINE CHAPUIS/AFP via Getty Images)

“When we talk to them, they’re quite happy about … getting rid of them.”

The campaign ends Friday, after which collected weapons will either be handed over to museums or destroyed.

With a population of 67 million people, France has proportionally much fewer guns than countries such as the U.S.

2 replies on “You had me at “French surrender”.”

Thanks for taking the time to read my humble blog. I also wonder how much of the gear that the French Resistance was “forgotten” to be turned in. As it must be a monstrous amount as both the Brits and US dropped untold amounts into France. Plus all the stuff that was taken off the Germans. Grumpy