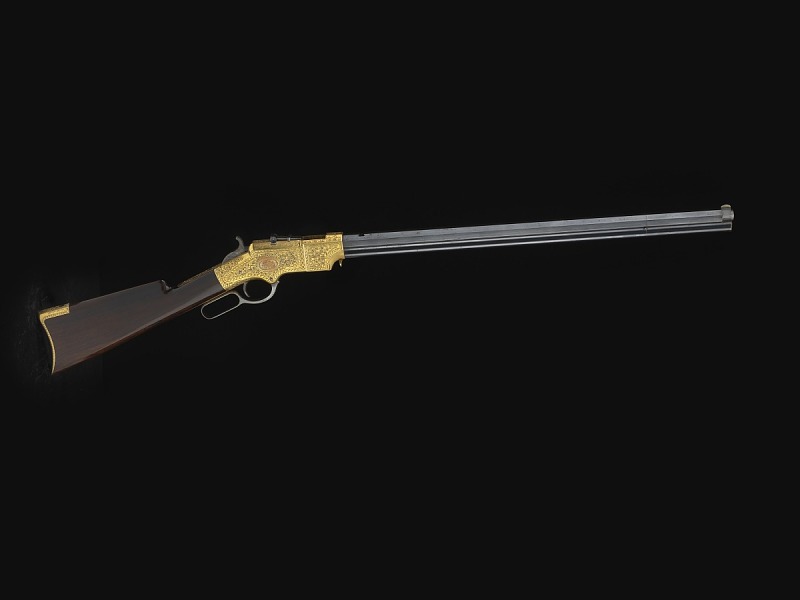 This gold-mounted, engraved Henry rifle was presented to Abraham Lincoln in an effort to obtain his influence in their purchase for the war effort. This rifle was awarded the National Rifle Association Collectors Society Gold Medal as an outstanding historical firearm.General HistoryThe Henry, the first practical, lever action, repeating rifle, is the immediate forerunner of the famous Winchester rifles. About 14,000 were made between 1860 and 1866 by the New Haven Arms Company. Only about 1,731 Henry rifles were purchased by the Ordnance Department between 1862 and 1865. A number of units in the West purchased them at their own expense. It was especially popular in Kentucky, Illinois, Missouri and Indiana. The 1st Maine and 1st District of Columbia cavalry regiments are known to have been issued Henry rifles. Said one confederate soldier, “It’s a rifle you could load on Sunday and shoot all week long.”