In my last post, I focused more on the first day a Cherry spent in the jungle.  He discovered how difficult it was to

search for the enemy through the thick, impenetrable jungle while carrying sixty-five pounds of supplies on his back.  The temperature and humidity were both near one-hundred and it felt like walking through the largest sauna in the world.  His first night was like a terrible nightmare; the pitch blackness limiting visibility to only a foot.

His bed was the jungle floor; sharp twigs, roots and stones jabbed at him all through the night, jarring him awake each time he shifted around or turned over.  He was so tired, but would not sleep on this first night.  He knew the enemy was out there somewhere looking for him, and every shadow – be it leaves and branches moving during a short breeze or the moonlight filtering through the canopy and dancing across the vegetation.  All this told his brain that something  is out there.  He’s paralyzed, frozen in place with fear, too afraid to even close his eyes.  He prayed for daylight, which was still hours away.  It was, by far, the most terrifying night of his entire life.

Today, I want to write more about another fear these young men had to endure while living in the jungles.  Mother Nature had created many wonderful things over time; some were beautiful and others were downright frightening.  The jungles of Vietnam were home to every creature,

beast, and insect known to man.  Some veterans attest to seeing tigers and elephants in the boonies, but I can’t say that I saw neither.  However, I had seen many wild boars, cobras, small and deadly viper snakes, different spiders and a few boa constrictors.  Someone once said that Vietnam was home to 100 different species of snakes – 98 were poisonous and the other 2 could crush a person to death.

Tarantulas (and other species / sizes of spiders – some the size of dinner plates), red ants, and black horseflies all hurt like hell when they bit.  Bees,

supplied by the military kept many of the flying insects from landing on bare skin, but did nothing to prevent those long-beaked malaria-carrying insects from biting you through clothes.  I’d try to cover my head at night with a poncho liner to keep the mosquitoes away, but it was hot and uncomfortable and there was no escaping the constant buzzing in your ears as the blood-thirsty swarms hovered above my head, awaiting patiently for an opportunity to taste the sweet nectar.

Another heart stopper is when you felt something moving across your body during the night –  there were no lights to turn on or flashlights available to investigate – besides, any light in the dark jungle would be a beacon to those who want to kill me.  You took your chances and either swatted, brushed, jumped up from the ground, or just left it alone.  Some of these creatures had claws

that gripped you; swatting at them usually pissed them off and resulted in a retaliatory bite, sting, or pinch.  Most of the above were venomous and could make one very sick or even kill. 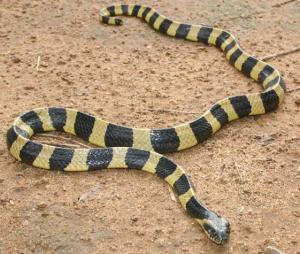 Someone once said that what you can’t see won’t hurt you.  That might work for your peace of mind during the night, but let me tell you, these creatures were always found in the damnedest of places first thing in the morning.  You could find them in your pockets, boots, helmet, rucksack, canteen cup, or laying with you under the warmth of your lightweight poncho liner blanket.  A search and destroy effort was usually the first thing on the agenda every morning.

We had no choice but to endure! How would you have fared?

Thank you for taking the time to read this. Should you have a question or comment about this article, then scroll down to the comment section below to leave your response.

If you want to learn more about the Vietnam War and its Warriors, then subscribe to this blog and get notified by email or your feed reader every time a new story, picture, video or changes occur on this website – the button is located at the top right of this page.

I’ve also created a poll to help identify my website audience – before leaving, can you please click HERE and choose the one item best describing you. Thank you in advance!