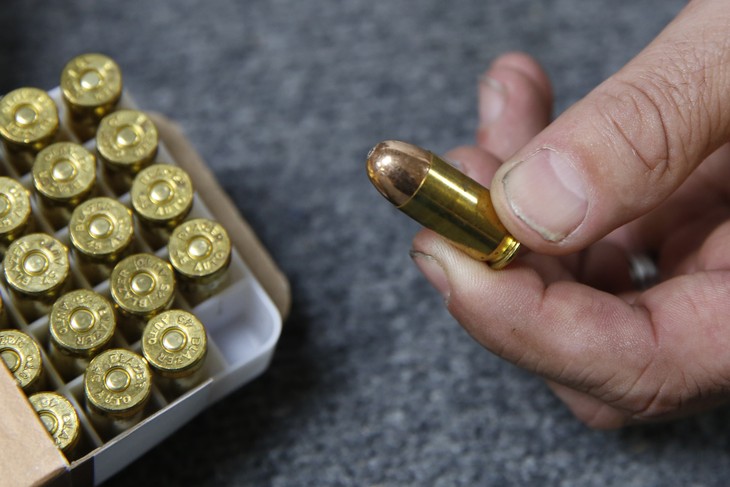 You know the drill. A high profile shooting happens. Anti-gun groups make statements based on emotions. Then more “we’re doing something” legislation gets introduced. If I had to guess, if I saw the playbook of say Mom’s Demand Action, they might say something specifically that tells their freedom stifling “advocates” to ignore the facts and statistics, and focus strictly on emotion. That’s just a “guess” if I had such an opportunity. On April 20, 2021, “Jamie’s Law” was reintroduced in congress. The bills are S. 1237 and H.R. 2715.

If you take the time to sift through the gobbledygook of the text of the bill, you might get lost quickly. When these bills get introduced, well for starters, they don’t post the bill text right away. This is a problem that was highlighted by one of my colleagues, Dave Workman, at AmmoLand in a recent article. More often than not those looking for proposed bill text must sift through press releases by whomever introduced the bill in order to actually see what law changes are on the table. Another interesting fact is the “summary” of the bills does not come for some time as well. The summaries are important, as they try to put in plain English what the bill intends on changing. This bill is no different. The side bar conversation is that in 2021 there is zero excuse for the bill text and summary to not be posted the day they are introduced. I get it, the Library of Congress has a lot going on. But, we have the internet. If our NICS system, which is electronic in nature is instant and good enough for guns, an instant system should be good enough for the the bills introduced by the gun grabbers.

Jamie’s Law is a bill that has not seen a lot of press or coverage, despite it was introduced in the past. From a press release by Representative Debbie Wasserman Schultz (FL-23) we have some information though:

Jaime’s Law is named in honor of Jaime Guttenberg, one of 17 victims in the mass shooting at Marjory Stoneman Douglas High School in 2018.

I have yet to meet a person of any political affiliation or group that has celebrated the shooting at Marjory Stoneman Douglas High School. What happened was a tragic domestic terroristic event and occurred because of the failures of many people, systems, and law enforcement agencies. This is another piece of proposed legislation that would not have made a difference in the outcome of what occurred that day.

What would the bill aim to do? Require every person to submit to a background check prior to purchasing ammunition. More on the bill:

“To impose background checks on purchases of ammunition is really the epitome of common sense. It’s the reason why six states, including Connecticut, have imposed such life-saving background checks,” said Senator Blumenthal. “There is no infringement on the Second Amendment, and there’s no inconvenience involved. The purchase of ammunition is seamless and quick for people who are law abiding. The point is to keep ammunition, as well as guns, out of the hands of people who are dangerous to themselves or others. We are inspired to work to pass Jaime’s Law and to make it the law of the land.”

They further expand on the states that already have these “common sense” laws on the books:

Many states – including Connecticut, Illinois, New Jersey, California, and New York – have led the way in requiring a background check to obtain a license to purchase or possess ammunition. However, it is clear that gun safety measures save far more lives when they are enacted nationwide, and don’t allow purchasers to evade background checks by crossing state lines, or shopping for lax state regulations.

And to save you the time of deciphering the bill text, the press release is capped off with:

Jamie’s Law would close this loophole by requiring all buyers of ammunition to undergo an instant background check using the FBI National Instant Background Check System (NICS), the same quick and easy process that applies to the purchase of firearms. Participants will discuss these and related issues.

Here’s the issue. Taking Connecticut, Illinois, New Jersey, California, and New York, and using them as an example of the way things should be done is daft. All the states listed house some very dangerous cities and areas. Chicago, is that a bastion of safety when it comes to crime and murder committed with a firearm? This past weekend says no. Illinois has also completely jumped the shark when it comes to the use, abuse, of the NICS system, as they run a background check on every single firearm licenses holder daily. Does that really make Illinois safer? No.

Let’s consider what New Jersey brings to the table concerning ammunition and background checks. Yes, if an individual wants to buy pistol ammunition on the Garden State, they must furnish the dealer with a firearms identification document, pistol purchaser’s permits, or permit to carry. Yes, an individual must pass several background checks in order to get those documents. No, a NICS is not required to buy ammunition in New Jersey. That is for pistol ammunition. The press release and introduction of the bill leaned heavily on the shooting at Marjory Stoneman Douglas High School in order to trump up support for the bill. Well, that event was committed with the use of a rifle. The inconvenient thing that the press release fails to mention is that in New Jersey, you know one of the states that is being applauded for their great laws, a person does not need any special identification to purchase rifle or shotgun ammunition. A valid driver’s license showing the individual is over the age of 18 is all that is needed.

Like most freedom limiting measures that are being branded in the interest of public safety, if this were law, there would be zero effect on crime. The fact that in New Jersey one can purchase rifle ammunition without a background check, while both applauding NJ’s laws, and saying we need this because of the Stoneman shooting is just false advertising. Unfortunately the uninitiated public at large that may have little familiarity with the nuance of gun control laws gets exploited, leaning on those emotional arguments. Forget the facts, lean on the emotions. Honestly, how many background checks are enough for the anti freedom caucus?