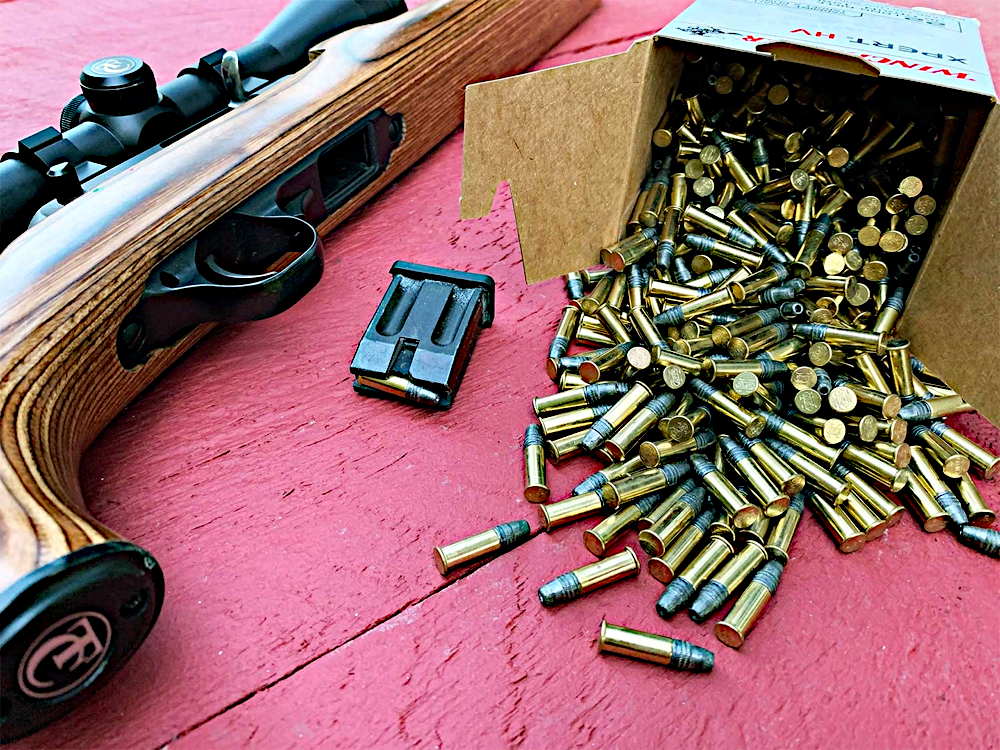 What would I do with my last box of .22 Long Rifle? First, I’d ask that it be a 100-round, hard-plastic box of good high-velocity hollow-points, like 37-grain Super-X’s or CCI Mini-Mags. I won’t cheat and call a 550-round value pack “a box.” Then I’d put it away and write my 6-year-old son, Anse, a letter for him to read after he gets a little older:

Son, this is a curse. I had thousands of .22s to shoot up when I was your age, but you only get these. That’s a raw deal for someone with your interests and inclinations, but life’s full of raw deals. You’ll manage.

You can learn a lot with a .22 rifle and 100 rounds, so long as you don’t do something stupid with them, like shoot road signs or the old appliances laying in the creeks.

Get a rifle to call your own. If there’s an old one of mine you like, I’ll give it to you. But don’t be afraid to shop for yourself. Nostalgia doesn’t make a rifle shoot, and in fact, I’ve seen plenty of old guns that weren’t worth a shit. When you get a really good rifle, you’ll know it. Until then, know that searching for it is one of life’s great pleasures.

When you have it, save your money until you can buy a good scope, otherwise you’ll spend just as much on two or three cheap ones that you won’t like. Get good mounts, too. With just 100 rounds, you can’t be fretting about your gun being off.

Don’t leave anything to chance when you check your zero. Get a good rest on a solid bench, on a range with no distractions. Just about every problem I’ve ever had sighting in a gun happened because of a shaky table or contorted shooting position. You don’t have many shots, son, so be sure not to waste them here.

Then, you know what to do: Wait until the last week in August or the first one in September. Head to the hardwoods. Any of the ridges we’ve always hunted will be fine. Go alone. Pick a sunny morning that’s calm and still and cool—maybe 12 hours after a rain so the leaves on the ground are soft and quiet. Don’t go if it’s been raining all night, though, because the droplets will still be falling from the canopy, and it’s hard to tell the difference in that sound and the sounds of squirrels cutting.

Look for the mature pignut and shagbark hickories. There’ll be one or two growing for every 10 oaks on a ridge, and you know what they look like. If you hear a hickory nut fall to the ground, it’s probably because a squirrel dropped it, since the mast around here doesn’t fall on its own until late September. Stand there a minute or two, and listen for teeth scraping on the nut. Then you’ll know for sure.

Sneak up on the sound. Watch for limbs shaking. Use the shadows to get close. If you spook a squirrel it’s OK, because there’ll be another one—but eventually you’ll learn how to get right under them, and almost never spook them. Find a sapling for a rest, one that’s several inches around so the trunk doesn’t flex and so that you’re solid, and shoot the squirrels in the head. Take no other shots but that. Clean every squirrel, and cook them for yourself or share them. Don’t ever waste one.

One hundred rounds of .22 won’t last long, but it’s enough, if you use a few each fall, to learn how to do this. And if you learn how to do this, you can go hunting for anything else, anywhere on the planet, and hold your own just fine. —Will Brantley