A while back in the good old days. I was offered a great deal on a Parker Hale Bolt Action Rifle in caliber 22-250.

I am now so glad that the Good Idea Fairy was around and that I bought it. As it shoots a really tight for me pattern. When I take it out on the Benchrest at the local shooting Emporium Range .

Now I am the first to admit that it is not my best looking rifle. It has one of the ugliest stocks with pressed checkering. That I have seen in quite a while.
Plus I had to have the trigger worked on. Since at first the trigger weighed in at over 8 pounds.
But “my” Smith was able to get it down to a very crisp two pounds now.

Now that was $40 bucks well spent in my humble opinion!
But considering how well it shoots for this old duffer. Or the fact that I did not have to have it tuned up by a Gunsmith too much. I would be a real idiot to complain about it.

They also come in these other favors too!
Parker Hale in 7mm Rem Mag 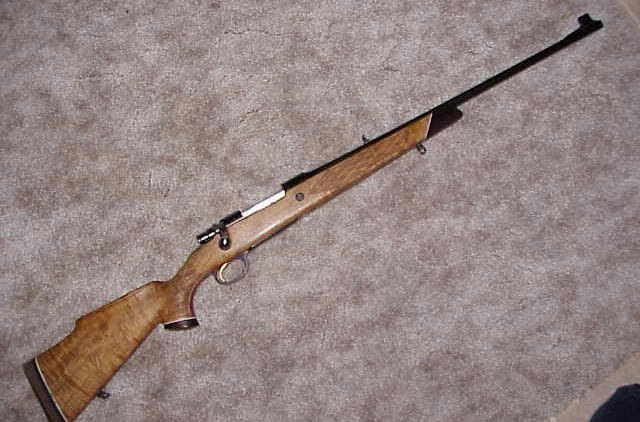 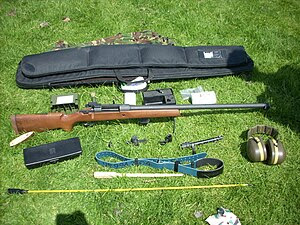 All I know is that if one comes up for sale in my general area. That and if it is not really ridiculous in price. Then my Credit card is coming out of my wallet at a pretty good speed for this Old Fart.

Other Stuff about them that I found on the net. So far it has basically backed me up on my opinions.

PARKER-HALE LIMITED
Previous gun manufacturer located in Birmingham, England. Rifles were manufactured in England until 1991 when Navy Arms purchased the manufacturing rights and built a plant in West Virginia for fabrication. This new company was called Gibbs Rifle Company, Inc. and they manufactured models very similar to older Parker-Hale rifles during 1992-94. Shotguns were manufactured in Spain and imported by Precision Sports, a division of Cortland Line Company, Inc. located in Cortland, NY until 1993.
Parker was the previous trade name of the A.G. Parker Company, located in Birmingham, England, which was formed from a gun making business founded in 1890 by Alfred Gray Parker. The company became the Parker-Hale company in 1936. The company was purchased by John Rothery Wholesale circa 2000.
Parker-Hale Ltd. continues to make a wide variety of high quality firearms cleaning accessories for both rifles and shotguns, including their famous bipod.