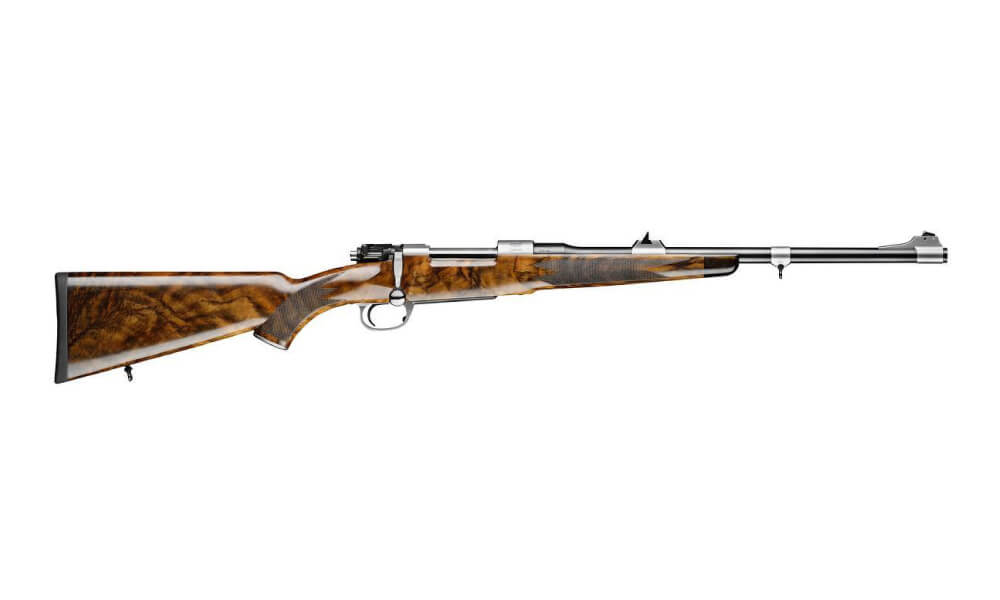 Details are few and far between, but it looks like Mauser is set to reboot their classic Mauser 98 rifle with DWM brand markings.
Deutschen Waffen-und Munitionsfabriken, or DWM, was formed in the late 19th century when the Mauser company joined with Ludwig Loewe and bullet maker Deutsche Metallpatronenfabrik AG. That conglomerate produced the Mauser 98 series bolt-action rifles, which armed German troops (along with troops from many other countries) until after World War II.

Now Mauser is bringing back a DWM-branded M98, and it looks like it’s going to be a beauty.
“Today connoisseurs still appraise the legendary DWM hunting cartridges and the Mauser 98-actions of the DWM 1908- and DWM 1909-series,” Mauser says on their website. “Now the old alliance with Mauser is renewed and DWM is back. Stay tuned and learn more about a German legend and interesting products to come.”

In his comprehensive overview of the Gewehr 98 Mauser, Christopher Mace called the original M98 “one of the most historically significant and technically influential firearms in history.”
“In one variant or another, it armed men on both sides of two world wars and continues to be seen in conflicts around the world to this day. Rifle actions are still being based on it or using its features,” he continued.
When Mauser came back in the 1950s without DWM, the M98 wasn’t part of its offerings. The company only resurrected the legendary rifle in the 1990s as a high-end safari gun in magnum chamberings such as 9.3x64mm and .416 Rigby. They later added Standard models with calibers starting at 7x57mm.
In recent years, Mauser has sought to gain a share of the U.S. market with the popular M18 line, dubbed “The People’s Rifle” by the company. Mauser added a 6.5 PRC chambering at this year’s SHOT Show to complement the six other popular calibers currently offered. The rifle comes with a sub-MOA guarantee and runs for a reasonable $699.99 MSRP.
Mauser did not respond to a GunsAmerica request for pricing and caliber information on the new DWM-branded M98. Best guess on price? Not cheap. Other modern M98 models can be had for the low, low price of ~$8,000.