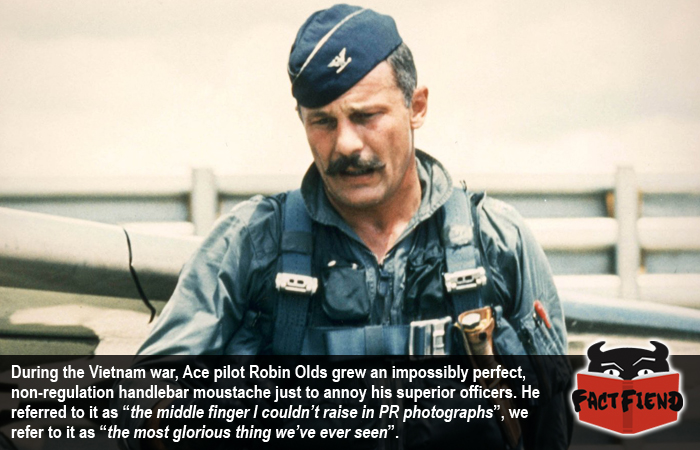 Posted on 09/04/2017 by Wirecutter
This was sent in by one of our regular readers, Rurik.
Reprinted without his permission.
It happened in a galaxy far away and long ago. The galaxy was South Vietnam and the time was 1970. I was a Specialist 4 trying, not completely successfully, to adjust to the military ambience. Or in the technical language of the military, I was an asshole with an attitude. And an enormous mustache.
Now you might think that in an extraordinarily hot and humid tropic country, a mustache would be the very last thing one would want to grow on one’s face. And ordinarily you would be correct. However, the army is very much like being in high school; whatever they say you cannot do, is exactly what you desire most to do. And when an army seeks order by intricate regulation, it summons from the depths of hell a legion of barracks lawyers.
In the midst of war, out near the sharp and pointy end, such niceties as the minutiae of personal grooming are usually overlooked. But I had been reassigned to finish the last part of my tour of duty in the battalion motor pool. The motor sergeant was one Sergeant Jach, a man who seems to have excelled at being a Tech Sergeant, since he had been promoted to that rank repeatedly, and showed no sign that he ever intended to advance to First Sergeant. His primary talents were yelling, verbal abuse, and throwing around his rank, skills highly valued in his current position. Oh, and selective enforcement of petty regulations.
Which brings us back to … The mustache. It had already left behind the Teddy Roosevelt stage and had reached Stalinesque proportions, and showed every sign of aspiring to a truly Nietzchean dimension. And I was happy. And then one day, the mustache was noticed by Sergeant Jach.
“Specialist! That fucking mustache isn’t regulation. Get it trimmed or get rid of it by noon formation. That’s an order!” And he quoted me the regulation standard, a military mustache could not extend beyond the ends of one’s lips, nor touch the nose, nor touch the top of one’s upper lip – essentially a David Niven mustache.
In such a circumstance, there is only one thing a troop can do. And after lunch, before formation, I bade my mustache farewell, and trimmed it. But strangely this did not satisfy Sergeant Jach.
As we stood in formation and were called to order, his eye fell upon me….
“Wha…! What! What? What…the fuck!!!?” Perhaps for the first time in his career, even obscenities failed him. “Specialist. What’s that on your face?”
“My mustache, sergeant. Trimmed to regulation, just like you ordered.”
“But … Its only on the right side of your face!”
“Yes sergeant. Nothing in the regs says it has to be symmetrical.”
“But you look like a fucking O.D. clown.”
“Yes Sergeant. I’m even wearing an O.D. baggy suit.”
“Do you wanna look like an idiot?!”
“I don’t mind. Nobody around here I want to impress.”
And so it went back and forth for about ten minutes, the raging storm and the calm, immovable boulder. Eventually, we reached a negotiated settlement of truly Kissingerian elegance. Sergeant Jach agreed that I had a right under army regulations to wear a mustache on only half my face, and I agreed that, having made my point, I didn’t really want to spend the rest of my military career looking like a clown. And the remainder of the mustache was shaved off. And for the rest of my tour, Sergeant Jach never jached me around again.
****************************************
My Opinion. Not that it matters or anybody cares about it!

As you can see below. The Military has had a very long relationship with facial hair. As to myself. I say if it helps a man fight harder and better. Then let it come forth! 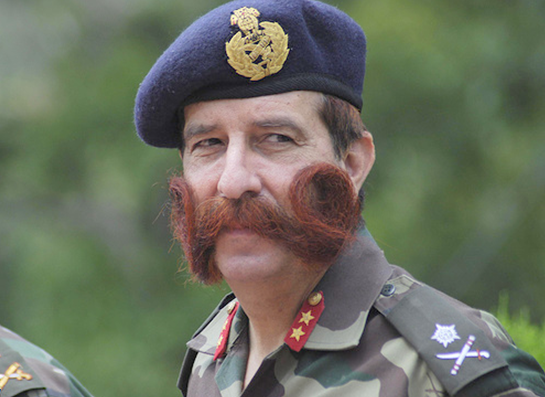 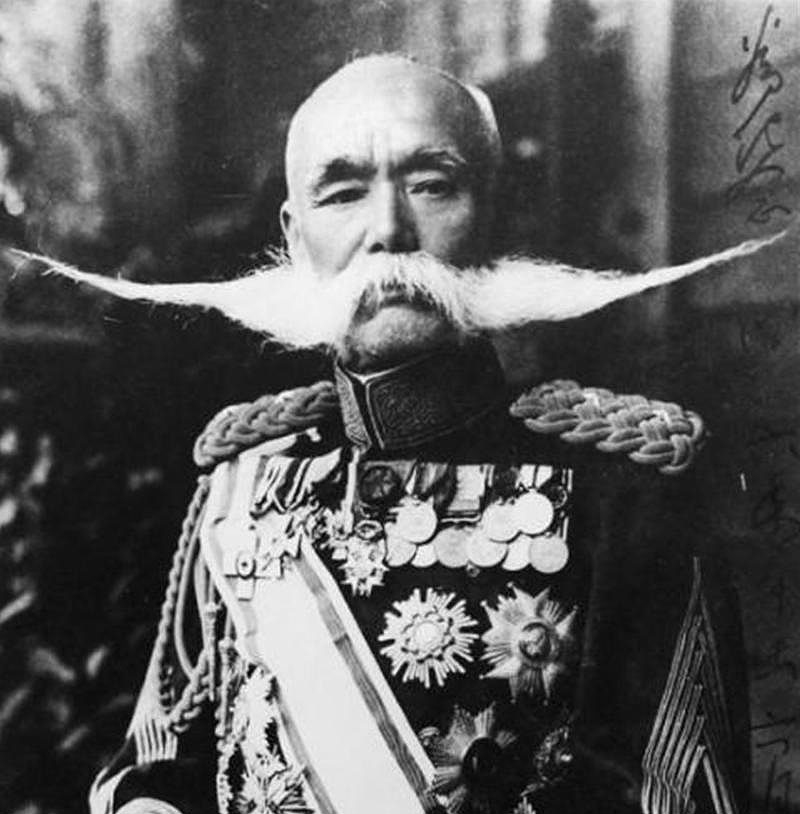