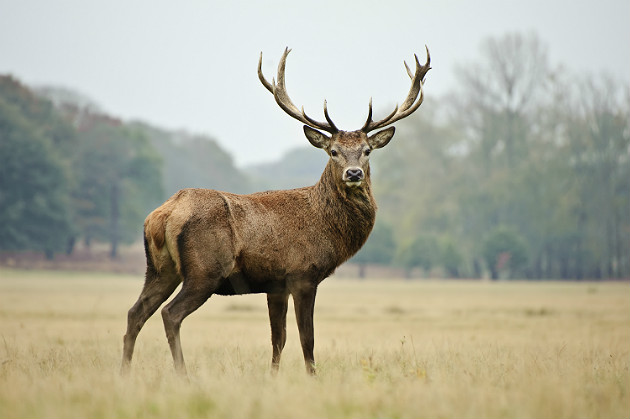 Deer are the most sought-after big game animal in North America, and many hunters take the sport seriously. Discussions about the best deer-hunting cartridges have been occurring around campfires all over the world for decades.
For that reason, picking the “best” cartridge for deer hunting is sure to evoke strong feelings. Many gallons of ink, and maybe even a little blood as well, have been spilled on this exact topic.
Add to the mix the fact that deer vary significantly in size across their range and are found in a number of different habitats — both often necessitating the use of a different cartridge for optimum performance — and you’ve got a tricky situation on your hands.
However, there are still a few different cartridges that always seem to rise to the top in the debate. Here are my picks for the seven best deer-hunting cartridges.
Before I get started, please understand that the purpose of this article is not to bash anyone’s “pet” cartridge. Just because it does not appear on this list does not mean that I think a particular cartridge is “garbage.” Indeed, there are dozens of outstanding cartridges out there, but not all of them can make the list of the best deer hunting cartridges.

The 7mm Remington Magnum is one of the best deer-hunting cartridges for hunters needing to take longer-range shots. Most 7mm Magnum loads feature bullets with high ballistic coefficients fired at high velocities, giving the cartridge a flat trajectory.
While this sort of performance is not needed by the average deer hunter, it gives hunters the ability to take shots with confidence at ranges out past 250 yards. Even with all of that power, the 7mm Remington Magnum has a manageable amount of recoil, which also helps explain its popularity.

It’s really tough to determine which cartridge has killed more deer in the United States over the last century: the .30-06 Springfield or the .30-30 Winchester. Regardless of which one is No. 1, it’s pretty clear that the .30-06 Springfield is one of the best deer-hunting cartridges in existence.
It is flat-shooting and powerful with a manageable amount of recoil, and there are dozens of great rifles chambered in this outstanding cartridge. If you had to choose one cartridge to hunt with for the rest of your life, you could do a whole lot worse than the .30-06 Springfield.

In a nod to all of the hunters out there who prefer to hunt deer with a pistol, I had to include a good pistol cartridge on this list. It’s hard to think of another pistol cartridge that has accounted for more dead deer in the last half-century than the .44 Magnum.
At one time it was the most powerful handgun cartridge in the world. Even though that is no longer true, it is still one of the best deer-hunting cartridges around for hunters who use pistols or carbines.
The .44 Magnum’s big, slow and heavy bullets deliver bone-crushing power and have plenty of power to ethically take even the biggest deer out to 150 yards or so.

A personal favorite of mine, the .45-70 Government is one of the best deer-hunting cartridges for hunters who need a good “brush gun.” While some would criticize the .45-70 Government for being a little on the big side for deer, there really is no such thing as using “too much gun” on any animal.
This is especially true with the .45-70 because not only does it deliver bone crushing power, but it also does so while using a heavy bullet at a moderate velocity. Because of this, the .45-70 does not produce large amounts of ruined, blood-shot meat, like other cartridges (including the 7mm Magnum or sometimes .30-06).
Like the .30-30, the .45-70 Government is most often available in handy lever-action rifles, making it a great choice for close-quarters shooting. Additionally, the .45-70 also has a manageable amount of recoil. At close range, there are few other cartridges that can compare with the .45-70, especially if the owner also wants to hunt larger species such as bear, elk and moose.

Unfortunately, not everyone in the United States is allowed to hunt using centerfire rifle cartridges. Instead, some states restrict hunters to using shotguns during their modern firearm seasons. That is the reason it is on this list.
Using a rifled slug barrel and topped with a scope, a 12-gauge shotgun is quite the deer slayer out to about 150 yards or so. A 1-ounce (437.5 grains) lead slug is absolutely deadly on a whitetail deer.
Additionally, using buckshot (the name is no accident), a hunter carrying a 12-gauge shotgun is ideally armed for a close range encounter with a deer. Though it is only effective out to about 30-35 yards, buckshot is a great choice for shooting a moving deer (like when using hounds) or when hunting in areas with thick vegetation.