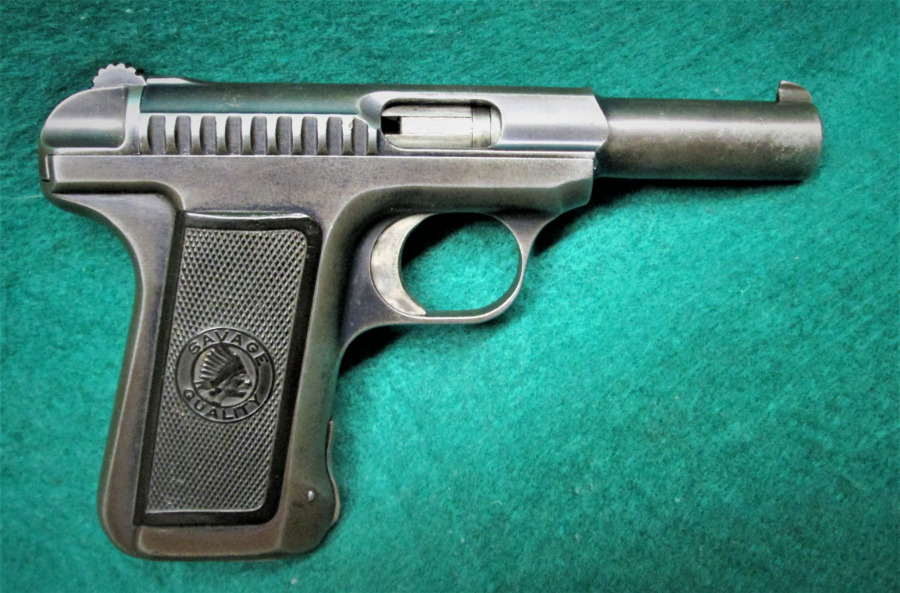 Back when this pistol came out early in the 20th Century. It must of turned some heads. Especially since the idea of a viable semi automatic pistol was a brand new idea.
Especially since a lot of folks were packing Colt SAA or the new double action revolvers.
But I guess that these times really were revolutionary! Because the Colt 1911 was coming soon for the US Military at this time. Where it beat out the other Savage Semi Auto only a few years later on. 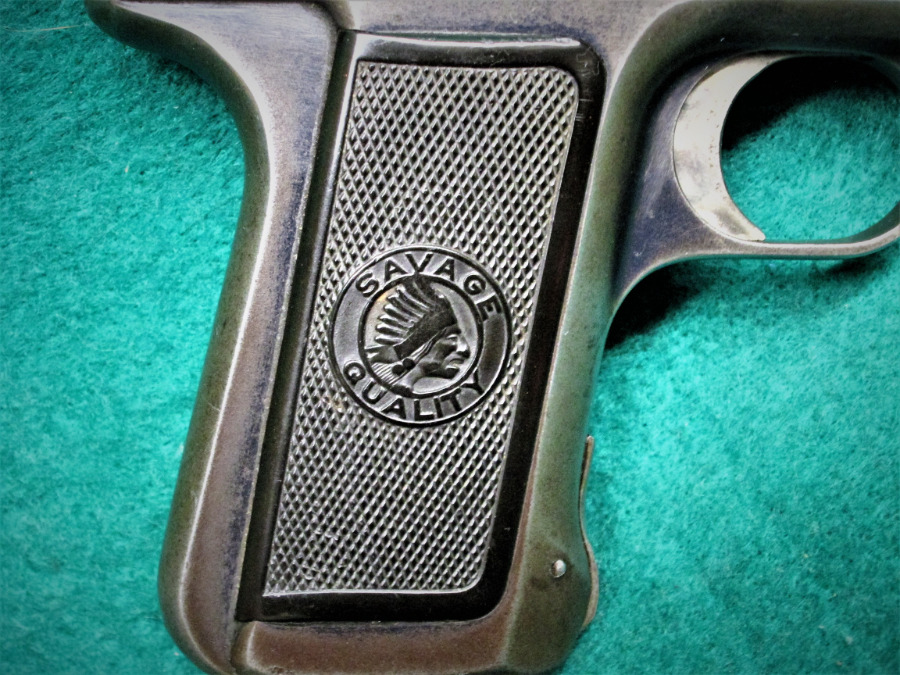 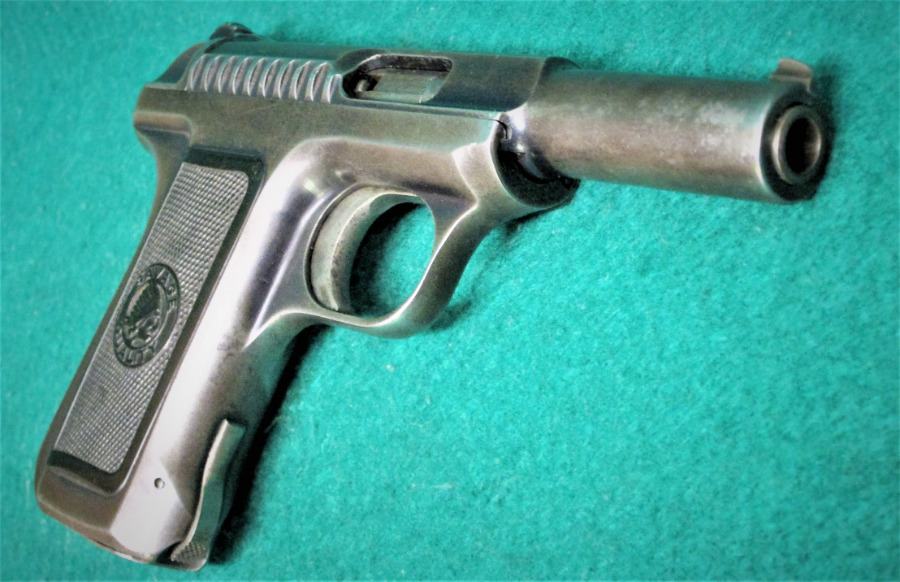 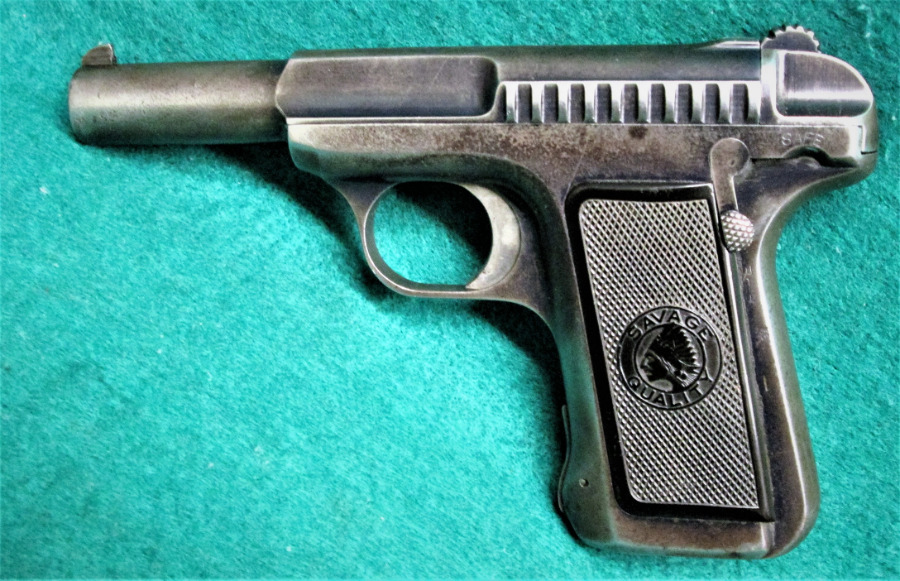 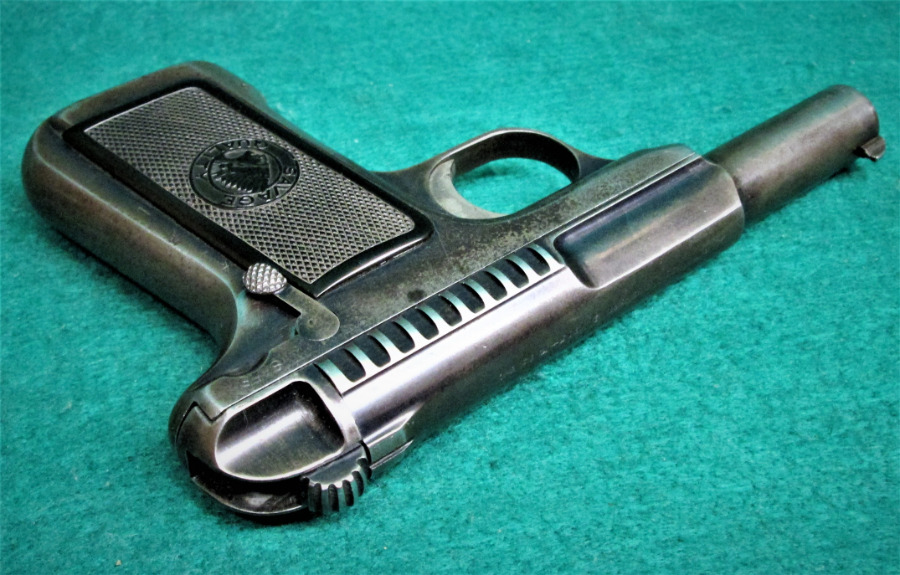 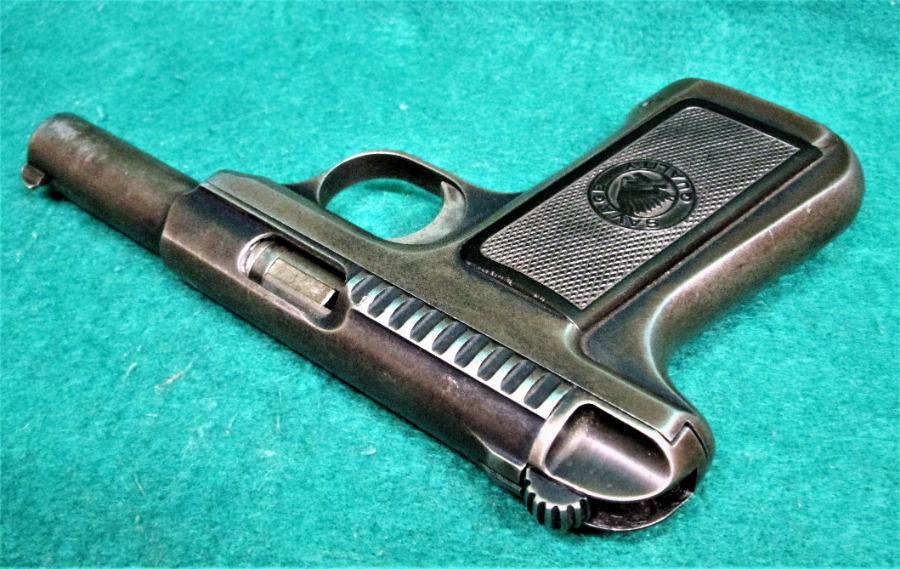 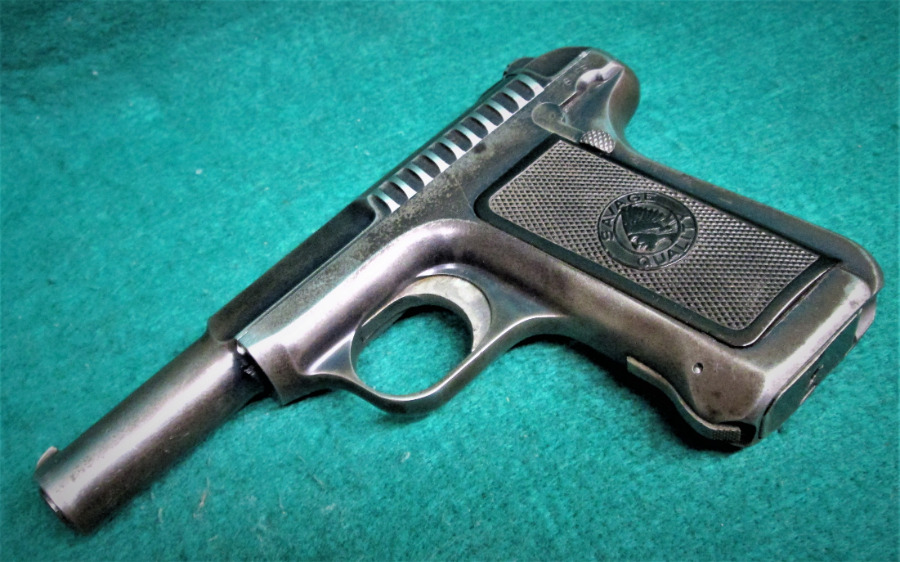 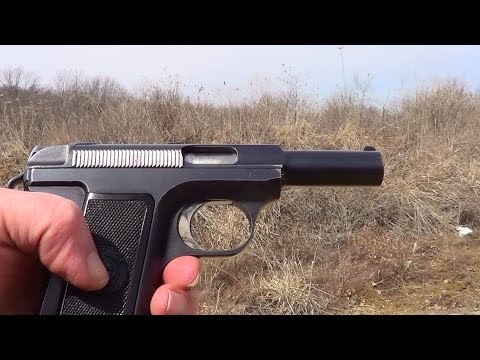 The Savage Model 1907 is a semi-automatic pocket pistol produced by the Savage Arms Company of Utica, New York, from 1907 until 1920 in .32 ACP and from 1913 until 1920 in .380 ACP caliber. Although smaller in size, it is derived from the .45 semi-automatic pistol Savage submitted to the 1906-1911 US Army trials to choose a new semi-automatic sidearm. After several years of testing the Savage pistol was one of two finalists but ultimately lost to the Colt entry, which became famous as the Colt Model 1911. 181 of these .45 ACP pistols were returned to Savage after the testing and sold on the civilian market.[1]

The Model 1907 is often erroneously called a Model 1905 because of the date Nov. 21, 1905 date stamped into the top of the slide on all Savage semi-automatic pistols. This is the date Elbert Searle was awarded one of his firearm patents, which were the design basis for all the Savage semi-automatic pistols.
Advertised with the slogan “Ten shots quick!”, the Model 1907 was very popular because, despite its small size, it had a 10-round double-stack magazine. The advertising included a number of early celebrity endorsers, including William “Buffalo Bill” Cody, Bat Masterson, and the Pinkerton Agency. Teddy Roosevelt was even presented with a Model 1907. Much of the advertising in the popular press played on the ability of an otherwise defenseless woman to use the Savage to subdue burglars and “tramps.”

A safety lever is located on the left side of the pistol, at the upper rear of the grip. Though it appears to have an external hammer, it is actually a striker-fired gun; the “hammer” is actually a cocking lever. Model 1907s made from 1913 until 1917 had a collared barrel and a loaded chamber indicator, allowing the shooter to tell by touching the shell ejection port whether a cartridge was chambered. The Model 1907 uses no screws (even the grips snap into place) and is simple to strip. The grips were made from gutta-percha, though some early production examples had metal grips. In 1912 the Model 1907 underwent a major design revision modifying almost every major component.
As with most semi-automatics, the pistol is readied for firing by pulling back and releasing the slide, which inserts a cartridge into the chamber and cocks the pistol. The recoil from firing a cartridge automatically extracts and ejects the empty shell, cocks the firing pin and loads another cartridge into the chamber, ready for firing.

Although the Model 1907 was designed for civilian use, the French government purchased over 40,000 .32 ACP Model 1907s between late 1914 and 1917 for the French military in World War I. These military “contract” pistols are recognized by the presence of a loaded chamber indicator and a lanyard ring, or mounting holes in the grip for a lanyard ring; lanyard rings were not available on civilian pistols. The Savage Model 1907 pictured to the right is a French contract pistol. A much smaller contract of 1,150 pistols in the same configuration were purchased by Portugal, which are distinguished by grips bearing the lesser arms of Portugal instead of the standard Indian head.

In the 1978 film noir parody The Cheap Detective, Sid Caesar‘s character, Ezra Desire, uses a model 1907,[2] as does Jude Law‘s character Harlan Maquire in the 2002 crime drama Road to Perdition.[3]