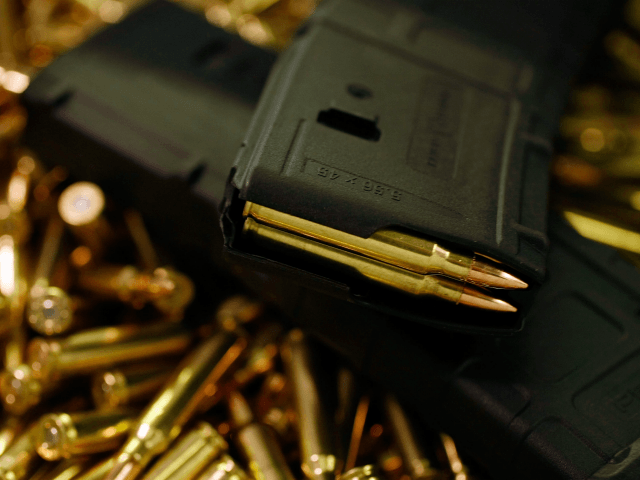 On June 29, 2017, Breitbart News reported that U.S. District Judge Roger Benitez blocked the implementation of California’s “high-capacity” magazine ban two days before it was to go into effect. He noted that the ban could not survive the test of District of Columbia v. Heller (2008), noting: “When the simple test of Heller is applied … the statute is adjudged an unconstitutional abridgment.”
On July 17, 2018, a three-judge panel from the United States Circuit Court of Appeals for the Ninth Circuit upheld Benitez’s ruling, voting 2-to-1 against the ban and sending the case back to Benitez.

On March 29, 2019, Benitez again ruled against the ban, issuing an order barring California Attorney General Xavier Becerra from enforcing the ban.
Benitez again relied upon Heller, noting that “millions of ammunition magazines able to hold more than 10 rounds are in common use by law-abiding responsible citizens for lawful uses like self-defense. This is enough to decide that a magazine able to hold more than 10 rounds passes the Heller test.“
The case is Duncan v. Becerra, No. 2:17-cv-56-81 in the U.S. District Court for Southern California.
AWR Hawkins is an award-winning Second Amendment columnist for Breitbart News and the writer/curator of Down Range with AWR Hawkins, a weekly newsletter focused on all things Second Amendment, also for Breitbart News. He is the political analyst for Armed American Radio. Follow him on Twitter: @AWRHawkins. Reach him directly at [email protected]. Sign up to get Down Range at breitbart.com/downrange.
.
Please let us know if you’re having issues with commenting.