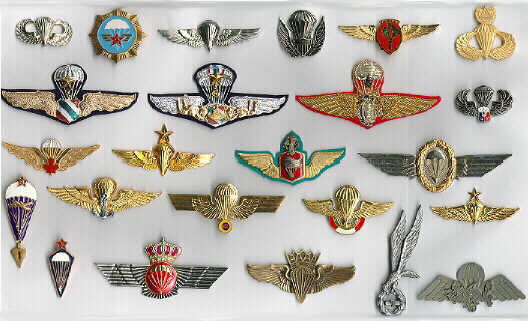 BY  Eric Milzarski
5 awesome foreign awards US troops are allowed to wear
You may be looking fresh with that stack of awards and badges, but cool flashy medals are reserved for the most prestigious of US military awards.
But how do you stand out at your next unit ball or dress inspection? Rock some foreign ones, that’s how.
Everything on this list is subjective and doesn’t cover every single foreign award authorized for troops.
Even if you do, regulations dictate you’re only authorized to wear one foreign badge with other decorations in order of presentation. The award also falls under the original nation’s regulations and some badges are purely honorary awards (meaning you can’t wear them).

Ever wondered what was at the bottom right of the medals of your salty senior non-commissioned officer who has been in since the Persian Gulf War? Technically these two are the same medal and technically they’re foreign awards.
The Kuwait Liberation Medal was given by the Kingdom of Saudi Arabia to members of the armed forces who served in Operation Desert Storm between Jan. 17 and Feb. 28, 1991. It still holds the condition that the troop must have served 30 consecutive days (which gives you only 17 days of wiggle room), but given instantly if they saw combat
The Government of Kuwait awarded one to all members of the U.S. Armed Forces who deployed in support of Operation Desert Shield or Desert Storm between Aug. 2, 1990 and Aug. 31, 1993. 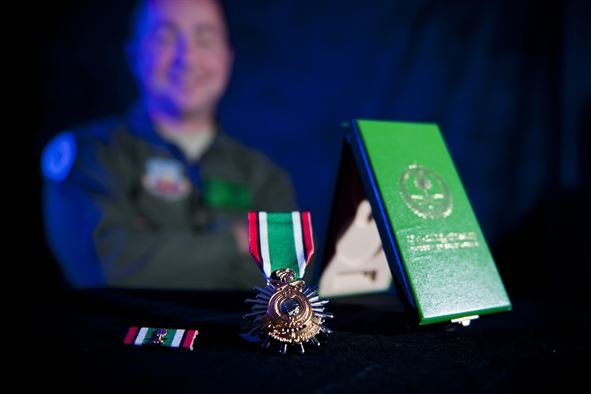 No matter what jokes people say about the French military, their commandos are beasts. This badge is adorned by those bad asses and their foreign graduates, and it’s a rare opportunity for American troops to get accepted into French Commando schools.
The training is a grueling three weeks that tests your survival skills in the field. If you can get in and graduate, the badge is one of the coolest designed badges of all American allies. 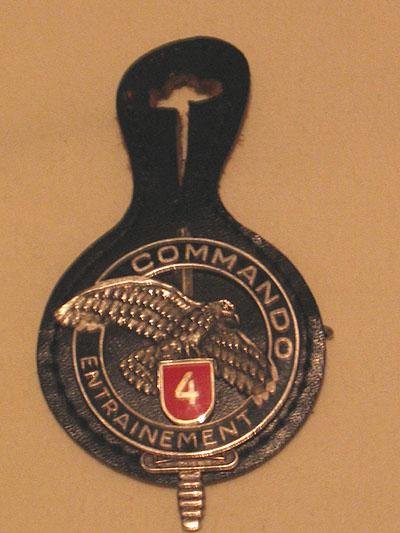 Foreign jump wings are awarded to U.S. parachutists when they complete training in a foreign country under a foreign commanding officer. In order to qualify, you must already have the U.S. Parachutist Basic Badge. Then it all depends on your unit to do a joint jump between American troops and their military.
A lot of the awards have a similar design to the U.S. badge. Hands down, the coolest design goes to Polish Parachute badge.

First worn by the Cichociemni (WWII Special Operations paratrooper literally called “The Silent Unseen”) the diving eagle has several variations like those worn by Poland’s GROM and other troops. 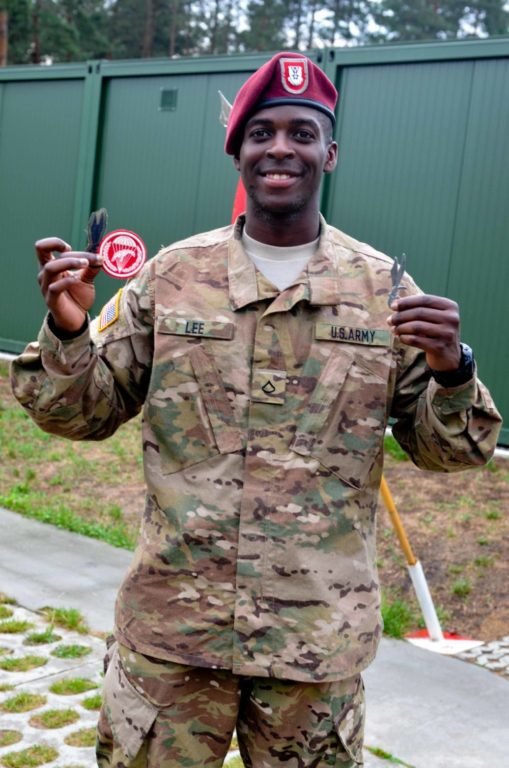 These ones are more unit citations than personal awards. This has the easy benefit of just being lucky enough to be in a unit that was awarded a fourragère in the past but it also means that you won’t stand out against anyone who’s also in your unit. These are decorative cords with golden aglets (tips).
Awarded to units that served gallantly in the eyes of French, Belgian, Portuguese, and South Vietnamese armies (Luxembourg also has fourragères but they never authorized foreign units to wear one), the color denotes mentions and honors. Just like with normal unit citations, if you are in the unit when it was awarded, you keep it for life.
Don’t expect to see anyone wearing one outside of a designated unit, though, because these were last given in 1944.
Related: This is why some Marines wear the ‘French Fourragere,’ and some don’t 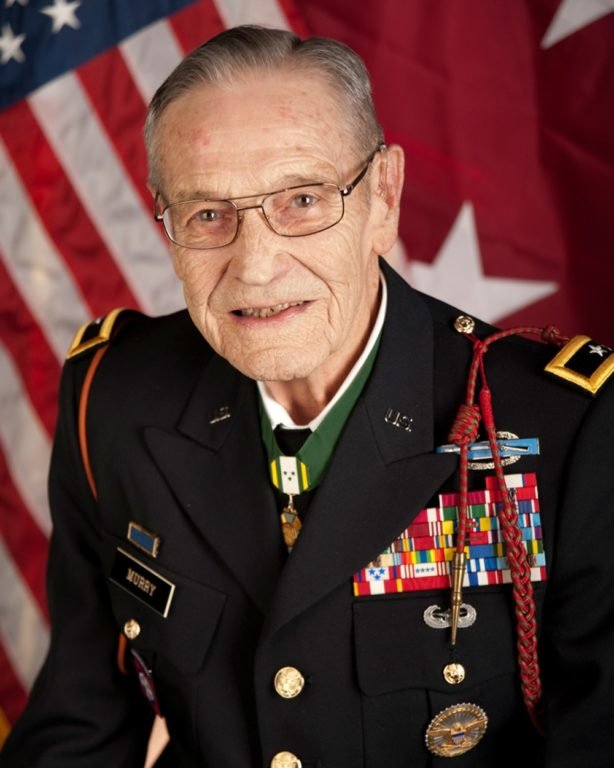 I didn’t want to make this in a ranking order, but the Schützenschnur (Sharpshooter Rope) is by far the coolest and most sought after. I managed to earn one in gold when I was stationed in Baumholder, Germany.
In order to earn one, you need to perform a marksmanship qualification with German weapons. Round One is pistol, round two is rifle, and round three is heavy weapons. I was given the P8, G36, and MG3 for my qualification.
At the end, you are awarded the badge in bronze, silver, or gold. If you shoot gold with the pistol and rifle but botched the machine gun in bronze, you earn a bronze “Schütz”. You are awarded according to your lowest score. I pulled off gold in all of them.
I will openly admit that I have no idea how I made gold with the MG3 but hey! I’ll take it.

This one isn’t authorized to wear on a U.S. Military uniform because it goes with an entirely new uniform that comes with it.
The Order of St. Gregory the Great is bestowed upon a soldier by the Vatican and the Pope himself. You are knighted and given the title of Gonfalonier (Standard-bearer) of the Church.
A famous U.S. soldier to have been knighted by the pope was Brevet Lt. Col. Myles Keogh, when he rallied to the defense of Pope Pius IX against the Kingdom of Sardinia. Keogh held his own until his capture.
After release, he was awarded the Pro Petro Sede Medal and admitted into the Order. 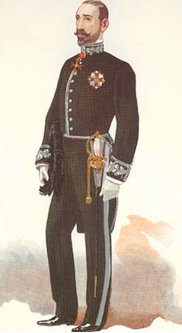