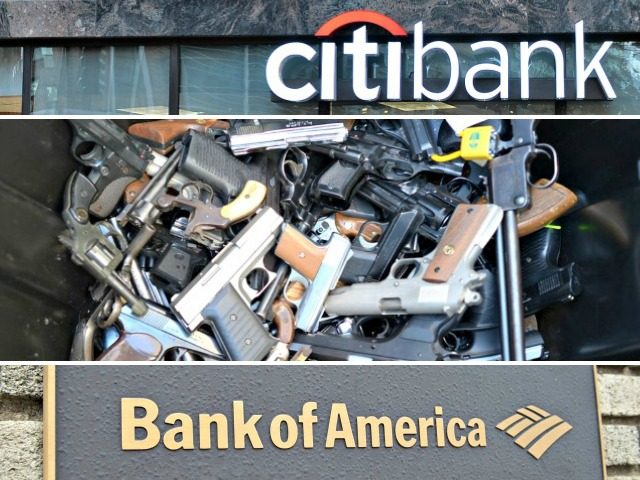 Louisiana Attorney General Jeff Landry and the state’s Bond Commission denied $600 million to Citibank and Bank of America over the gun control stance adopted by both companies.

Citibank and Bank of America were both to be part of a road financing plan in the state, but were omitted from the financial plan after arbitrarily placing new gun controls on banking customers.
Louisiana Executive Division press secretary Ruth Wisher told Breitbart News that Landry and State Treasurer John Schroder have been working on the state’s response to corporate gun control “for some time.” Omitting them from the $600 million is part of that response

On March 23, 2018, Breitbart News reported Citibank’s new gun control regulations, which require gun store customers to quit selling “high capacity” magazines in order to do business with the bank. Citibank also demanded bank store customers refuse long gun sales to anyone 18-20 years old, even though long gun sales to 18-20-year-olds are legal (and 18-20-year-olds can use fully automatic weapons in the U.S. military).

On April 13, 2018, Reuters reported that Bank of America was reworking their policy so as to end with customers “who make military-style firearms for civilians”  Bank of America does not differentiate between the fact that military rifles are fully automatic, whereas civilian firearms are only semiautomatic.
In other words, a military weapon will shoot an entire magazine of ammunition with one pull of the trigger but an AR-15 will only shoot one round per trigger pull, just like a double-action revolver.
AWR Hawkins is an award-winning Second Amendment columnist for Breitbart News, the host of the Breitbart podcast Bullets with AWR Hawkins, and the writer/curator of Down Range with AWR Hawkins, a weekly newsletter focused on all things Second Amendment, also for Breitbart News. He is the political analyst for Armed American Radio. Follow him on Twitter: @AWRHawkins. Reach him directly at awrhawkins@breitbart.com. Sign up to get Down Range at breitbart.com/downrange.