Many Thanks to our Gallant Allies from the Lone Star State! (We could have won all those wars without you!)

Texas Independence Day is the celebration of the adoption of the Texas Declaration of Independence on March 2, 1836. With this document signed by 59 delegates, settlers in Mexican Texas officially declared independence from Mexico and created the Republic of Texas.

It is not, however, an official state holiday whereby offices are closed, but instead a “partial staffing holiday”; state offices are required to be open on that day but with reduced staffing.[1]

Gov. Jerry Brown of California signed a bill that bans teachers from carrying firearms and shooting back at school shooters.

In February 2018, as Americans still reeled from a deadly school shooting in Florida and gun lobbying groups floated proposals to arm teachers to defend their classrooms, various web sites posted articles conveying the claim that Gov. Jerry Brown had signed a law in California prohibiting teachers from doing just that.
“Liberals want to ban teachers from having their God-given right to defend the young and innocent from mass shooters,” wrote the author of a 22 February post on the web sites Right Edition and Truth and Action:

In fact, however, California’s AB 424 was not enacted in reaction to the Florida high school shooting. It had been passed and signed by the state’s governor several months before that event, in October 2017.
Nor is “banning teachers from being able to shoot back” an objective and impartial description of the bill’s content. (A 15 October 2017 article from Breitbart was similarly misleading, alleging that Gov. Brown had signed a bill “ensuring that teachers can’t shoot back if attacked.”)
The main consequence of the bill’s passage is that K-12 school district officials are no longer able to grant special authorization for teachers and other school employees to carry firearms on school grounds — an exception to California’s Gun-Free School Zone Act of 1995 that was rarely taken advantage of in the first place.
The official summary of AB 424 reads as follows:

The Gun-Free School Zone Act originally prohibited the possession of firearms on or within 1,000 feet of school grounds, except in two cases: concealed weapons permit holders were permitted to carry firearms in gun-free school zones (a provision that had already been repealed in 2015), and persons granted written permission by school district authorities could do so (the provision that was repealed by AB 424).
Since AB 424 went into effect on 1 January 2018, it has been illegal for anyone besides security guards, law enforcement officers, military personnel engaged in official duties, and armored vehicle guards to possess firearms on or near K-12 school grounds in California. The law does not apply to college campuses.
Only a “handful” of California’s roughly 1,024 school districts had actually initiated programs to grant school employees permission to carry weapons, according to the Sacramento Bee (Associated Press estimated the number at about five). The Wall Street Journal reported that at least eight states currently allowed teachers “in some capacity” to carry guns on K-12 school grounds.
Forty-four percent of Americans surveyed in a CBS News poll taken after the Parkland, Florida, school shootings favored allowing more teachers to carry guns. 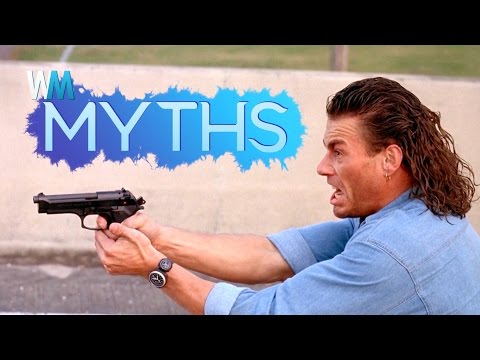 What do you call a double stack 1911 in 9mm, with an Excalibur level trigger, an RMR, and a threaded barrel? Dan Wesson calls that the Fury. One of the most appropriately named pistols I have seen. I would have to concur. This pistol has roots in paper and steel matches, but God help whoever is on the other end of this as a tactical gun.

Since 1968, Dan Wesson has been producing top-notch custom firearms. Similar to a fine wine, they’ve gotten better over time. The great-grandson of D.B. Wesson, co-founder of Smith & Wesson, began producing custom revolvers. As the company grew and their success increased, the company was acquired in 1998 and shifted from revolvers to also producing 1911s. The purpose of these custom, hand-fitted 1911s was simple: the most accurate 1911 on the market. After I spent time on the range with it — I’d agree. Dan Wesson has continued to innovate their 1911s and incorporates high-end parts from companies like Ed Brown, EGW, Greider Precision, just to name a few. In 2005, Dan Wesson partnered with CZ USA and has continued to produce high-quality 1911s. This Dan Wesson Elite Fury is no exception.
The Fury fit my hand like it was made for it. It features front strap and mainspring housing checkering, with an oversized magazine well machined in. The grip safety is functional, but so extended it is almost impossible not to engage it. The grips are a very thin micarta, befitting a double stack, with a checker pattern on the front half, linear serrations at a diagonal on the back half. The trigger guard is both larger and more square than other 1911’s I have shot, opened up no doubt to be more accessible with gloves on. The frame is thick and boxy down to the dust cover, with a Picatinny rail section cut in. It wouldn’t be much of a tactical gun without that option. It incorporates a low-mass hammer that was designed with performance as all excess weight is removed and the surfaces have been polished.

The trigger is a flat K-style trigger, skeletonized of course. Out of the box, mine broke at 2 pounds, with the tiniest bit of take up to let you know you were there. I have never seen a factory trigger as high-quality as this one in a pistol, outside of full up custom race guns. The low mass hammer has had every ounce of excess weight removed, and it falls like a lightning bolt. The trigger and hammer are so smooth your fingers can’t believe what they are feeling.

Up top, the slide moves like ball bearings falling through a vacuum. Aside from overcoming the resistance of the recoil spring, there is not a burr or imperfection to be felt. There are front and rear cocking serrations, as well as a serrated flat top to the slide. The rear has been milled and a Trijicon RMR red dot sight expertly fitted on a custom Dan Wesson plate. As a backup, Trijicon tritium suppressor height sights are also included.

The threaded bull barrel is a bushing-less fit, along with a one-piece guide rod to increase reliability. The gunsmith fitting these things together clearly knew what he was doing on mine. I expected some incredible accuracy, and I got it. I am not a Bullseye Master, but I was able to walk all the way to 180 meters getting first round hits on a B/C zone sized piece of steel. Finally falling apart at 200m, I was left with the feeling it was the shooter, not the 1911. At that range, the red dot is larger than the target anyway.

How did the gun run? Like a cheetah with blood doping and something to lose. The weight of the gun controls the 9mm recoil extremely well, and the 2-pound trigger is effortless. Combine that with the incredibly short reset distance of a 1911 trigger, and things really come together. I had to reshoot some of my normal pistol drills because at the end I realized I was holding back. This gun allows you to go faster, and that is a good dollar spent. For a race gun or a tactical gun, you could certainly do worse. Those 18 rounds in the magazine go quick, but out of this platform, they also count. I ran SIG Sauer Elite Performance ammunition through it and it ran flawlessly.

Like many of you out there, a price tag of $4,899 for a pistol is extremely hard to justify. Hell, that is hard to justify on a rifle. But after shooting this one, I assure you this. I want one. It’s high-quality finish and overall superb ergonomics and trigger make it tough enough to withstand everyday abuse and not sway those who purchase it to leave it in the safe. After running this pistol for the day, I started thinking about what I could sell to get one.
For more information about Dan Wesson 1911s, click here.
For more information about SIG Sauer Elite Performance ammunition, click here.
To purchase a Dan Wesson on GunsAmerica, click here. Siam was unique in South East Asia for its avoidance of Western colonization.
Its sovereignty was guaranteed by politically deft royals and a Japanese-modeled system of aggressive modernization.  At the turn of the century, Siam sought to rearm its soldiers with a rifle of unique design. What we often refer to as the Thai or Siamese Mauser is actually a design licensed from Germany, modified and manufactured in Japan, and adopted in 1903.
This was AFTER the adoption of the 8x50mm rimmed Thai cartridge in 1902.  Originally the rifle was designated with the “Rattanak 121” due to 1903 being the 121st year of the Rattanakosin Kingdom.
Later, during a period of modernization, Thailand would switch to the Buddhist calendar and so 1903 became 2446 and the rifle was retroactively referred to as the Type 46.
The ammo, from 1902, became 2445 in the Buddhist calendar and has led to years of confusion in which the rifle is often called the “Type 45.”
The R.S. 121 (Type 46) Mauser was essentially a Model 1898 stocked somewhat like the earlier 1896.  In Japan it was fitted with an Arisaka Type 35 styled dust cover and deep tangs, also some examples have Arisaka-like two piece stocks.
In 1923 the 8x50mmR cartridge was upgraded to 8x52mmR (Type 66), a spitzer bullet with improved power.  Existing Type 45 rifles were more than strong enough and so many were rechambered.
Because the updated ammo was flatter shooting, the rear sights were ground down to match the new trajectory.  These converted rifles are commonly referred to as “Type 46/66.”

For collectors, Thai Mausers can be found in a variety of conditions.  Many were imported cheaply and subsequently show signs of abuse such as rust, missing or chopped pieces, rechamberings (usually to .45-70), and other neglect.
However, some can be found in pristine shape as well and exhibit beautiful markings, right down to the interesting serials.  Ammunition is extinct and requires a fair knowledge of handloading and cartridge conversion to produce, but if loaded these are strong, safe, and accurate rifles.
They have a fantastic long and narrow contour with good balance.  If you have the occasion please do handle one for yourself as they are truly unique Mausers.  We have a little more information on these rifles over at C&Rsenal.

Here are a few more, Thanks for the time spent with me! 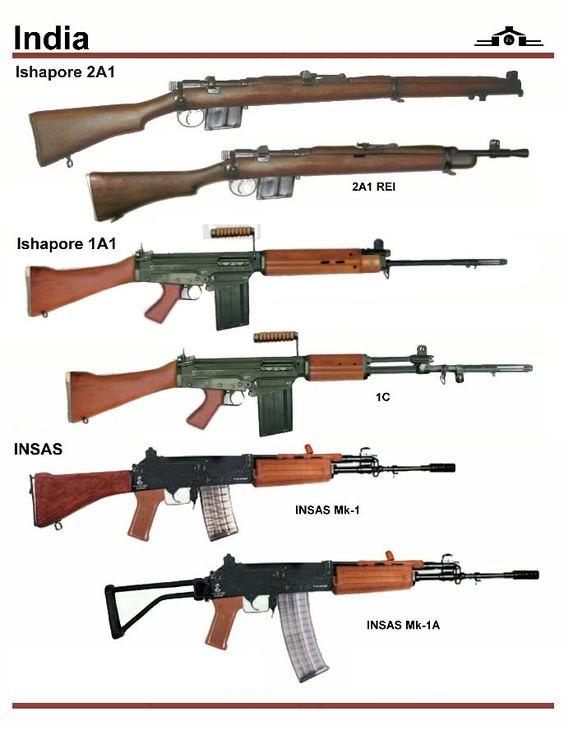 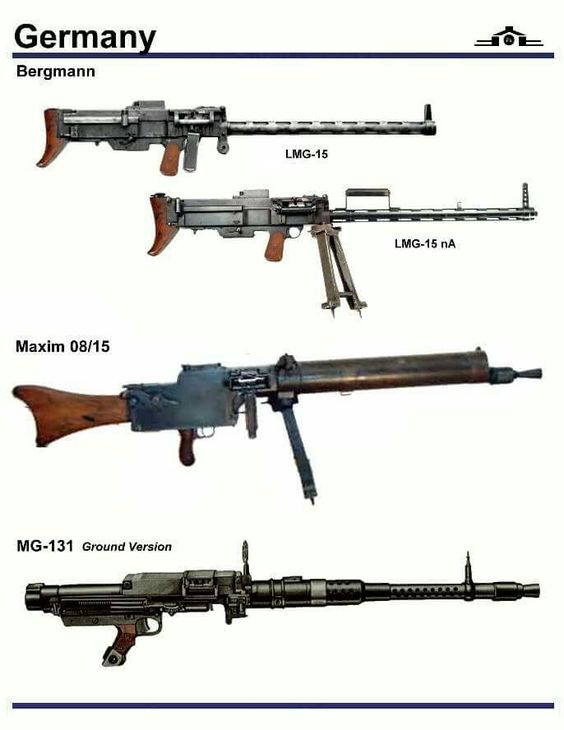 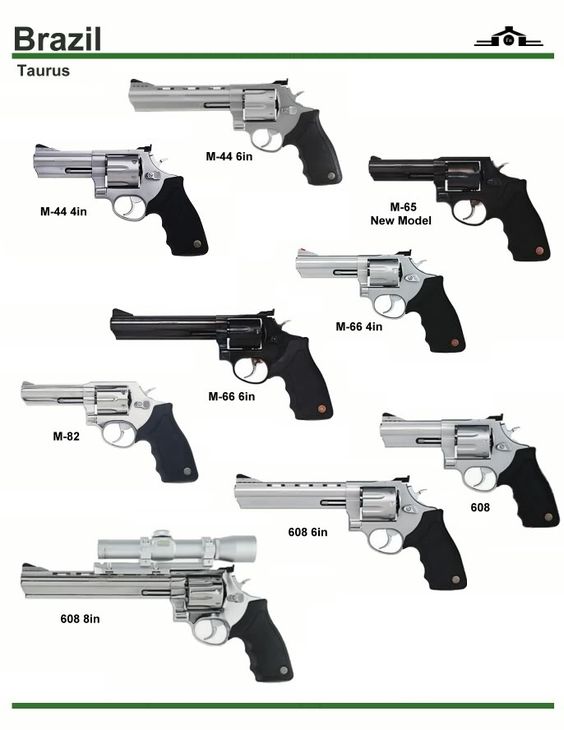 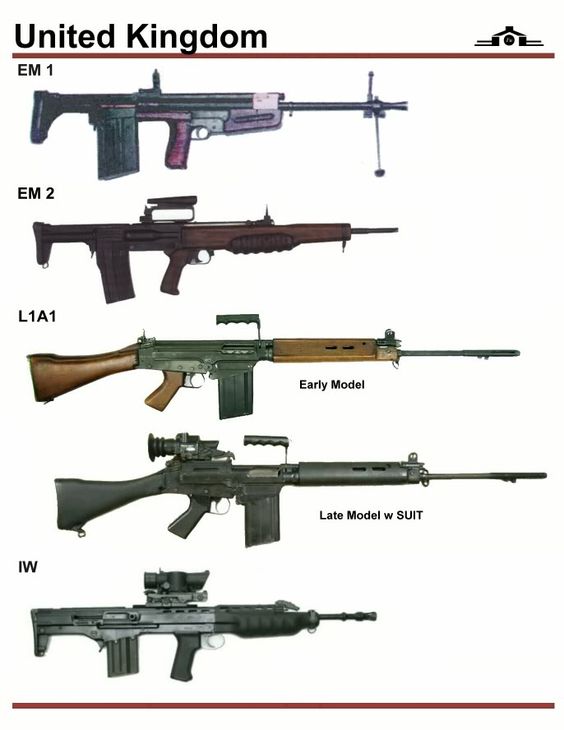 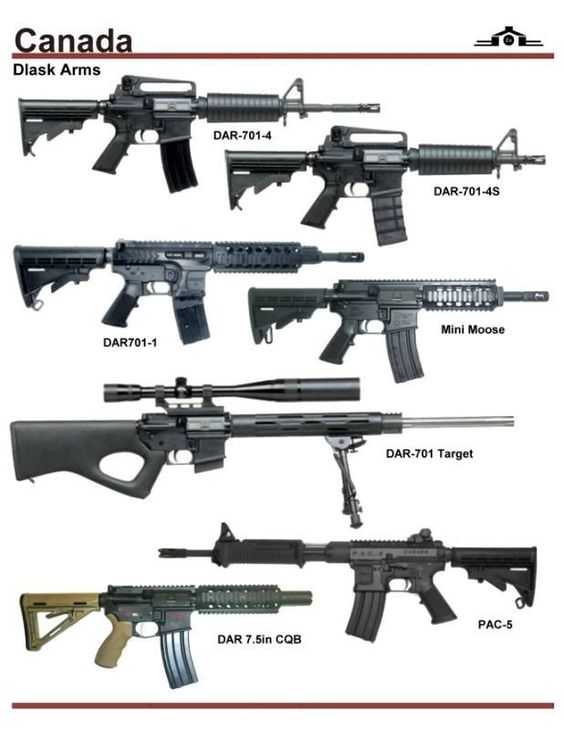 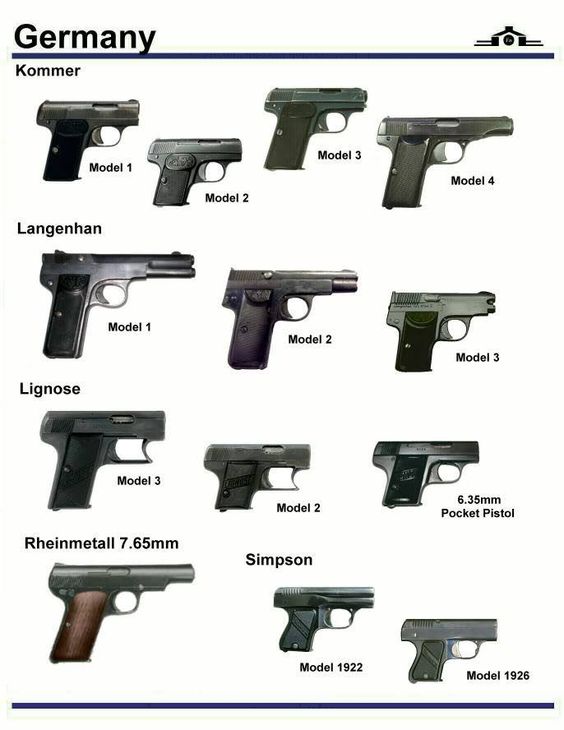 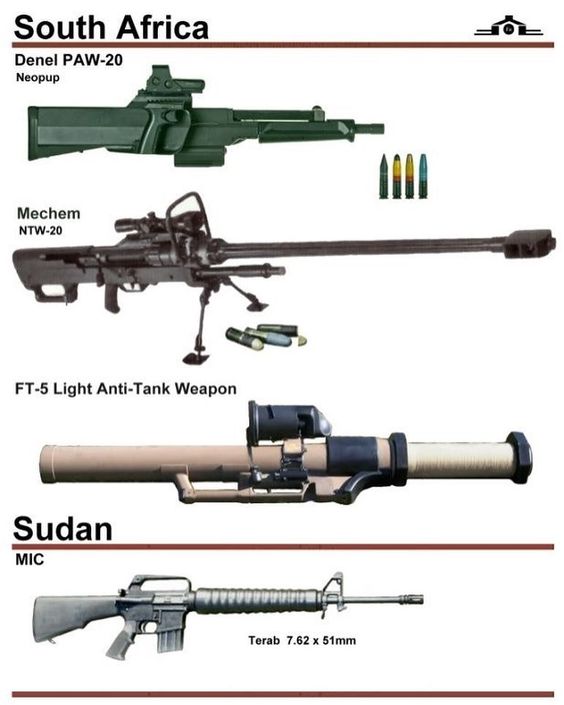 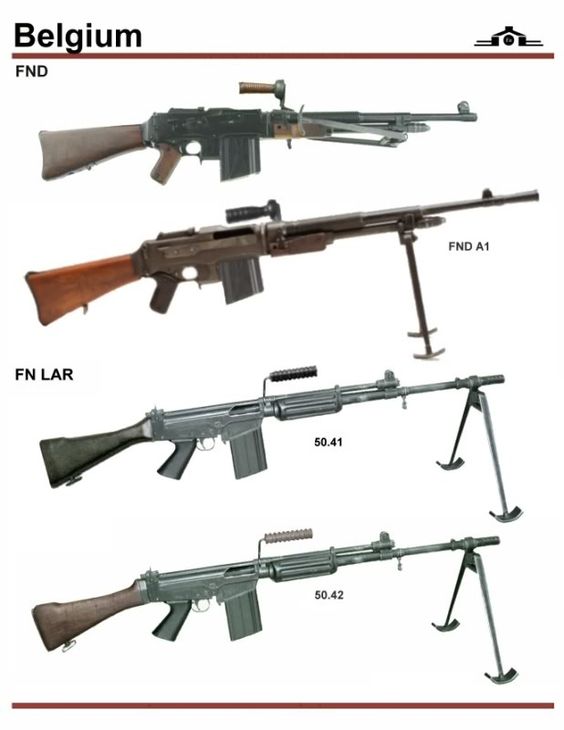