I warned you didn’t I? Grumpy 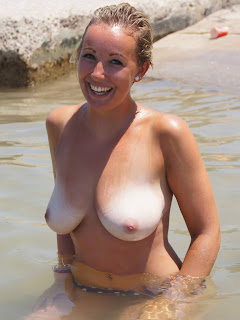 I gave my Late Mom one of these and she just loved it. Now it belongs to my Lovely Daughter in Law. Hopefully one of these days, she can get over her and put it thru its paces. (The Kid by the way is one Hell of a good shot too!)
Grumpy

One of the nice things about this piece is the rear marker that tells you of the gun is cocked or not. Something that I call a mighty useful thing to have. Especially when you are teaching a Rookie how to shoot properly. During the mid-1950s into the 1960s, a small engineering division of Fairchild Aircraft called ArmaLite distinguished itself in the history of small-arms development with the use of synthetics and lightweight aerospace alloys in firearms construction. Such designs include the AR-7 survival rifle, AR-10 and famous AR-15 which became the M-16. There was one design, however, to emerge from the firm that did not follow the trend of state-of-the-art machining and material use like the other storied projects that gave ArmaLite its reputation. That design was of the AR-18 select-fire carbine.
The AR-18 was designed in the early 1960s, at which time the select-fire version of the AR-15 began its career as the M-16. The use of the M-16 by the U.S. military gave validity to the new 5.56×45 mm NATO cartridge, yet Colt now held the patent rights to the AR-15 design, meaning that any further ArmaLite carbine designs following a similar path would have to be different enough to not infringe the Colt license agreement. Eugene Stoner left the firm in 1961, leaving the design work of the new carbine to Arthur Miller, chief designer at the time. The new design was introduced in 1963 and designated AR-18.

ArmaLite AR-18 disassembled. Note the minimal number of parts.
The AR-18 was essentially a downscaled adaptation of a previous ArmaLite short-stroke-gas-piston design called the AR-16 that was developed by Mr. Stoner while he was still with the firm. The new AR-18 was a fairly radical departure from the design philosophy of the previous ArmaLite rifles like the AR-15 in that it lacked the smooth lines and machined aluminum receiver construction that had gained such notoriety. Instead, the AR-18 receiver construction used a method more common in World War II-era Nazi Germany and the Soviet Union: stamped-and-welded steel construction.

This resulted in a criticism of the design for its cheaper and some might say more flimsy construction, yet that was a part of the design philosophy for the AR-18 for its intended market of foreign military sales, make it cheaper. The action, charging handle, gas system and overall layout of the AR-18 was far more simplistic and conventional compared to the space-age design of the other ArmaLite projects.

A dissasemled view of the AR-18’s piston cup, connecting rod, action rod and return spring that comprised its short-stroke-gas-piston system. This feature was later used on other modern rifle designs.

As mentioned earlier the AR-18 utilizes a short-stroke-gas-piston design borrowed from the earlier ArmaLite AR-16, along with its bolt-carrier and action spring layout. Instead of gas feeding into the bolt-carrier from a gas tube to push the bolt into the unlocked position and drive the carrier rearward as is the case of the AR-15 design, the AR-18 used a gas cup just behind the gas block under the handguard to capture the expanding gas and drive rearward. As the cup drives rearward it pushes a rod connected behind it which in turn pushes a short distance on the bolt-carrier with enough force to both unlock the bolt and drive the carrier the full length of travel backward.
Instead of a buffer tube, buffer spring and buffer used by the AR-15, the AR-18 uses two small action springs on guide rods to buffer the bolt carrier and drive it back forward. This more compact layout negated the need for a buffer tube like the AR-15 and allowed the AR-18 to have a folding stock. The AR-18 also did not use a rounded internal receiver wall with large surface area in contact with the carrier to contain its travel like the AR-15, but rather the guide rods and a small track in the receiver guide the carrier. This resulted in much larger clearances between the receiver and the carrier, and thus a greater tolerance for the buildup of grime and carbon without causing issues as might be the case with the AR-15. Most importantly for the firm, the new design did not infringe on the AR-15 patent.

A look at the original AR-18 bolt carrier group disassembled. Note the two recoil springs on the guide rods just above the carrier.

The AR-18 was tested later in the 1960s by the U.S. Military, begrudgingly, to analyze its potential as a military arm. In the tests, the military found that the high cyclic-rate of 800 R.P.M. could at times outrun the magazines ability to feed rounds, resulting in stoppages.

They also did not like the fact that while the magazines looked similar to the AR-15’s, they were not cross-compatible and completely proprietary. Despite the testing, the U.S. Military never seriously considered adopting it, nor did it ever plan on doing so having just recently adopting the M-16.
The AR-18 did see some limited use and success as an export arm to smaller foreign nations like Botswana and Haiti. Some of its most infamous use was in the hands of the Provisional Irish Republican Army during “The Troubles” in Northern Ireland.
During that conflict, it gained notoriety from both sides, beloved as the “Little Armalite” by the IRA and dreaded by the British as the infamous “Widowmaker.” The AR-18 was one of the most-capable arms in the hands of the IRA during the entire conflict.

The AR-18 also had a semi-automatic version, called the AR-180, that was produced up to the late 1980s alongside the AR-18 by a few companies including Japan’s Howa Machinery Company and Britain’s Sterling Armaments Company. However the select-fire and semi-automatic versions of the design never really took off, and their limited production eventually ceased.
The design features of the AR-18 did carry on and inspire future arms developments like the SA80, SAR-80, H&K G36, Sig Sauer MCX, and the Howa Type 89 service rifle that is still being used by the Japanese Self Defense Force today. Brownells even recently released AR-15-compatible upper receiver groups called the BRN-180 series that copies the gas-system, bolt-carrier and charging-handle found on the AR-18. Despite its short-lived military trials and production history, the simple ArmaLite AR-18 clearly had good traits that live on in modern designs today.