Typical US Army propaganda! Also what in the Hell is with the crappy computer voice too! But let us move on.
For example  -Like the Army is really going let some Trooper (E-1 thru E-4) sound off about this gun. Even if its the best handgun ever made. You will be told in no uncertain terms on what to say about it.
Because nobody in their right mind, Is going to play the game of “Telling the Truth to Power”  in the US or any other Army out there for that matter.
Especially when some of the really scary Folks in charge of you are involved.
For example. I had a Squadron Command Sgt Major. Who had gone to the Vietnam War several times. But was finally told that he could not go again. Because he was “enjoying” it too much!
Another time I looked at his fruit salad, when he wasn’t looking.
It was the first time I had ever seen somebody with a Combat Infantry badge,  D.S.C., Silver Star, Bronze Star with V for valor, a Purple Heart with a mess of palms & stars and a bunch of Foreign Decorations that I couldn’t ID. Even the Squadron Commander was slightly scared of him.
Bottom line – Folks you will have to trust me on this one. As I have met & worked with some really tough & scary Folks while I was in the Army.
But if you really want to find out about anything in the Army. Then go to the Officers Club at the end of of a hard day. Or the NCO Club and stand for a couple of rounds. Then you will get the truth about any almost any subject.

When you say Winchester shotguns, most people think of the Model 97 Trench gun, the Model 1200, or the elegant double barrel Model 21.
But what if we told you there was a gun marketed for almost a century that was more advanced than the 97, better made than the 1200, and sold many times as much as the 21. Well it happened, and it was the M12.

In the late 1890s, John Browning had perfected a pump action shotgun for Winchester, the Model 1897 that proved to be one of the best scattergun designs in history. It was a pump-action gun with a under barrel tubular magazine, but as the years ticked by, there was one glaring, antiquated flaw—it had a hammer.


Between 1904-1908 both Savage and Remington came out with ‘hammerless’ designs that replicated Winchester’s gun performance, only with the hammer hidden inside a streamlined receiver. Winchester found itself rapidly losing market share to the more modern designs.
Winchester engineer Thomas Crosley Johnson, a man credited with more than 120 patents and much of the groundwork that led to the legendary Model 70 rifle, was tasked to come up with this new hammerless model.

Johnson’s concept took a solid block of steel and milled it out to accommodate the receiver. The six-shot tubular magazine fed through the bottom opening and into the chamber. Ejected hulls kicked out of the side port to the right of the gun. Hand-fitted machined steel internal parts, black walnut stocks and cross bolt safety all helped give the firearm a leg up on the competition. It was billed as “the perfect repeater.”

The Model 12 served trench gun duties with military units for decades. Note the addition of a heat shield.

Model 12 seen here in the hands of a Marine in the Pacific during WWII. This gun continues to find it’s way on to battlefields.

Winchester pushed the guns out to its salesmen and to good effect, becoming one of the most popular shotguns of its day. Selling it first as the Model 1912, after WWI they simply marketed it as the Model 12. While the Model 97 ‘hammer-gun’ was still in production as late as 1957, the hammerless M12 outsold it by more than 2:1.
The gun was fast, which made it one of the most popular on the market. The lack of a trigger disconnector (who would want one of those anyway) meant that the gun could fire as fast as you could pump the action—which proved pretty fast indeed. Herb Parsons, a well-known exhibition shooter, would often break seven clays thrown into the air with one of these shotguns, firing one round per clay. Herb was so fast a shot that he was even called to serve his country in World War 2 as a gunnery instructor, teaching young men the basics of shooting down aircraft with Winchester 12s among other guns.
Speaking of Winnie 12s in the military, while the Winchester 1897 was the better-known trench gun of its day; many Model 12s were bought to help fill the ranks.  The Army and Marines brought these

guns to World War One (700) World War 2 (over 68,000) and Vietnam. They served as riot guns with military police, trench guns in the front lines, and in support duties. While officially replaced by newer Remington 870s and Mossberg 500s, since then these old vets still continue to get spotted in pictures of US soldiers in harm’s way as late as the recent conflicts in Iraq.
Winchester closed the line on these guns in 1964, but small batches were released occasionally since then as late as 2006. In all some 2-million of these guns were produced. The very similar but cheaper designed Winchester Model 1200/1300 was introduced in 1964 as a low-cost aluminum receiver replacement for the venerable Model 12. Riddled with stamped parts rather than milled, hand-fitted ones, it was not ‘the perfect repeater.’

There are so many of these classic old shotguns out there floating around in obscurity that now could be the best time to go searching for one at a good price. Relatively new shotguns are out there as good economical shooters while older pieces are solid investments. Winchester themselves maintains a serial number/production date range list that can help with appraising. Pre-1966 made guns will be all numeric serial numbers (e.g. 1962001) while those made after 1972, the so-called ‘New Style Model 12’ with stamped parts, will begin with a letter prefix (e.g. (Y2026399).

Nice pre-1964 collectable guns usually start at about $600 and move up from there with a premium being given for heavy barrel guns, guns with factory engravings, and early 3-inch magnum duck getters. Remember, 28-gauge guns will be the rarest of all and guns made before 1927 will have 2.5-inch chambers so be careful about shooting these old birds until you check them out.

If you find a Winchester 12 with these marks, we suggest you get it checked out by a trusted appraiser.

Former military shotguns run crazy expensive in the past decade. These guns will have small Ordnance “Shell and Flame” insignia stamped on the top of the barrel just in front of the receiver while both “U.S.” and the “Shell and Flame” insignia are roll stamped on the right side of the receiver below the ejection port.  On some models there are others. Very nicely preserved and properly authenticated Model 12s with the correct markings can often run several thousand dollars to the right buyers.

Since the gun was in production by Winchester as late as 2006, there is no concern anytime soon that the millions of these vintage scatterguns will be unsupportable anytime soon. Winnie 12 parts are widely available from Sarco, Numrich and others. This puts bargain shooter-grade guns on the market that can be found starting as low as $200 a solid deal.
Not bad for a shotgun that many people don’t even know about.

I found this and thought I would share it. Somebody really seems to me to know what they are talking about this fine old Rifles of the Empire!
Jason’s Martinis

A lot of handgun owners are apparently moving to 9mm. Parabellum pistols, following recent improvements in ammunition technology that have allegedly improved the performance of the smaller cartridge until it rivals that of larger rounds.
I’ve noticed many more advertisements for .40 S&W handguns on, for example, the local Armslist than I have for 9mm. pistols, and anecdotal evidence from other bloggers and shooters also persuades me that the 9mm. is finding renewed popularity.
I’m not surprised by this;  I often carry a 9mm. pistol (for reasons explained here), and I know many other experienced, competent shooters who’ve made the same decision.
Nevertheless, the  number of quality .40 S&W pistols currently offered for sale means that their prices have become depressed.
I’d say that at present, in my area, a pistol chambered for 9mm. Parabellum will sell faster and fetch 10%-20% more than an almost identical model from the same manufacturer in .40 S&W or 357 SIG.
Apart from the lower price you’ll get for it, there are three reasons why I suggest you hold on to your larger-caliber pistol, rather than sell it.

In fact, when I see a bargain-priced .40 S&W handgun for sale, and I know I can get a reasonably-priced 9mm. barrel for it, I tend to make an offer and see if I get lucky.  Right now is an excellent time to buy handguns like that.
Peter 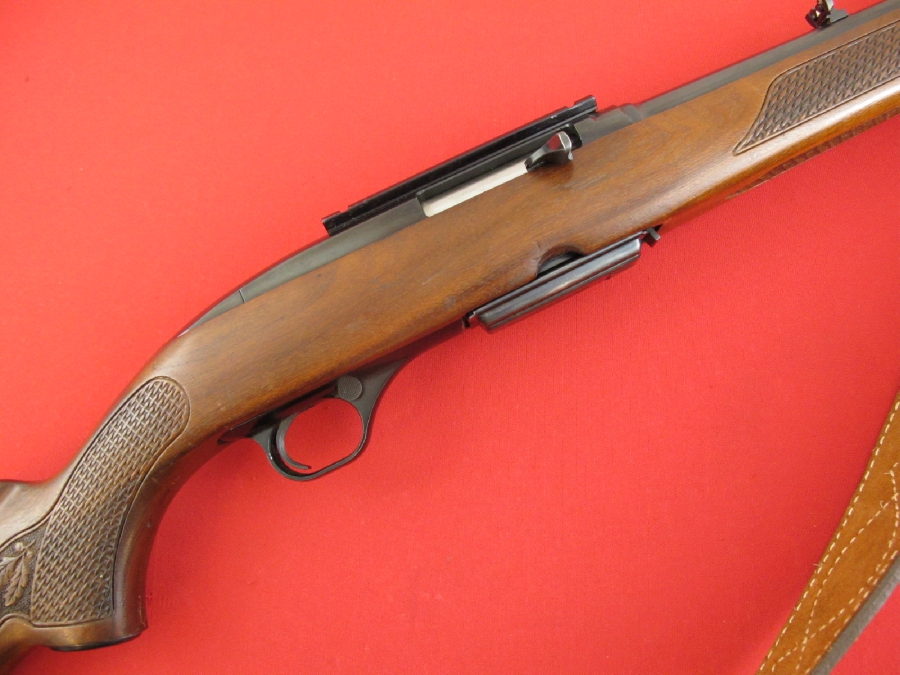 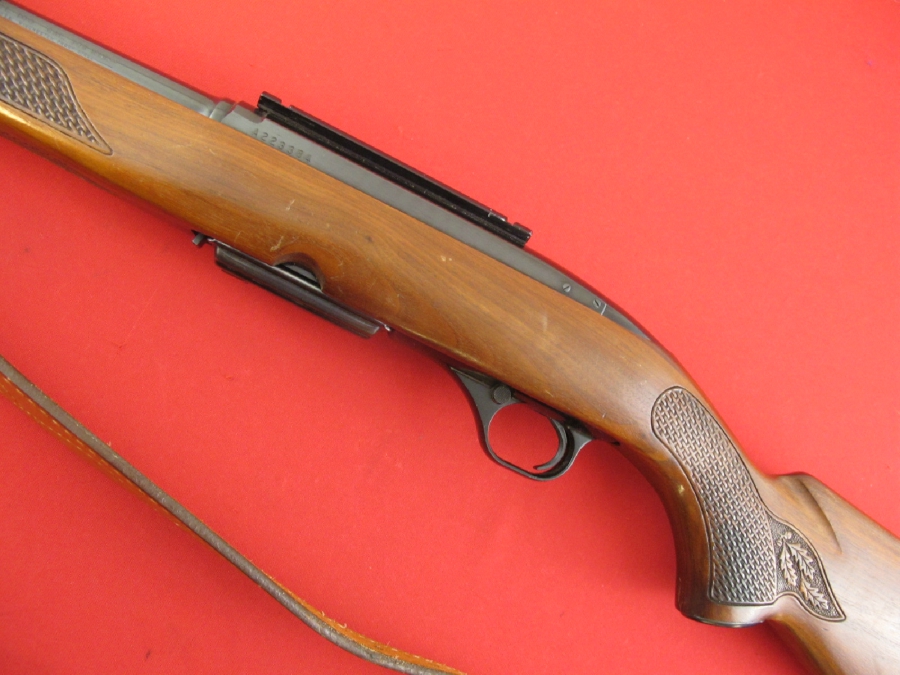 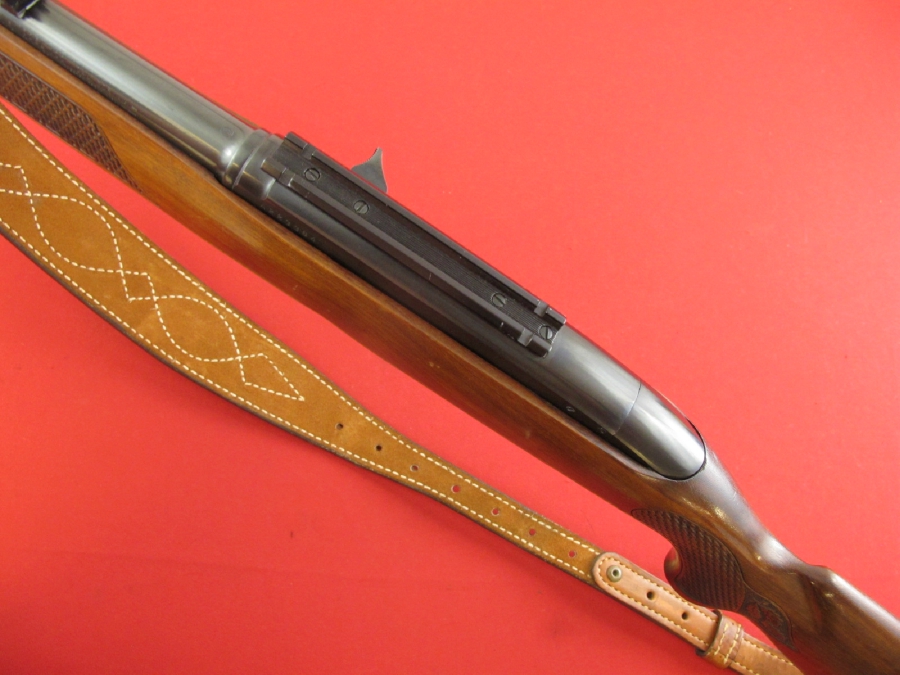 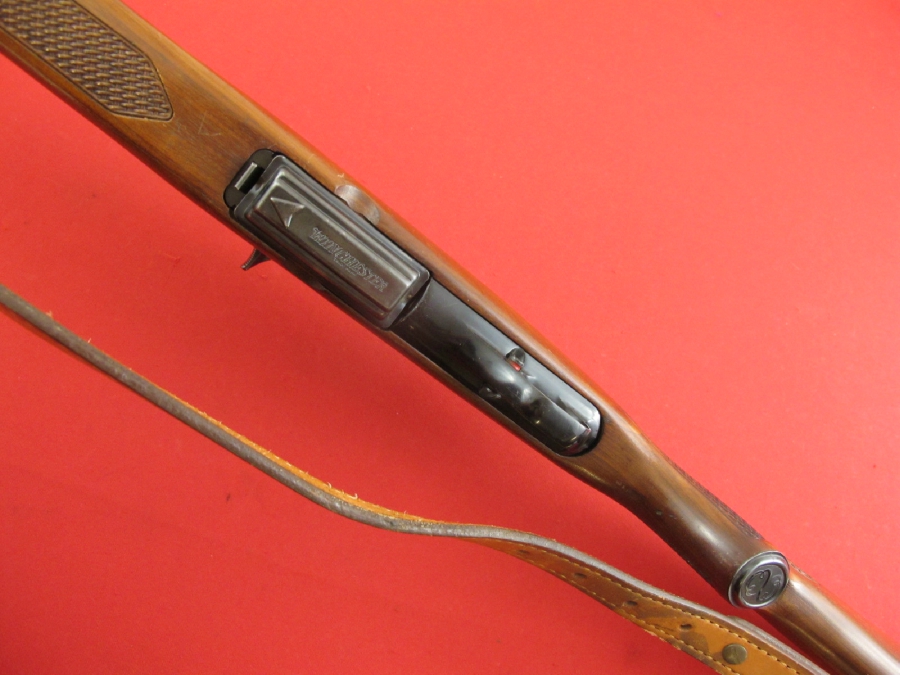 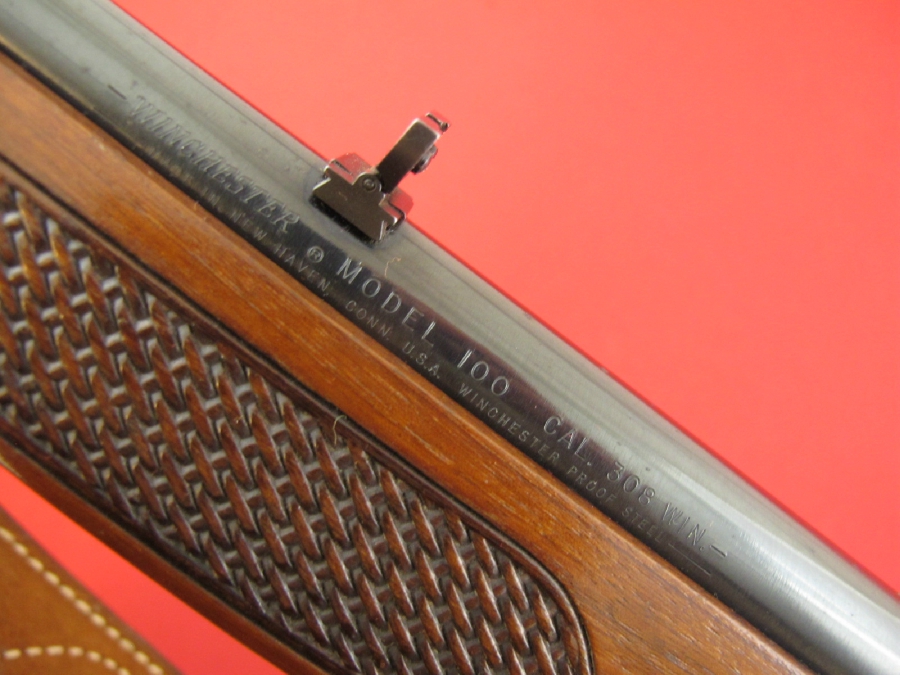 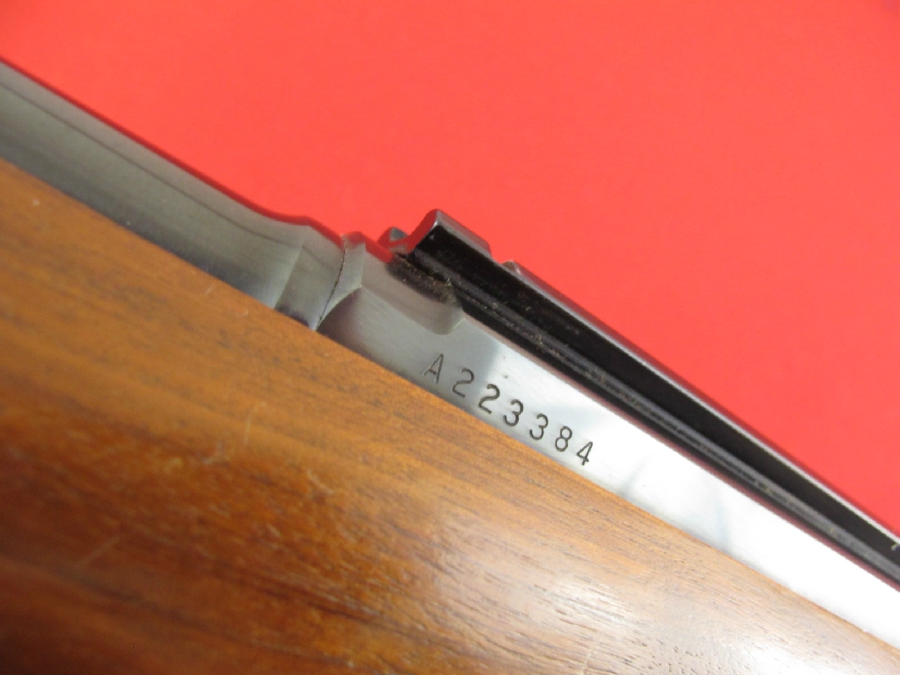 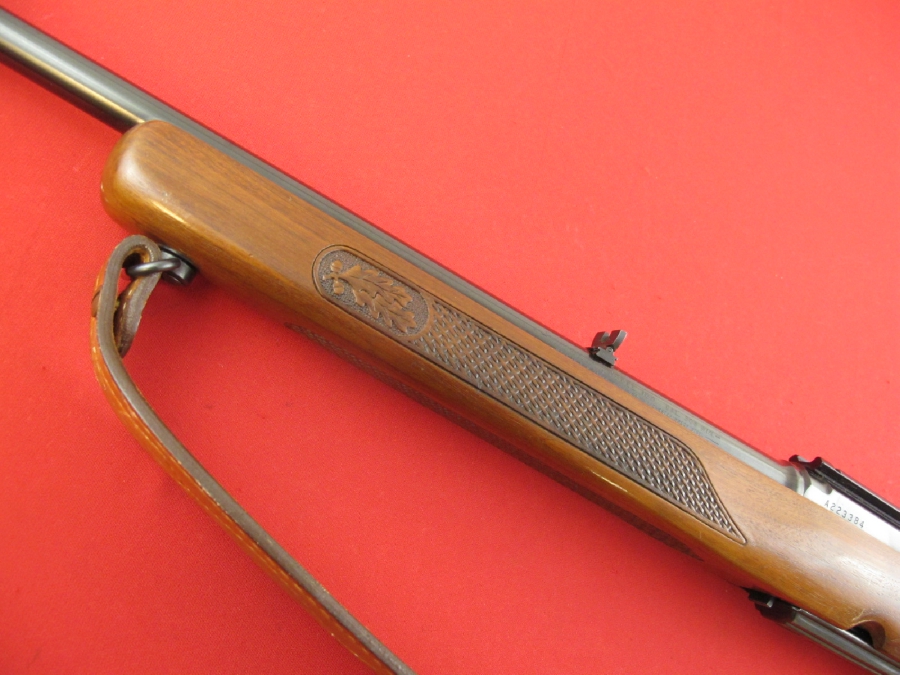 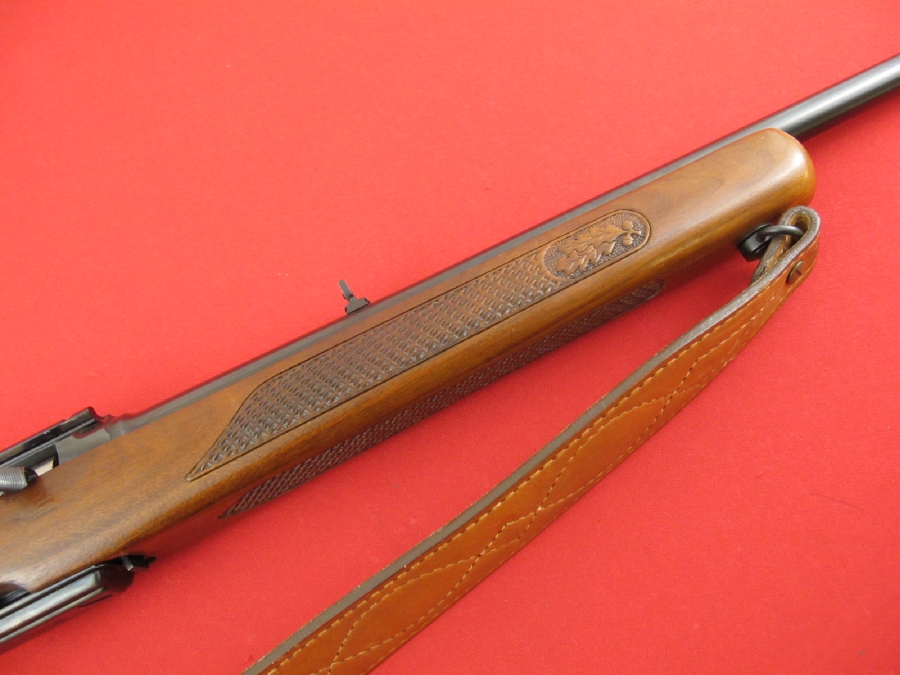 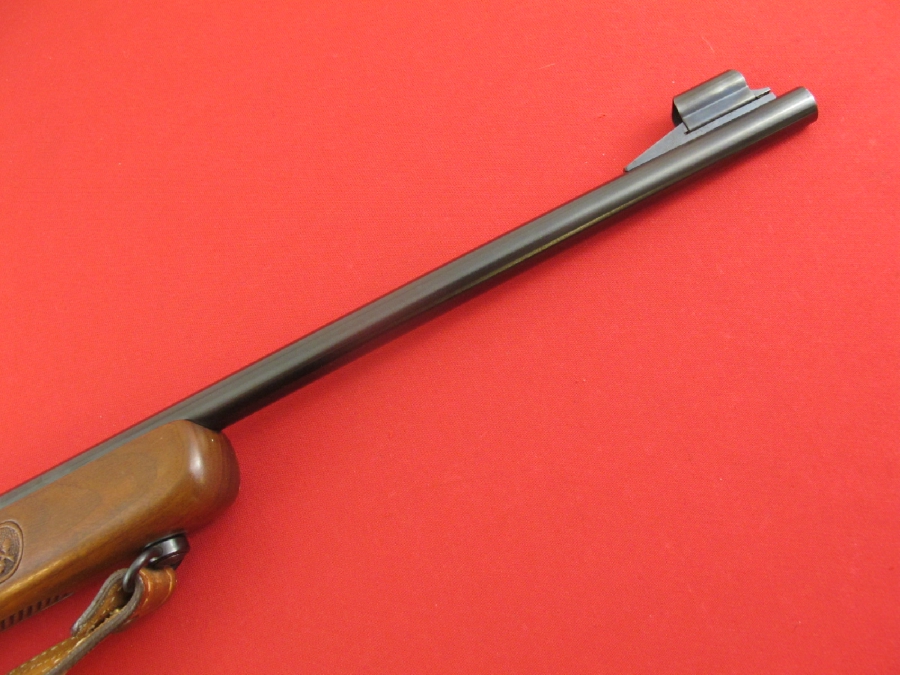