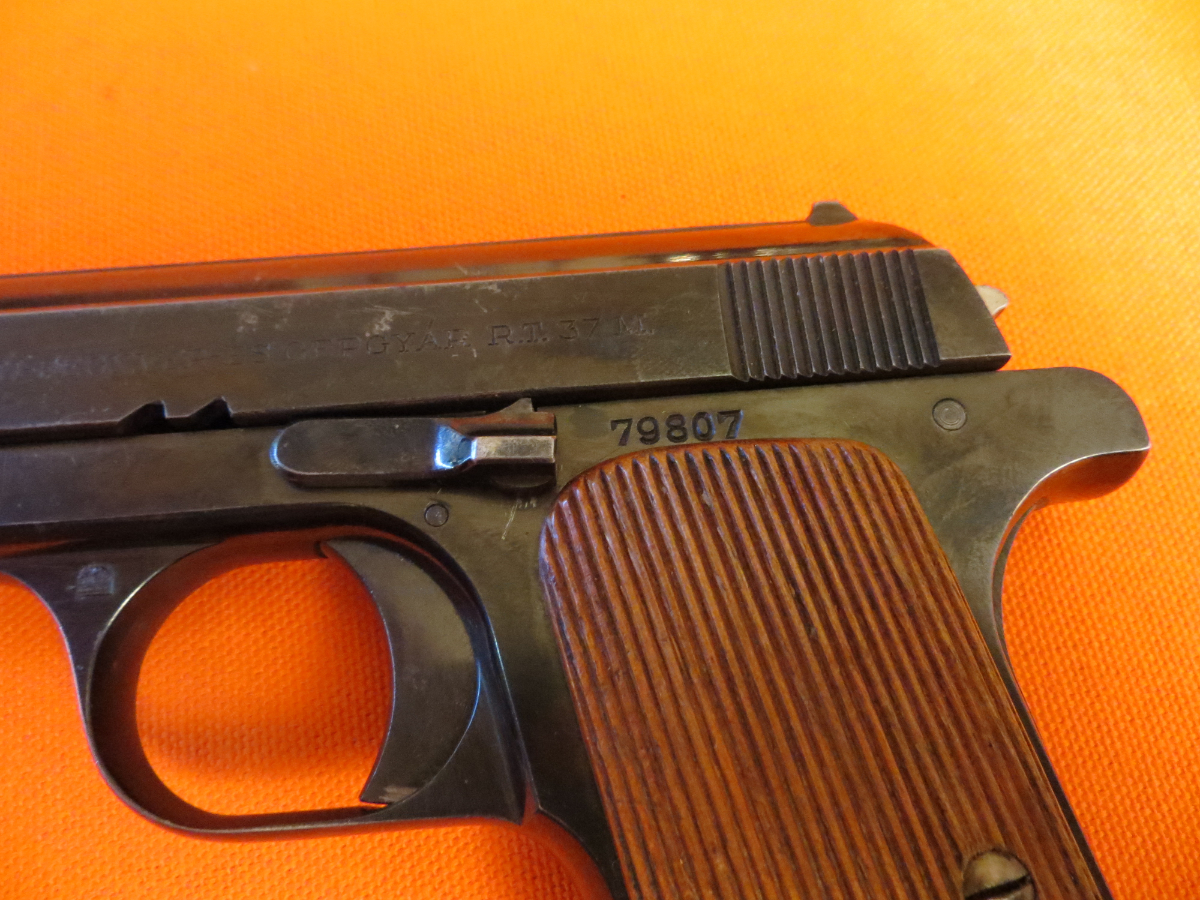 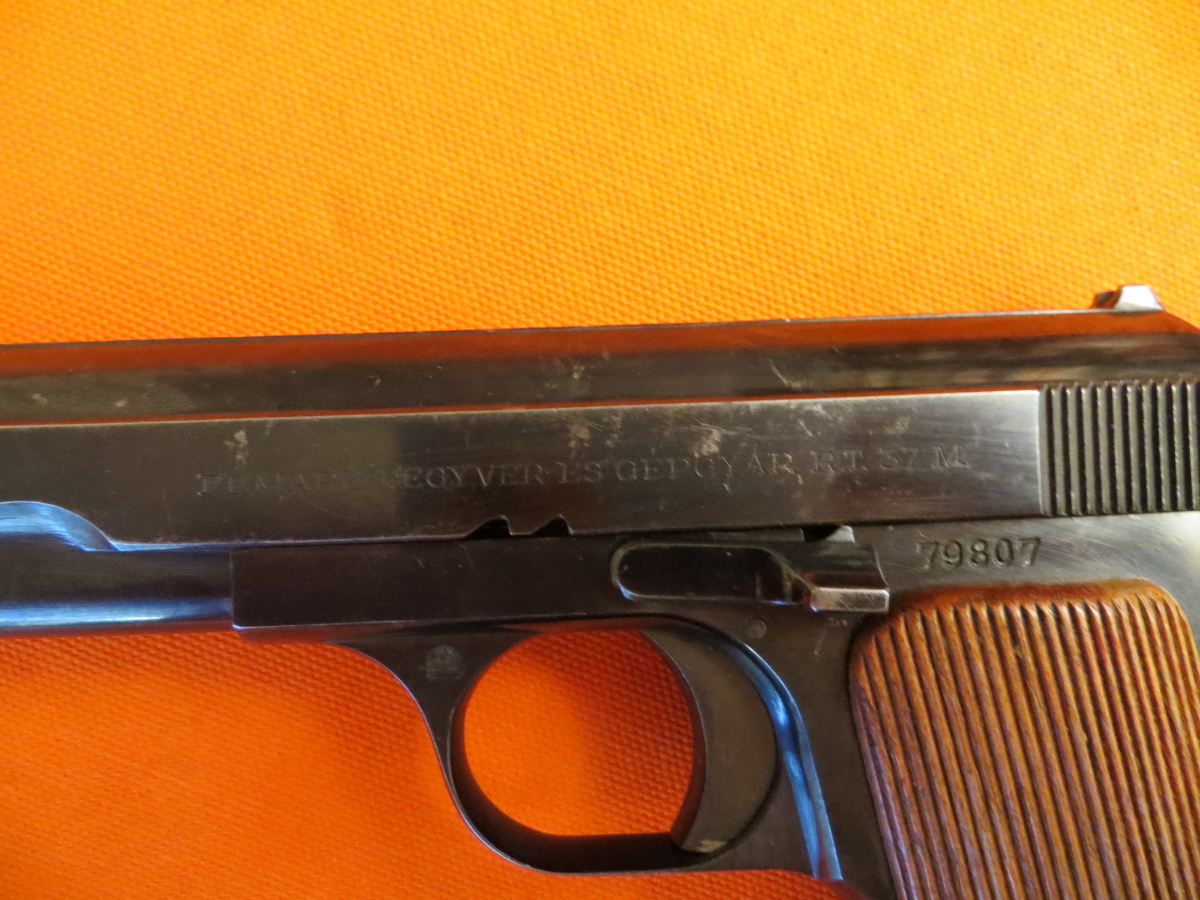 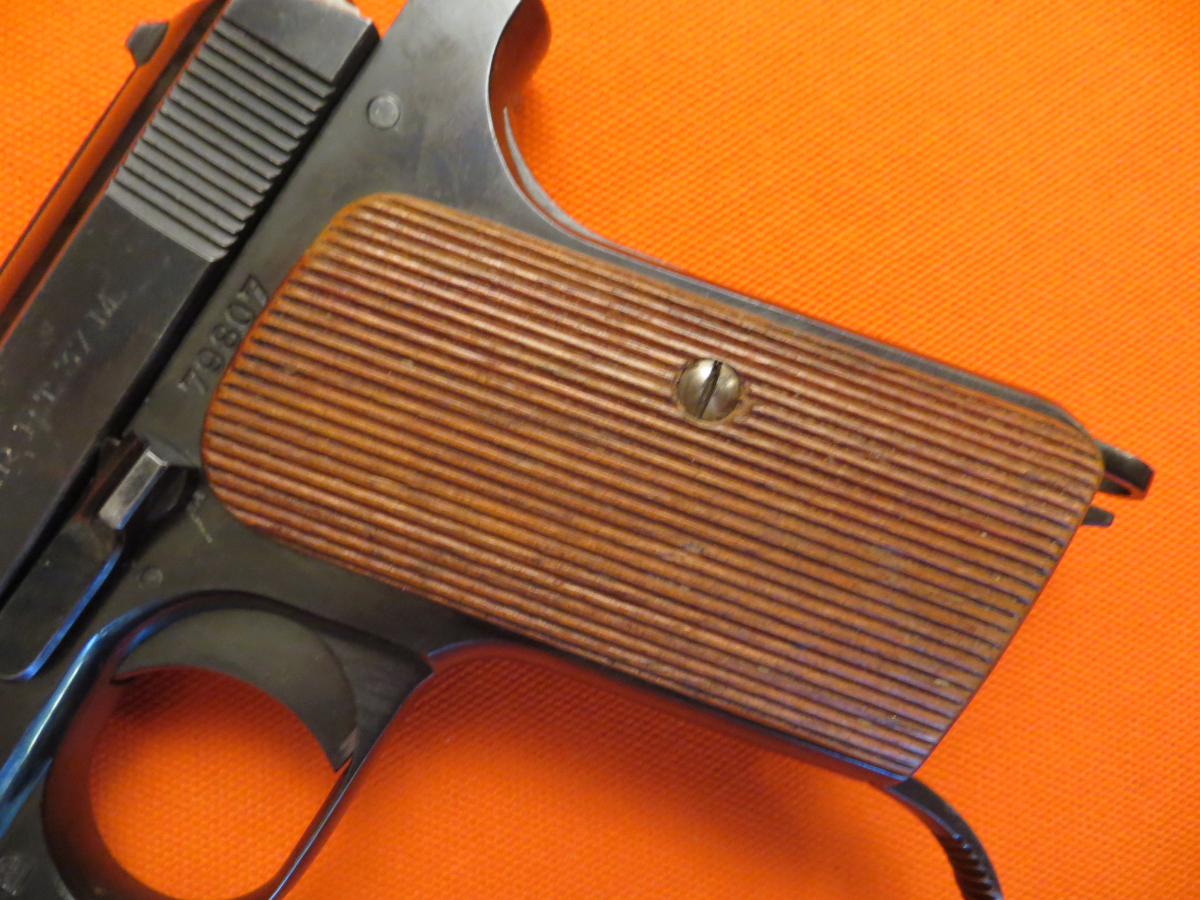 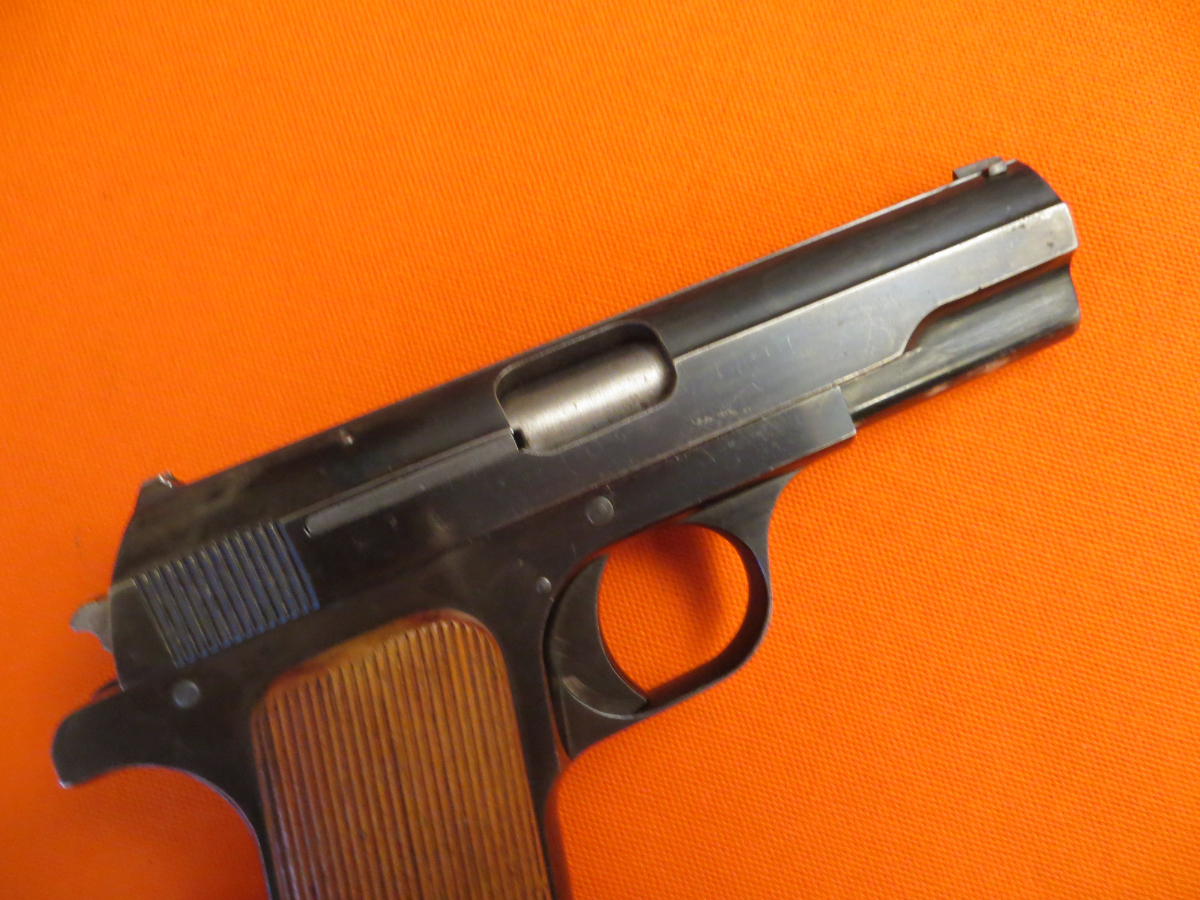 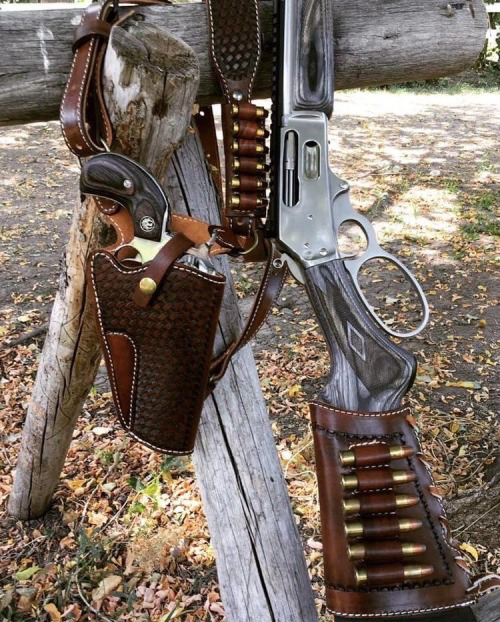 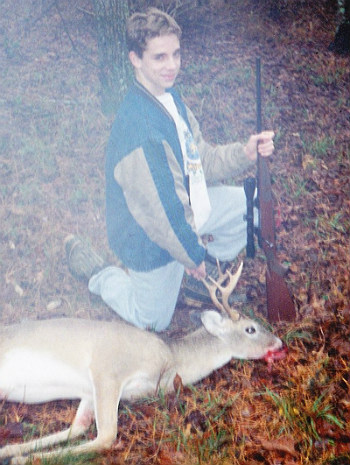 Just after first light that morning, my father tapped me on the knee and slowly motioned to our left. I looked and saw two shapes carefully moving through the mist. Looking through the scope on my rifle, I could see that the shapes were two young bucks about 50 yards away, walking warily toward the feeder in front of us, and my pulse quickened.
“They’re bucks,” I whispered to my father.
“Pick one and go ahead and shoot him,” my father responded.
Steadying the rifle on the front rail of the deer stand, I took aim at the front shoulder of the lead buck and squeezed the trigger. With the roar of the rifle, my life changed forever.
The road to that day began many years previously when I began accompanying my father and grandfather on their deer hunting trips, as I described in my previous article. As the years went by and I grew older and more mature, I began hunting myself. I started off hunting squirrels and other small-game animals. By the time I turned 11, my father decided I was old enough to hunt deer under his supervision.
That summer we attended a hunter education class together, and he purchased a rifle for me: a post-1964 Winchester Model 70 Featherweight chambered in .308 Winchester. He made some special reduced-power hand loads for me that had considerably less recoil than factory loads. The 130gr bullet fired at 2,300 feet per second was still plenty powerful for a white tail at relatively close range, but the recoil was much easier on my wiry frame to shoot than full-power loads.
My father was, and still is, serious about hunting safely and ethically. Even though I was going to be hunting under his direct supervision, he was strict about ensuring I understood when to shoot as well as the details of shot placement. As a result, I spent hours at the range practicing precise shot placement at various ranges and angles.
Finally, I had to pass a written test designed and administered by my dad. The test covered a lot of details about hunting in general that were not covered in the hunter safety class.
For instance, one of the questions was: How do you best determine if a deer is actually dead when you find the body after trailing it? Answer: While approaching the deer from behind, use a stick or the barrel of your rifle to touch the deer’s eye. If there is no reflex movement, then the deer is actually dead and is safe to otherwise touch. When we hit the woods that fall, I was probably one of the best prepared boys to ever start deer hunting.
Several years previously, my dad had constructed a two-person, elevated stand down in a creek bottom overlooking a feeder on our land in eastern Texas that we would hunt from that year. That area was always a solid producer of deer; my dad once counted 17 does eating from the feeder at the same time. If there was ever an ideal place for a first time deer hunter, this was it.
We made it up to the cabin for our hunting trip right after Christmas. That first morning dawned foggy and crisp with a light wind from the North. To this day I love weather like that because I’ve had so much success hunting in those conditions. This particular morning would be the first of those successes, and I distinctly remember seeing the muzzle flash of my rifle through the fog while looking through the scope at the buck.
The buck staggered at the shot and disappeared back the way he came. From his reaction, I knew that I had made a good shot. If it is even possible, I think my father was even more excited than I was after the shot (and I was pretty darn excited).
He gave me a pat on the back and said, “You didn’t even feel the rifle kick, did you?” No, I didn’t, and I don’t remember the report of the rifle hurting my ears either due to the adrenaline rush I was feeling.
After a few minutes, we got down and began looking for the buck. We quickly found him shot through both lungs. Even that reduced-power .308 Winchester load did a number on him: the buck ran less than 25 yards after the shot.
With just six points, he was not a big deer by any stretch of the imagination. However, I was a happy young man that day, and I still look back upon that hunt fondly.
I have plenty of larger and more impressive trophies hanging in my office, but I still proudly display the antlers from that little buck on the wall. There is no feeling like the first time, and on that cold day in December I took my first step into the world of big game hunting. 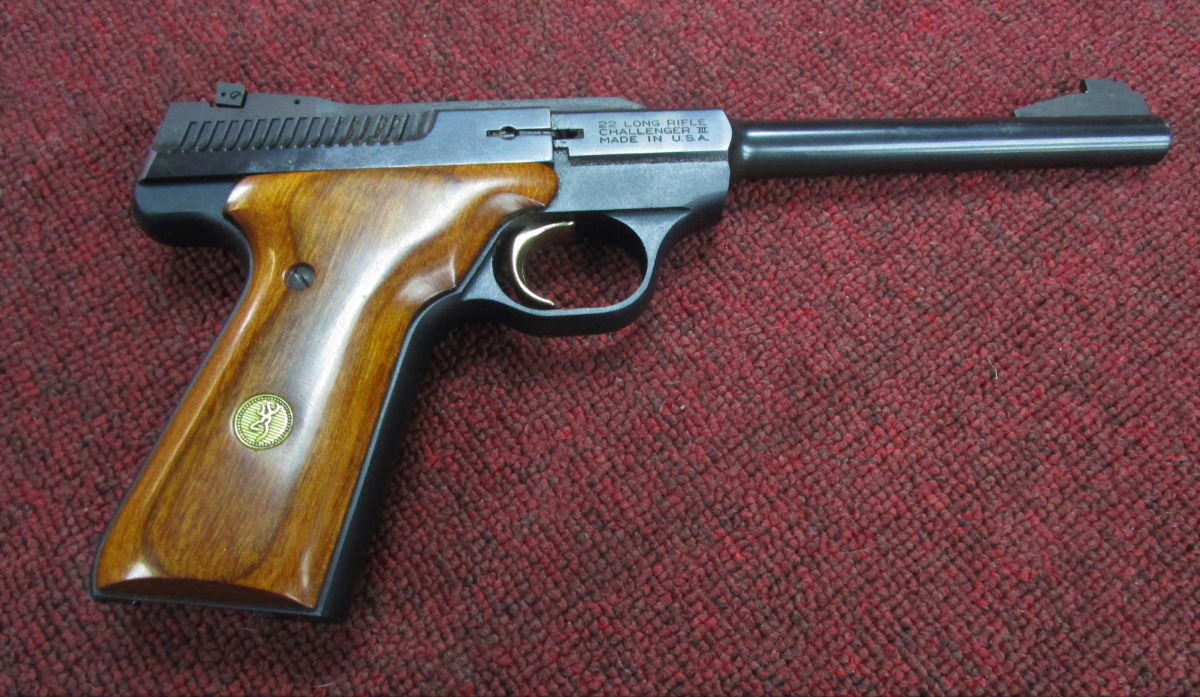 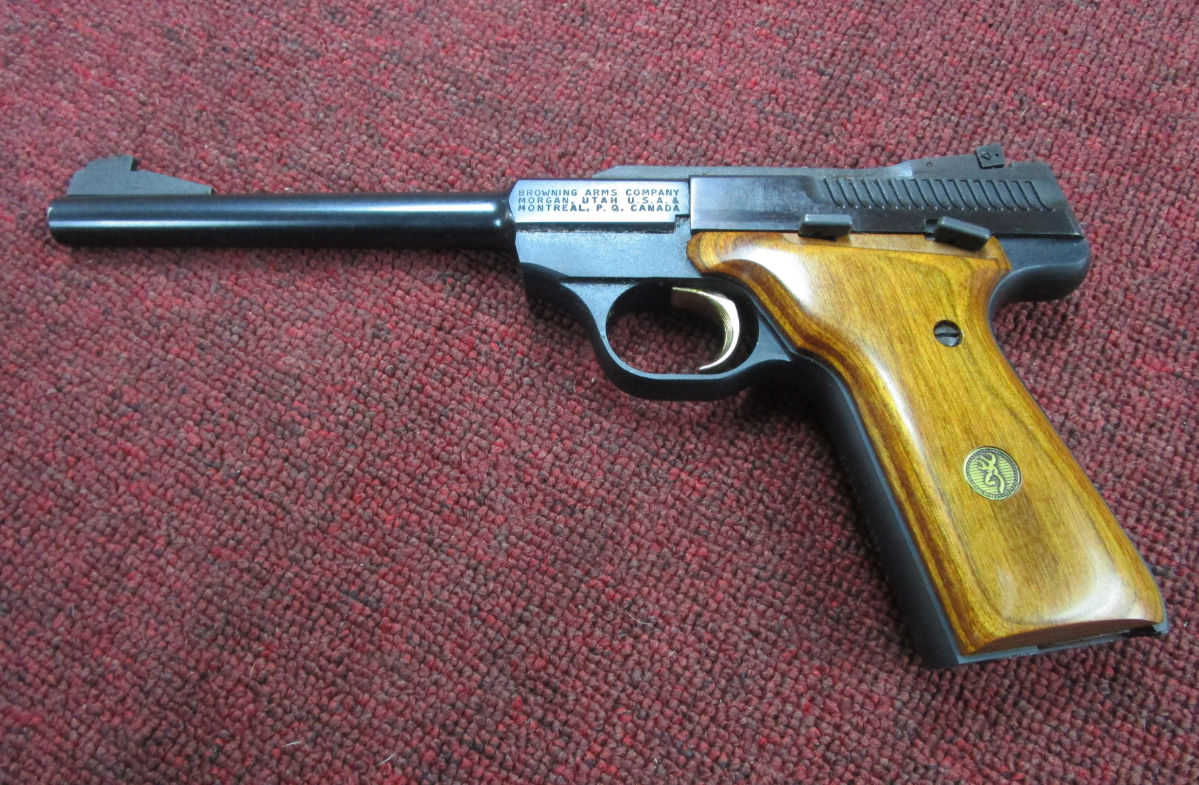 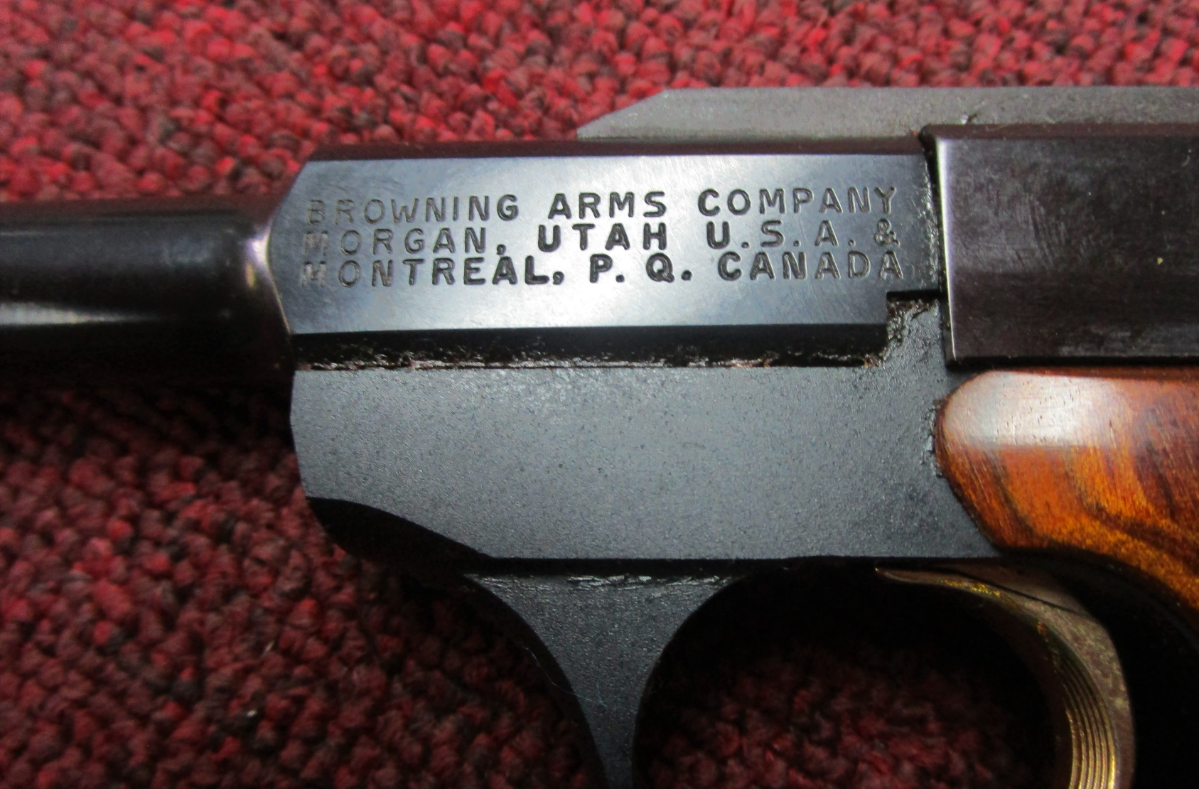 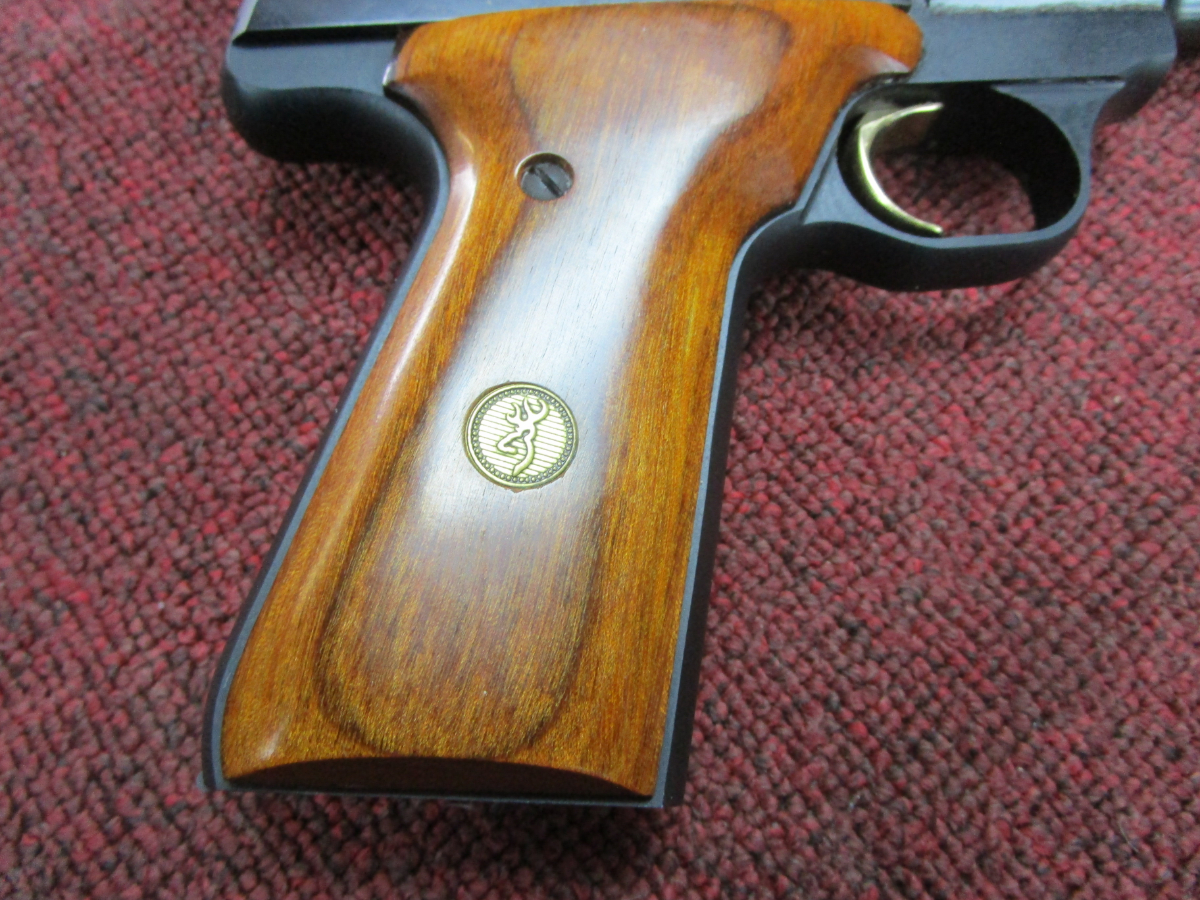 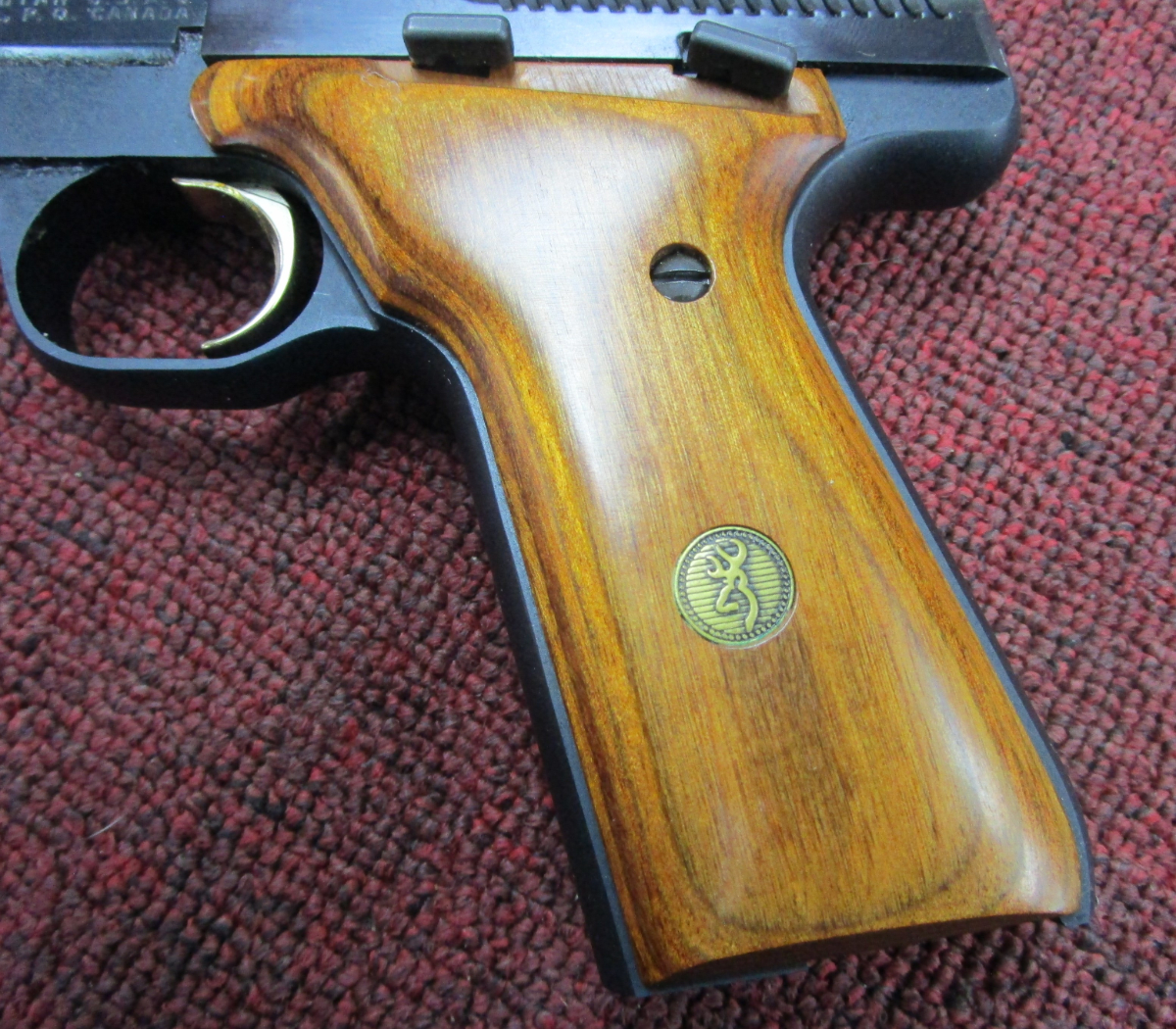 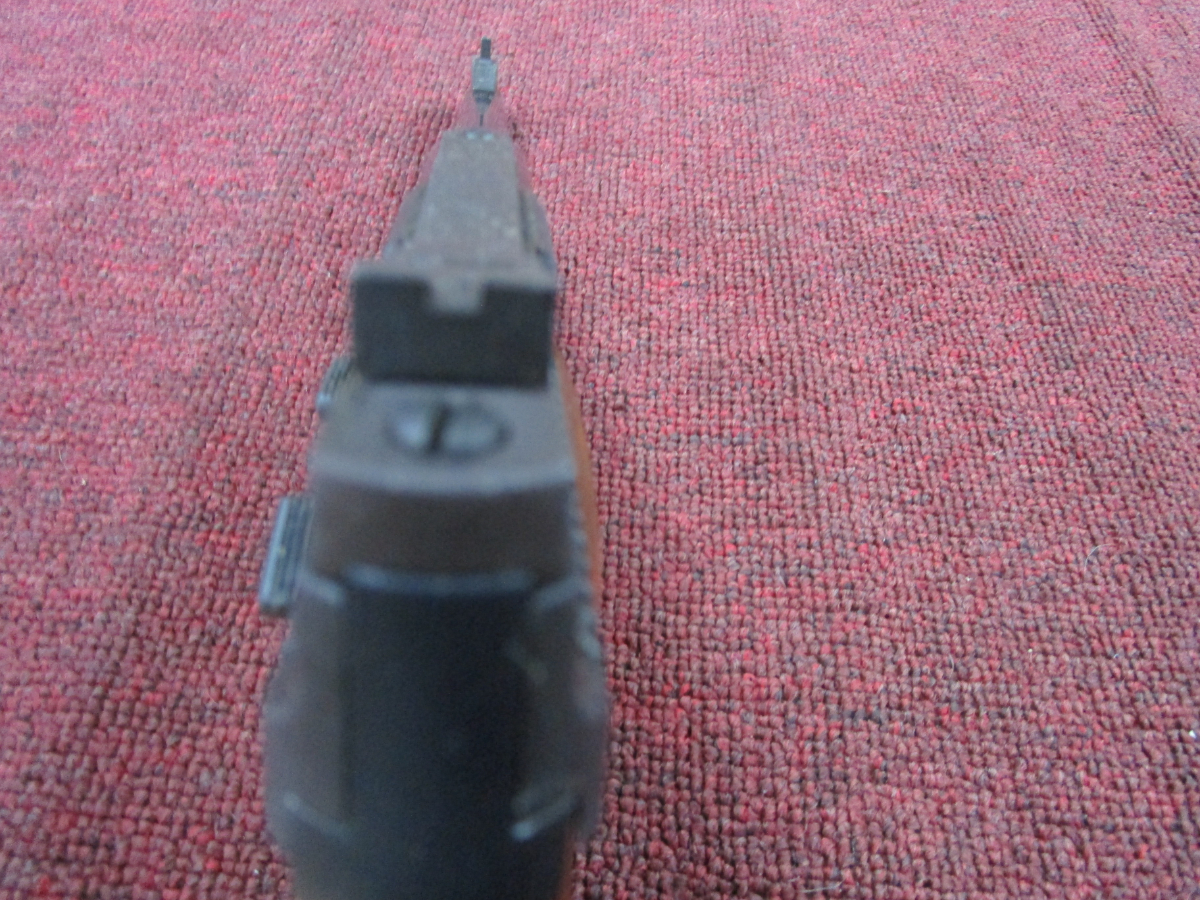 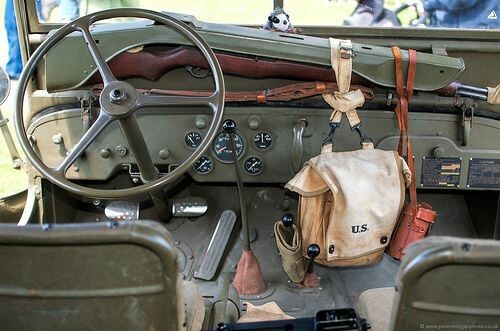 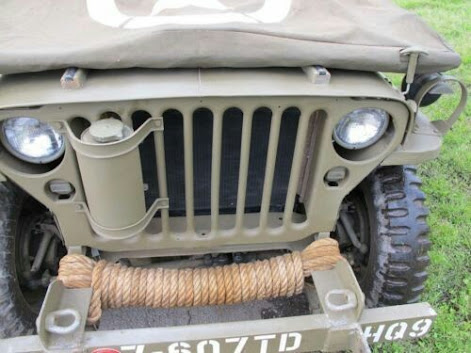 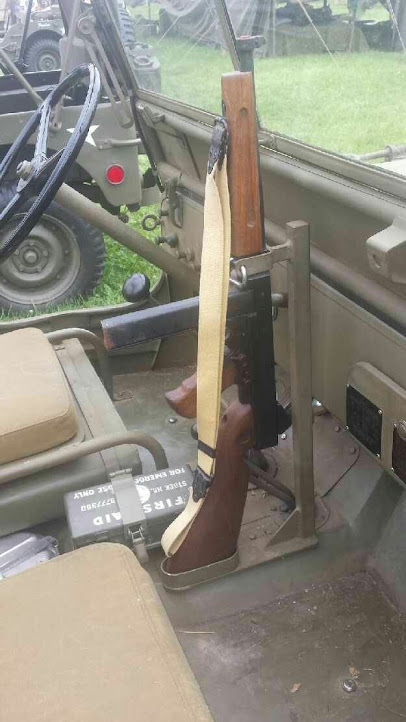 Somebody has not been cleaning their weapons. Also
if you needed to get your Garand out. This looks like a
bad way to do it. Hint DO NOT Wrap your ditty Bag
around your Garand like that!
As the Top will not be amused by this at all! Grumpy