“David Miller stood right here, leaned on the corner of the dairy barn, and killed that woodchuck just beyond that big cedar, where the white car sat for years.” I’ve heard the story a million times, and every time my dad, Ol’ Grumpy Pants, and I talk about varmint and predator rifles this story comes up. The dairy barn, or what’s left of the milk house, sits in my father’s yard, part of what was Miller’s farm, and the shot was about 225 yards; a considerable distance for the mid 1960’s, considering the optics of the day. The rifle was a well-worn Savage bolt-action, and the cartridge was the .22 Hornet. 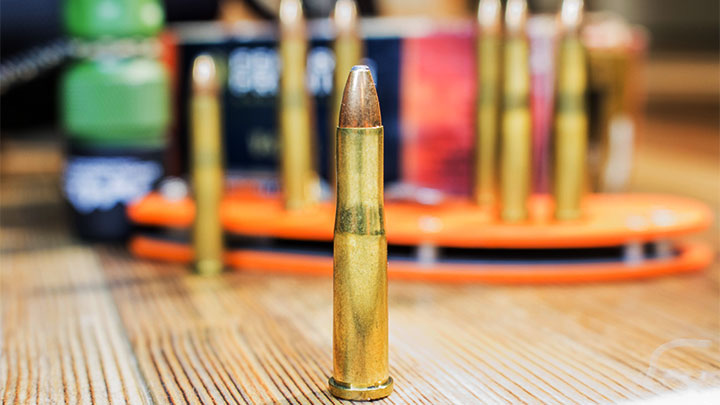 Developed by a group of very talented ballisticians at the Springfield Armory—including Col. Townsend Whelen—in the late 1920s, the .22 Hornet, in its current guise, was first produced by Winchester in 1930. The Savage Model 23-D became available in late 1932, followed by the Winchester Model 54 rifle in early ’33. It was the first commercial high-velocity centerfire cartridge designed for varmints, predators and small game animals, and it drives a 45-grain bullet to just about 2650 fps, sometimes a bit more, sometimes less depending on the manufacturer.

It’s a rimmed cartridge with a length of 1.403 inches, and a slight shoulder measuring 5 degrees 38 minutes. In a good rifle, the Hornet feeds like grease, and offers a wonderful shooting experience. The little cartridge has virtually no recoil (especially when compared to the larger varmint cartridges like the .223 Remington and .22-250 Remington) and will give excellent accuracy. It is not a speed demon, nor does it possess the flat trajectory that the later-developed smallbore cartridges do. Though Winchester released their own pair of varmint cartridges in 1937—the .218 Bee and .219 Zipper—neither had the accuracy of the Hornet. It was extremely popular, as its report was mild, yet the performance of the cartridge surpassed the appearance. The introduction of the .220 Swift in the mid ‘30s showed the shooting world the meaning of velocity, though it came at a price: the barrels of that era didn’t deal well with the heat generated by the huge case, and throat erosion was a challenge. The mild velocity of the Hornet means that a barrel will last a lifetime. 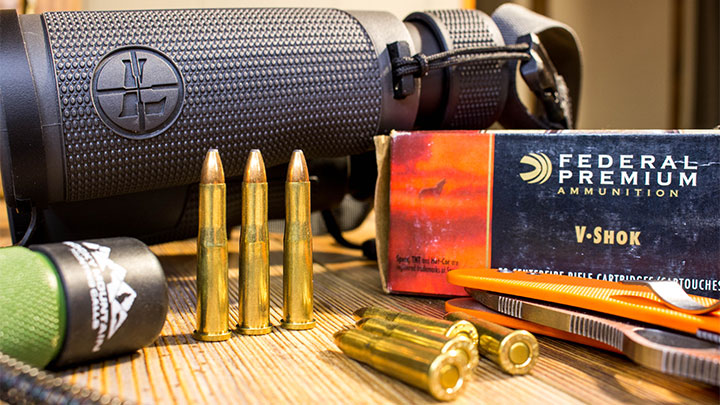 Unlike the larger-cased .22-caliber centerfires, the .22 Hornet usually runs on bullets weighing 45 grains or lighter, though I have good success with 52- and 53-grain bullets in handloaded ammunition. Additionally, those lighter bullets tend to be round nose or semi-spitzer in profile, which doesn’t exactly aid in a flat trajectory or retained energy. For example, Hornady loads the 45-grain Spire Point in the Hornet, at a muzzle velocity of 2665 fps. Using a 200-yard zero, you’ll see 13-inches of drop at 300 yards, with the bullet retaining 231 out of the original 710 ft.-lbs. of energy; the Hornet loses steam out beyond 150 yards, and by 200 is beginning to peter out. But inside that distance …

The light-for-caliber bullets will certainly bump up the speed at the muzzle, but just as in the larger caliber cartridges, sectional density and ballistic coefficient play a definite role in the downrange performance. Hornady’s 35-grain V-Max load starts out at 3100 fps, for 747 ft.-lbs., an increase over the 45-grain load, but when zeroed at 200 yards will drop 17 inches at the 300-yard mark, yet only has 99 ft.-lbs. at that mark. In spite of the lower muzzle velocity, the heavier bullets offer a flatter trajectory and retain more energy. But no matter what, the .22 Hornet is a short range cartridge, in comparison to the .223 Remington and .22-250 Remington, and definitely in comparison to the .22 Nosler and .224 Valkyrie. 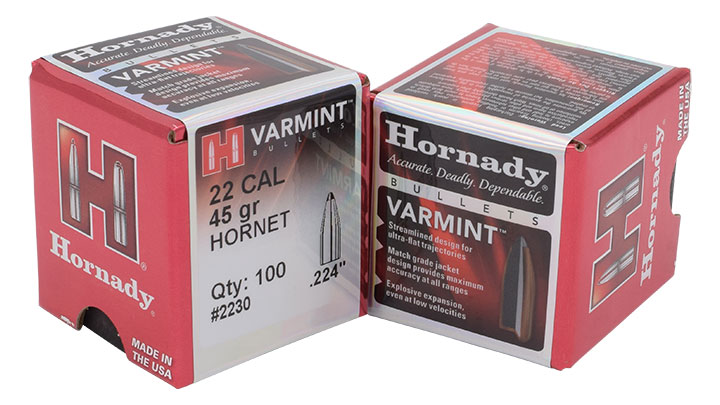 As I said, inside that distance … within 100 or 150 yards, the .22 Hornet is an absolutely wonderful cartridge to shoot and hunt with. Coyotes, foxes, woodchucks, prairie dogs, skunks, possums, et al. will fall quickly to a well-placed .22 Hornet bullet. And I know quite a few hunters who use the Hornet for head shots on whitetail does, putting them down quickly when the shot is properly placed.

It can be housed in a handy little rifle—there are many enthusiastic fans of the Ruger No. 3 single-shot—and it is a nice diversion from the loud report of the larger-cased varmint cases. And I’ve found that in a proper rifle the Hornet can be wonderfully accurate, which is another part of the cartridge’s appeal. In this world of cartridges designed to hit targets in the next zip code, the challenge and pleasure of getting closer has an allure all its own. 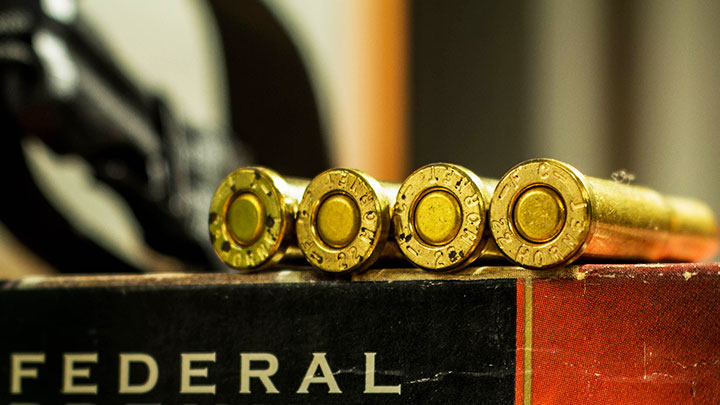 The .22 Hornet turns 90 this year, and with a wide selection of factory ammunition from companies like Hornady, Federal, Remington, Winchester, Nosler and Browning, your rifle will remain well-fed. I love the .22-250 Remington, and have spent time with the .222 and .223 Remington, as well as the .218 Bee, but there is definitely something special about the .22 Hornet, and I hope that 90 years from now shooters are still smiling over the little cartridge. 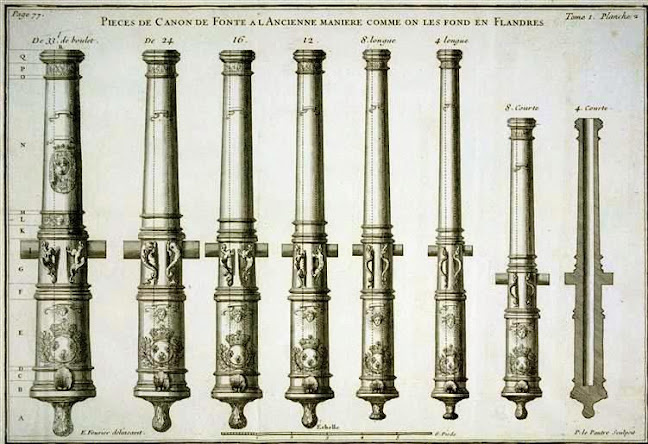 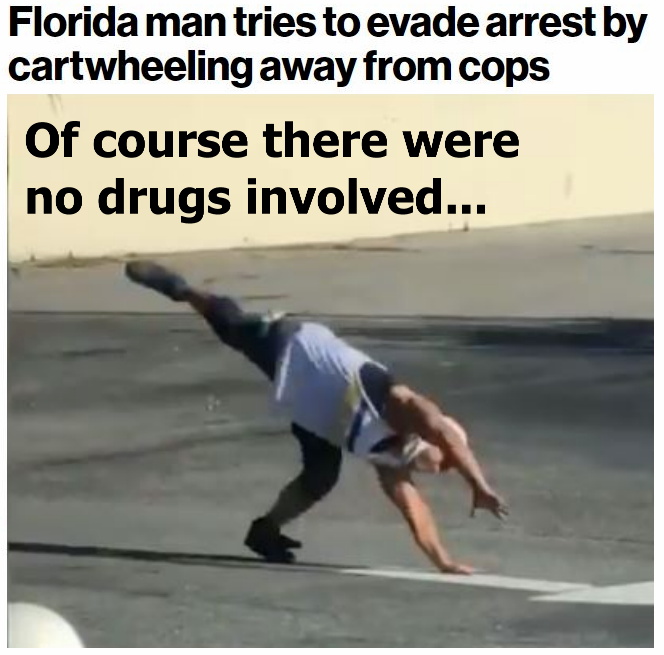 Recently released audio of phone calls with a Santa Fe detective reveals actor Alec Baldwin complained about how cinematographer Halyna Hutchins’ shooting on the set of Rust cost him jobs. Baldwin also badgered police to grill the film crew over a box of missing bullets.

The call with Detective Alexandra Hancock in the week after the fatal shooting of Hutchins shows Baldwin telling the detective that the incident has cost him jobs, and has been “really tough.”

“You know what’s really tough for me, is I have six kids,” Baldwin is heard saying. “We had to tell my older daughter today what happened, and she started to cry. She said, ‘I’m going to go to school, and everyone’s going to make fun of me.’ My eight-year-old.”

“Half the jobs I had lined up between now and the second half of the year, they fired me,” the actor added. “They didn’t want me to come.”

Elsewhere in the audio, Baldwin is heard badgering Hancock to find a “missing” box of 45 Long Colts that he said mysteriously “disappeared and reappeared,” and begging the detective to “indulge” him on how a live round ended up in his gun.

“They were missing a single box of 45 Long Colts,” he said. “That box disappeared. It reappeared, I said, ‘What was the length of time it was gone?’ She said, ‘I don’t remember.’” 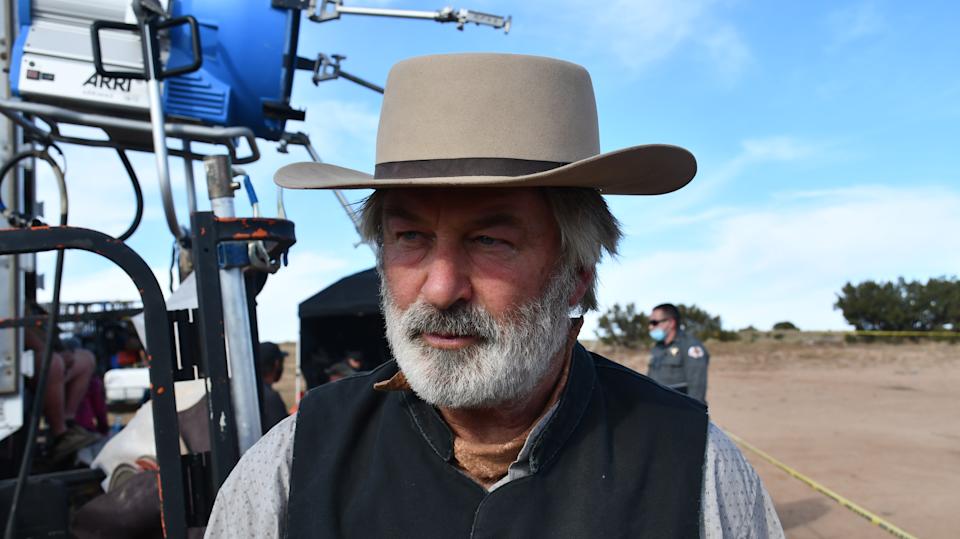 Baldwin went on to say that while he doesn’t want to be a conspiracy theorist, he wonders if “someone maybe tampered with this.”

The actor then implored the detective to grill Rust armorer Hannah Gutierrez-Reed.

“I’m dying to find out from Hannah — I don’t want to abuse Hannah or make her feel bad — but what happened to that box of bullets?” he said. “Where did that box, when it disappeared, what date did it disappear? How long did it disappear for? When it came back, where did you find it?”

“I’m just begging you to indulge me,” Baldwin continued. “I’m begging you to understand my intention here, which is how — what happened to that box of 45 Long Colts?” 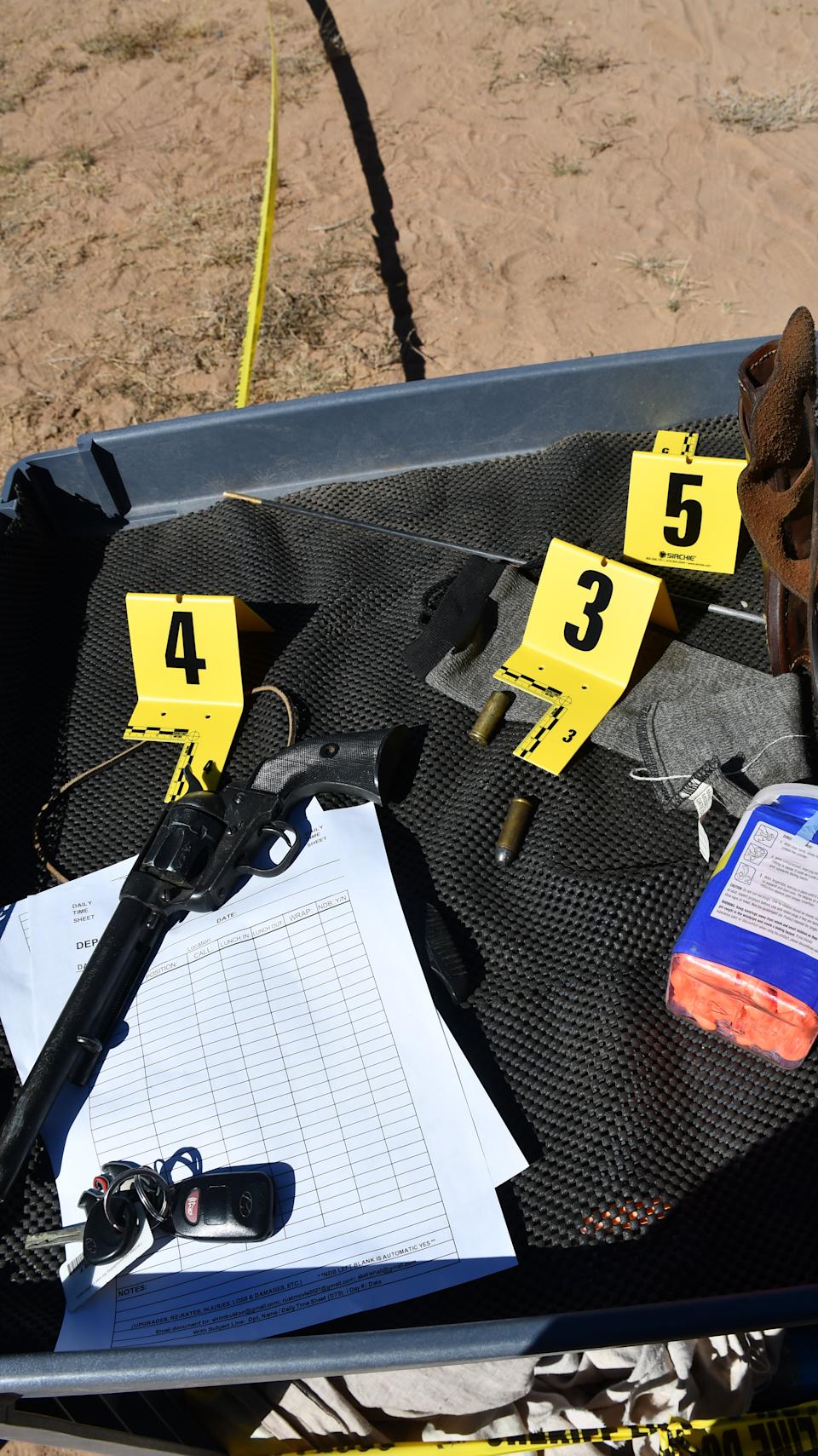 Baldwin continued to entertain the conspiracy, suggesting that someone on set who harbored a “malignant attitude” toward him could have “had something out” for him.

Other recently released footage shows the moment Baldwin learned Hutchins had died in a hospital after he accidentally shot her on the film set. In the video, the actor can be seen holding his hand over his mouth and softly uttering the word “no” as the news was delivered. 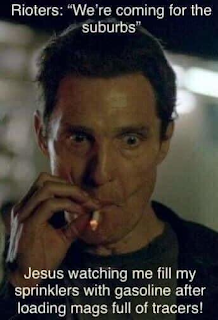