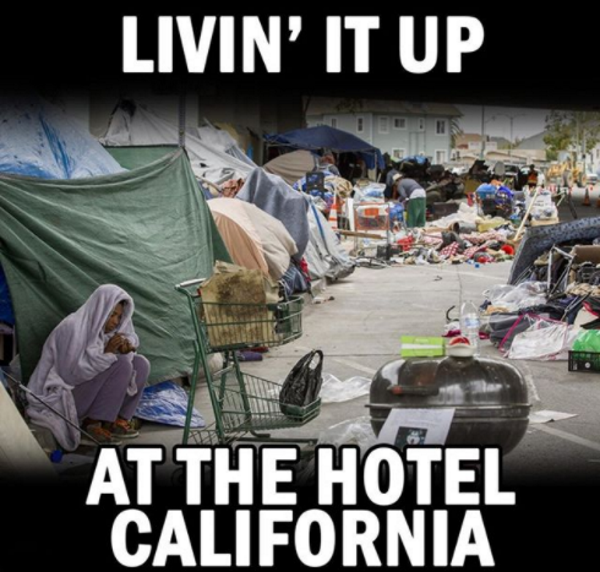 Skid Row, Los Angeles California, This is when for almost 40 years now. No Politician has the balls or guts to take on this issue. Because there was no Votes in it. Hopefully that will change. (Yeah Sure!) Grumpy 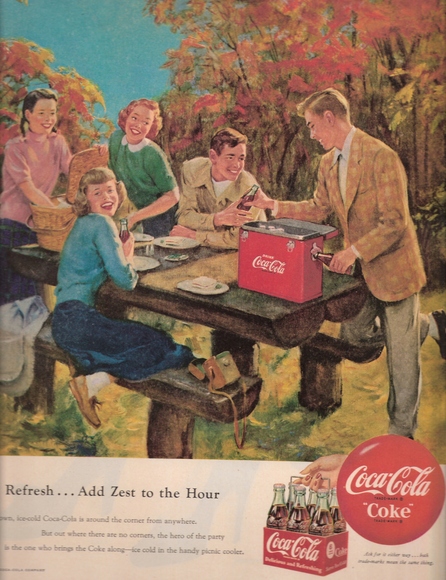 The Remington 870 is the most popular pump-action shotgun ever made. Here’s why.

Plain and simple, the Remington 870 is reliable and versatile. It has a smooth action. It feels sturdy and comfortable in your hands. And with countless aftermarket accessories, you can customize it to your specific shooting needs.
That’s why bird hunters, sport shooters, police officers and military personnel have made it their shotgun of choice for more than 60 years. It is indeed a versatile shotgun.
Remington first released the 870 in 1951. By 2009, the company had produced 10 million models. Today, the Remington Model 870 is considered the best selling shotgun in history.

The success of this gun has a lot to do with its reliability and sturdy design. The 870 has a solid steel receiver, while most other pump-action shotguns have alloy receivers. That translates to lasting durability. Also, the pump moves super smooth. The 870 features twin action bars and a bottom-loading, side-ejecting receiver that create consistent ejection and smooth action. Varying barrel lengths typically have a vent rib and most include a Rem choke.

As mentioned before, the Remington 870 is also popular because its highly versatile. Whether you need a sport shotgun or a tactical weapon, the market is flooded with after-market accessories to pimp out your 870.

Remington is well aware of how versatile the 870 is. Over the years, they’ve made several variations of the Remington 870 for a wide range of uses in a variety of calibers. 12-gauge is the most popular chambering for the Remington 870, though hundreds of variations exist in 16, 20, and 28 gauges, as well as .410 bore.
The 870 series models geared towards hunters and sport shooters include the Model 870 Wingmaster, the Model 870 Express, Express Super Magnum, and the 870 Express Shurshot Turkey gun. Some have hardwood stocks, some have a synthetic stock, and most gauges of shotgun shells are covered.
The 870 series has also been added to the combat shotgun market. These include the Marine, Mark 1, MCS, and Police. They’re catered for law enforcement and military applications, and some even include a pistol grip.
The Remington 870 is arguably the best pump shotgun you can buy under $500. Most models retail between $400-$600. If you want a gun with a no-nonsense type of approach, this is the shotgun for you.
NEXT: 10 THINGS YOU DIDN’T KNOW ABOUT THE REMINGTON 700
____________________________                               My Grandfather had one of these fine scatter guns. Which I was allowed at the tender age of 11.
In order, To go forth and reduce the population of California Ground Squirrels. So that Grandpa’s nursery was not destroyed by them. Anyways, I learned a lot from them and got fairly good at killing them.
(Fact – In Northern San Diego County, the place was just over runned by them back in the 1970’s)

When a WW II drone embarrassed the USAF 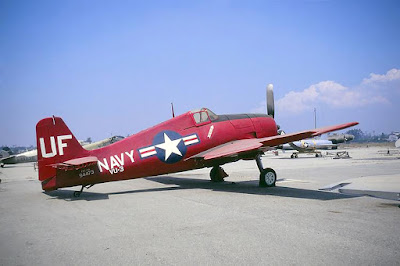 I remembered reading a book called “The Skunk Works” and the F117 fighter and the phrase Kelly Johnson or Ben Rich used when it came to the United States Air Force fascination with missiles.   he commented…”If the missiles did as advertised, they would be called “hittles” not Missles”.  This prompted the development of the Stealth fighter.
The United States Military had this fascination with Missiles hoping to find the single thing that would shoot down the enemy plane and make it easier than dog fighting.  Unfortunately it took Vietnam before they really started dog fighting and not super reliance on technology.
The United States military does not like to talk about the Battle of Palmdale. It is undoubtedly one of the most embarrassing American military defeats in history – and it happened right over U.S. soil.
Although not a single soul was lost, over 1,000 acres of American land was destroyed, the military was left embarrassed, and several Americans nearly perished in their own homes and vehicles.
All of this from a single enemy who could not even shoot back. This formidable foe was never defeated, or even damaged, by the American military.
Who was this foe, and why did the United States military so thoroughly fail to defeat it? 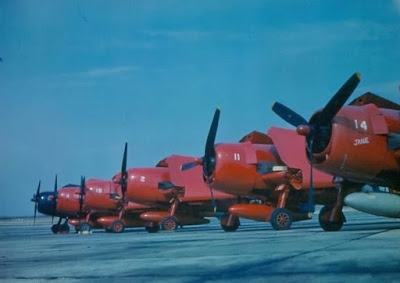 The Cold War arms race between the United States and the Soviet Union requires little introduction: the two superpowers of the world constantly wanted to ensure they had a military advantage over the other in the case of conflict.
One element of this race was the development of guided air-to-air missiles in the 1950s.

The United States seemingly won this race, with the Air Force and Navy introducing missiles on their fighters in 1956, a year before the Soviets. However, these missiles needed extensive testing and were severely flawed.
By 1956, in the late stages of testing, live fire tests became necessary. These were conducted against remote-controlled planes (“drones”), including the Grumman F6F-5K Hellcat.
Although the Hellcats were well-regarded during World War 2, they were obsolete by 1956, and this made them great practice targets.
On August 16, 1956, one of the Hellcat drones was launched from Naval Air Station Point Mugu in California. It was painted bright red to make it an easier target for the Navy which was to take it down with their new air-to-air missiles.

However, the drone had other plans. The Hellcat broke from its course early in the mission. Instead of heading over the ocean, it took a turn towards Los Angeles and continued to climb in altitude.
For some reason, the drone was no longer responding to its controls. In response, the Air Force scrambled two fighters to take it down using unguided air-to-air rockets.
The relative strength of forces seemed firmly in the Air Force’s favor. The Air Force selected two Northrop F-89 Scorpions from nearby Oxnard Air Base for the task. The Scorpions were early jet-powered fighters – more than a match for a propeller plane.
Between them, the Scorpions had 208 rockets. On the other side stood an unarmed, unmanned, bright red, outdated drone.

Although the Scorpions’ rockets were not guided, they made use of a brand new computerized fire control system.
The Air Force obviously did not want to shoot down the drone over a populated area, so they waited for it to pass over Los Angeles. It continued to turn until it approached the sparsely populated Antelope Valley, at which point the Scorpions engaged.
Or at least they tried to. It turned out that the new fire control system was not all it was cracked up to be, and the rockets failed even to fire. However, the fighters were able to revert to a manual control mode not using the computerized system.
Unfortunately, the planes’ gun sights had been removed due to their supposed obsoleteness after the computerized system was added. In addition, the rockets in question, the MK 4 “Mighty Mouse,” were notoriously inaccurate.

When the drone continued turning, back towards Los Angeles, the pilots knew they needed to act quickly. With 208 rockets, the odds still seemed in their favor. They each launched a volley of 42 rockets, several of which connected.
However, the rockets only glanced against the drone’s fuselage, failing to detonate.
With 124 remaining rockets, the fighters made another pass, and each launched 32 rockets. This time none even made contact.
With only 60 rockets remaining, the pilots decided to recalibrate their intervalometer, hoping to increase the effectiveness of their rockets. This would be their last chance to take down the drone as they were running out of fuel as well as ammunition.

The pilots made one final pass, each launching their remaining 30 rockets as the drone approached the city of Palmdale. The last of the Scorpions’ 208 rockets again failed to make contact… at least, with the drone.
As the pilots returned to base, it became clear that their rockets had made contact, just not with the drone. Although the Mk. 4 rockets, if they missed their target, were supposed to disarm as their speed decreased, something went wrong with this system.

The vast majority, possibly as many as 193, of the rockets detonated. These rockets caused several major fires and nearly caused several fatalities. Although the area around the battle was sparsely populated, the destruction was widespread.
The first fire was around Castaic and destroyed 150 acres. Another rocket fell near Placerita Canyon, where it set a number of oil sumps on fire. That fire nearly reached the Bermite Powder explosives plant, but fortunately was contained around 300 feet away.
At Soledad Canyon, an additional 350 acres went up in smoke, and several smaller fires added to the destruction. All-in-all, over 1,000 acres were destroyed by the fire.

A number of the rockets hit houses, nearly causing several fatalities. One piece of shrapnel flew through a woman’s window, bounced off her roof, and eventually smashed into a kitchen cabinet, where it came to rest.
Another house was hit with several fragments, which sliced through the garage and living-room, nearly hitting the woman who lived there.
Another rocket detonated right in front of a man and his mother who were driving along the road, destroying the front of the vehicle. Miraculously, neither was seriously injured.
Finally, a rocket scored a direct hit on another truck, totally destroying it. Fortunately, its occupants had just gotten out.

The drone itself caused only minor damage when it finally ran out of fuel and crashed. Although within sight of the Palmdale Airport, it crashed near an unpaved road, destroying several power lines in the process.
Its remains were eventually recovered in 1997, although it largely disintegrated upon impact.
One thousand acres of land was consumed by fires that took two days and 500 firefighters to extinguish.
Although there were no fatalities, the incident was certainly embarrassing for the U.S. military. Not only had they accidentally inflicted significant damage on American soil and failed to shoot down their target but also many of the brand-new technologies they had developed had proven faulty.
The fact that the remote controls for the Hellcat stopped working in the first place was unfortunate, but the Scorpions’ computer failure was another concern altogether. All of this technology, created to keep ahead in the Cold War arms race, had utterly failed.
However, the United States government learned from these failures. Fire control systems continued to advance, guided air-to-air missile technology became more practicable, and eventually, fail-safes were added to unmanned vehicles.
It would be nearly impossible for another “Battle of Palmdale” to happen today, as modern drones are equipped with fail-safes that will either return them to base if they are not destroyed quickly or cause them to self-destruct at a high altitude. 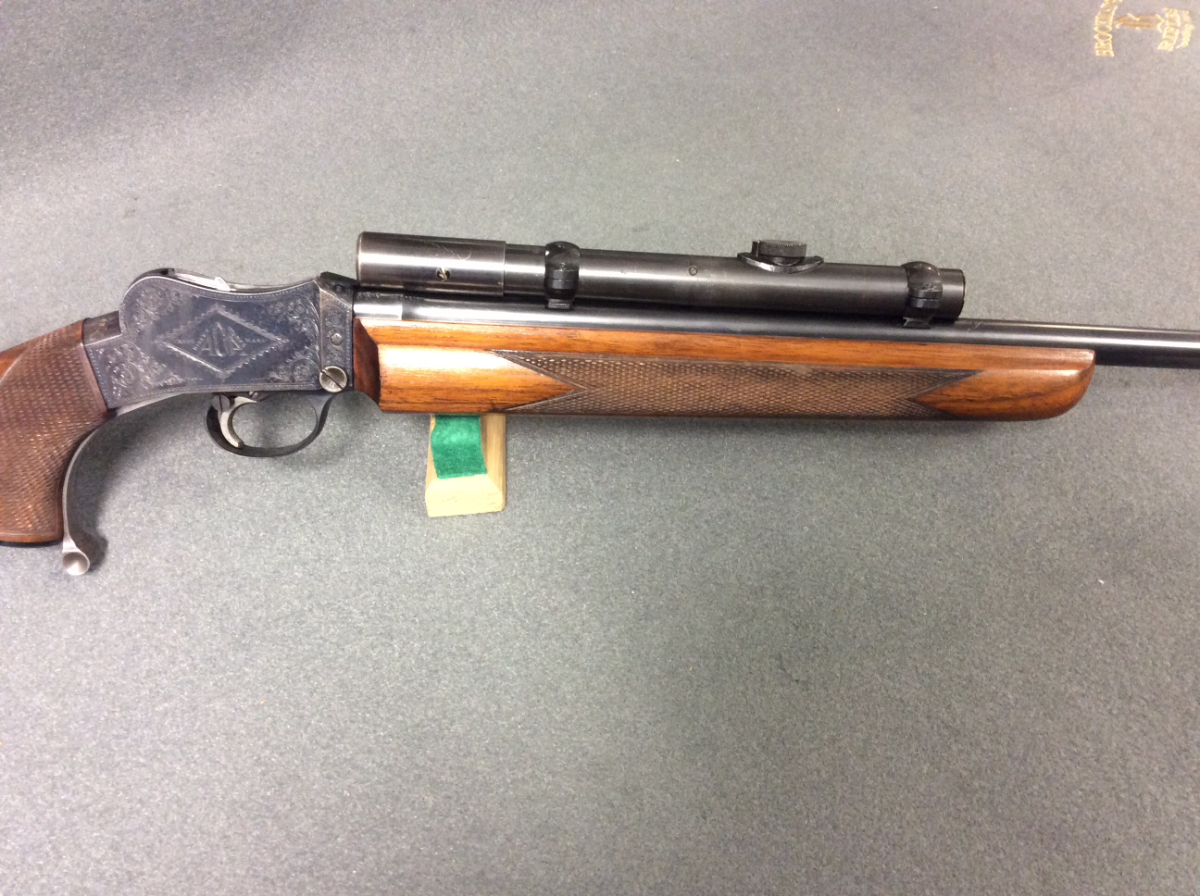 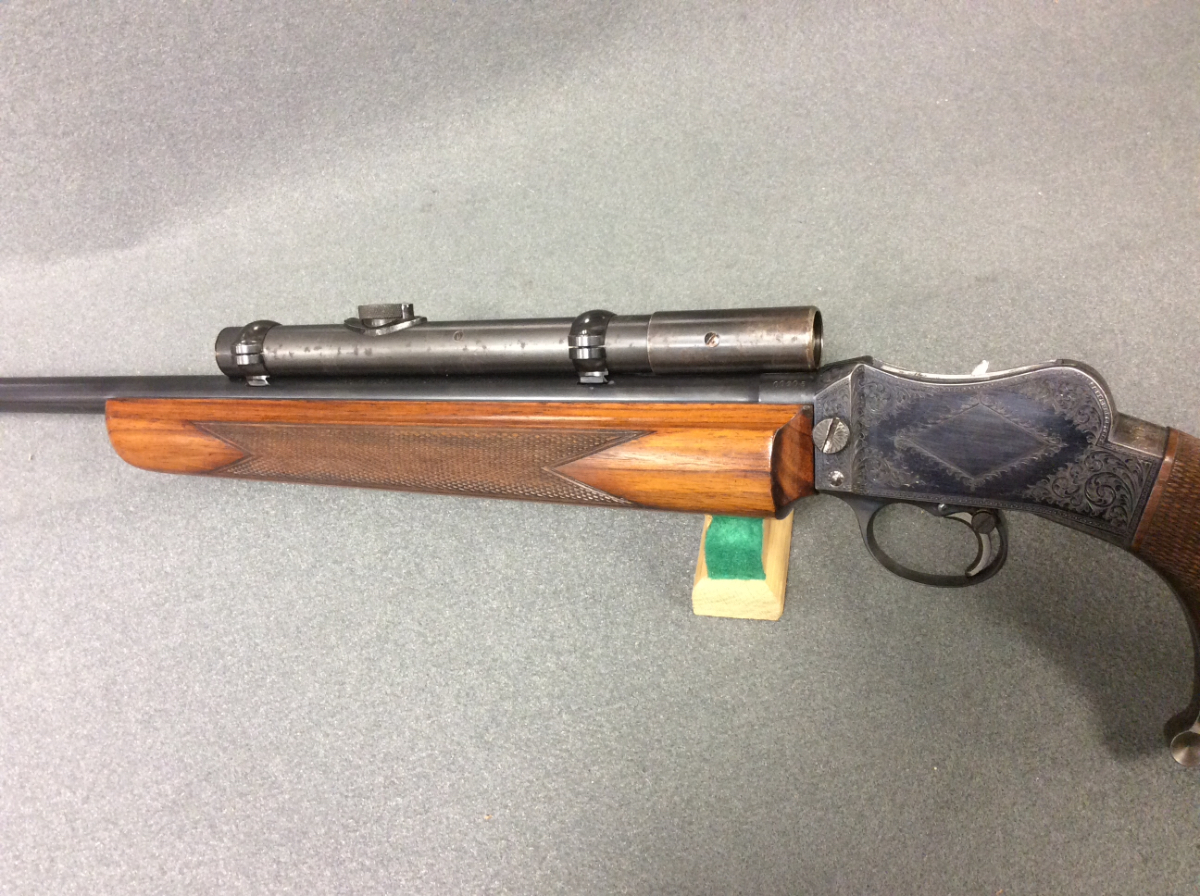 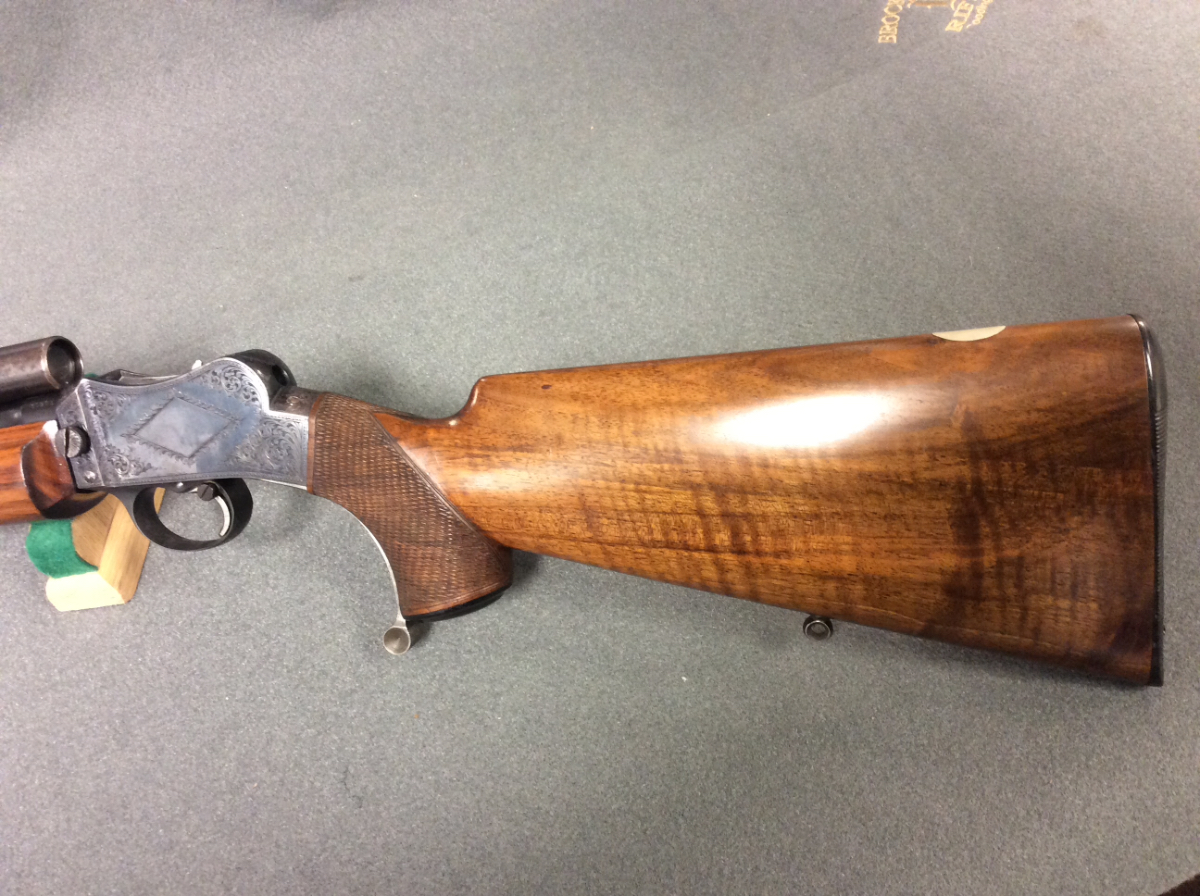 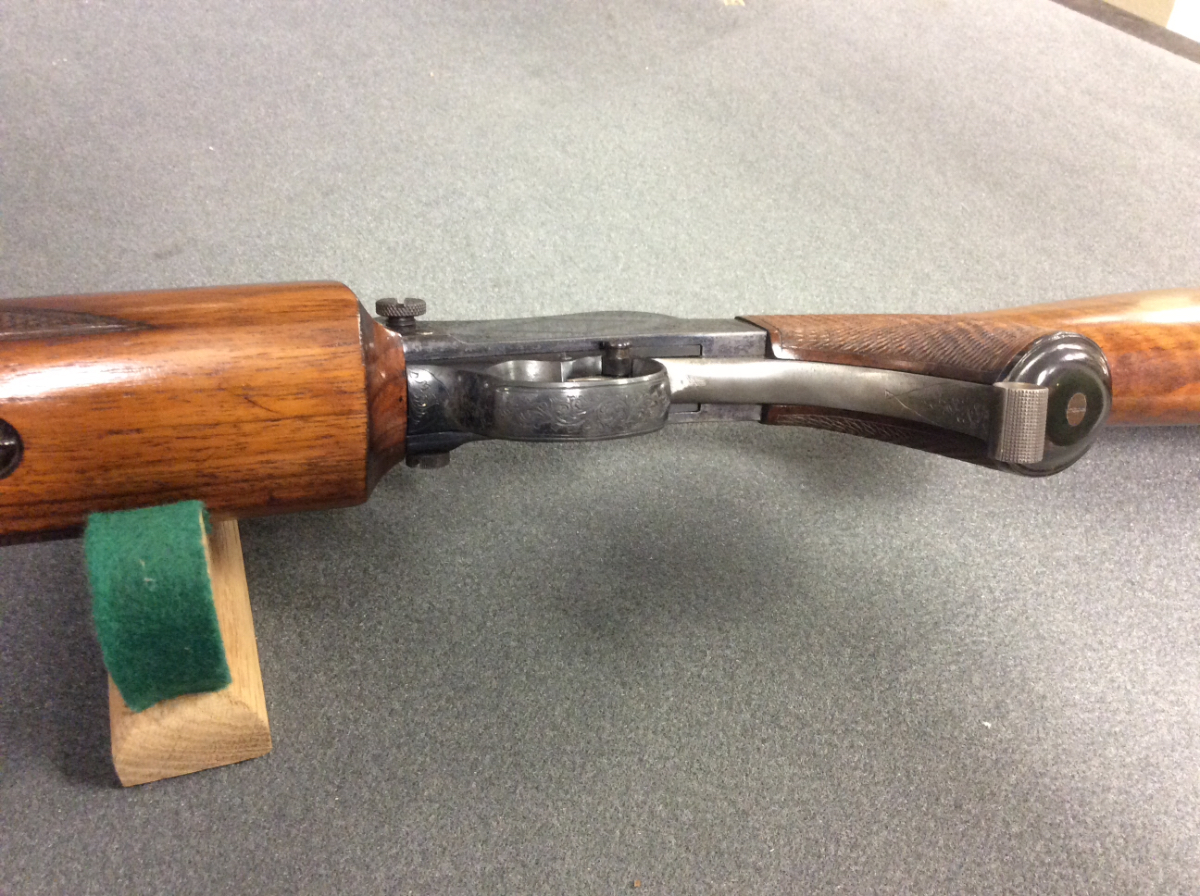 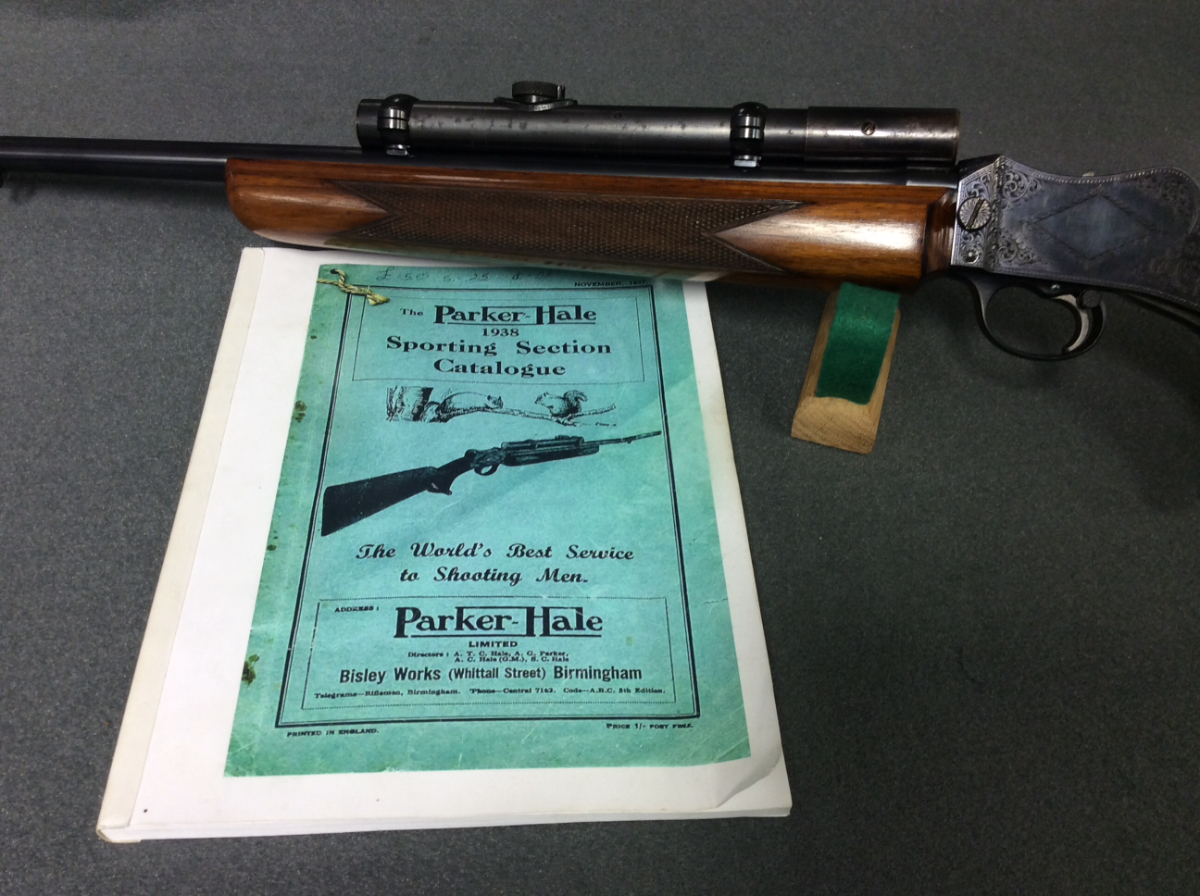 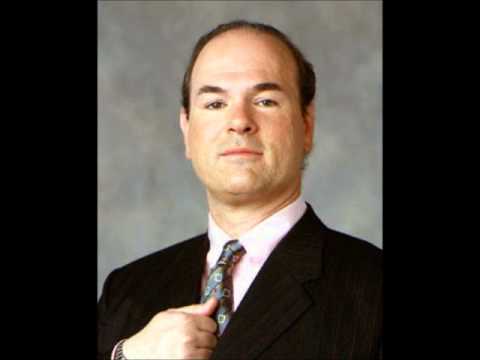 I skied once in the Army and I will never do it again! Grumpy