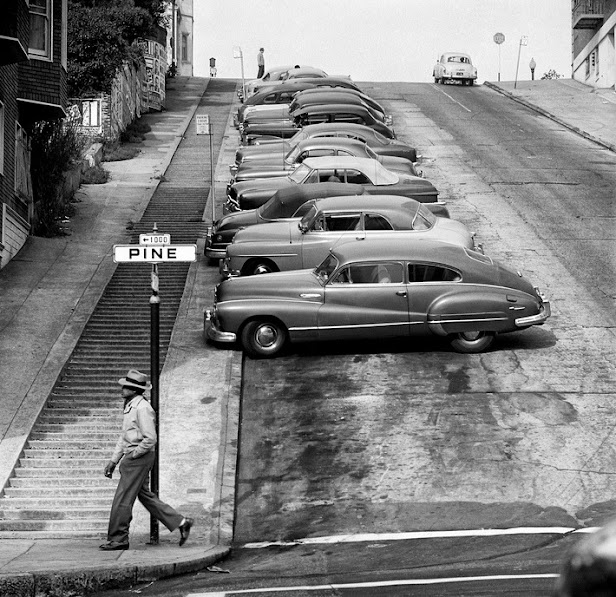 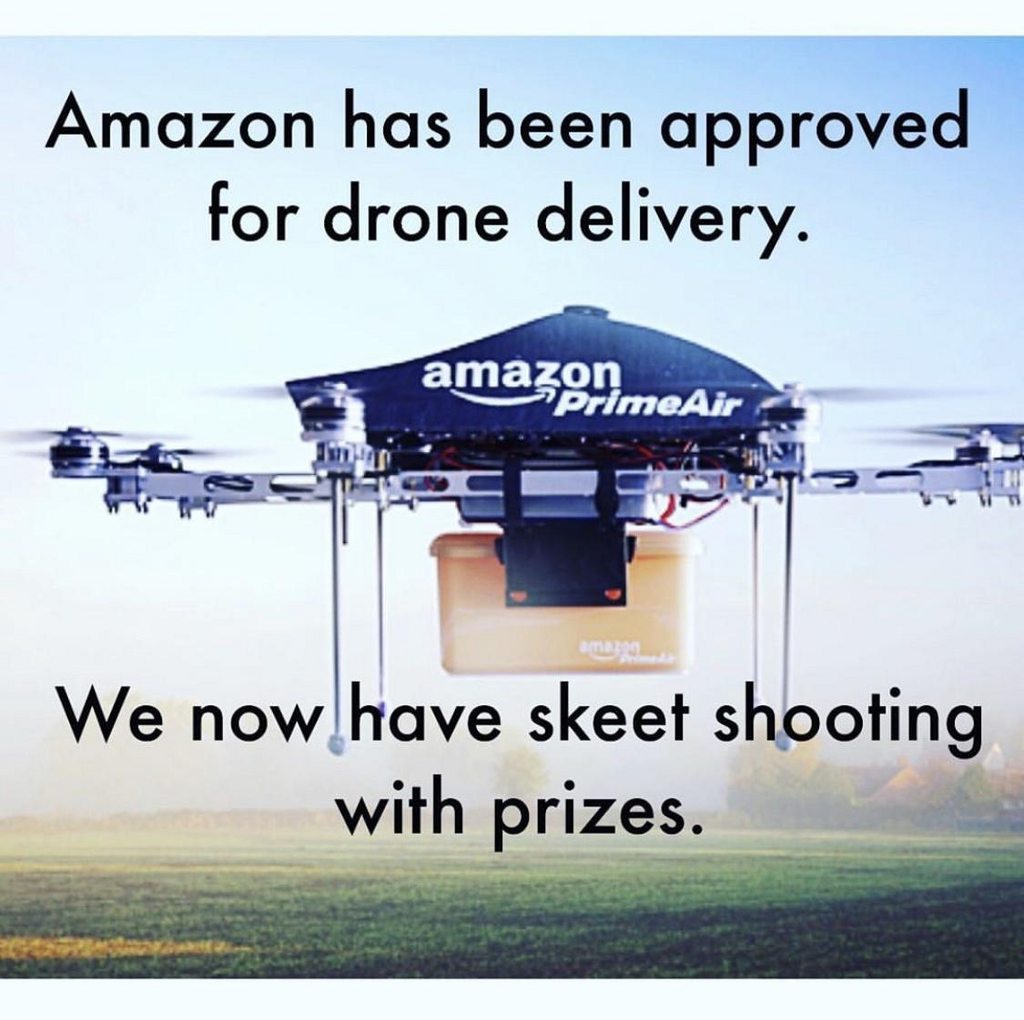 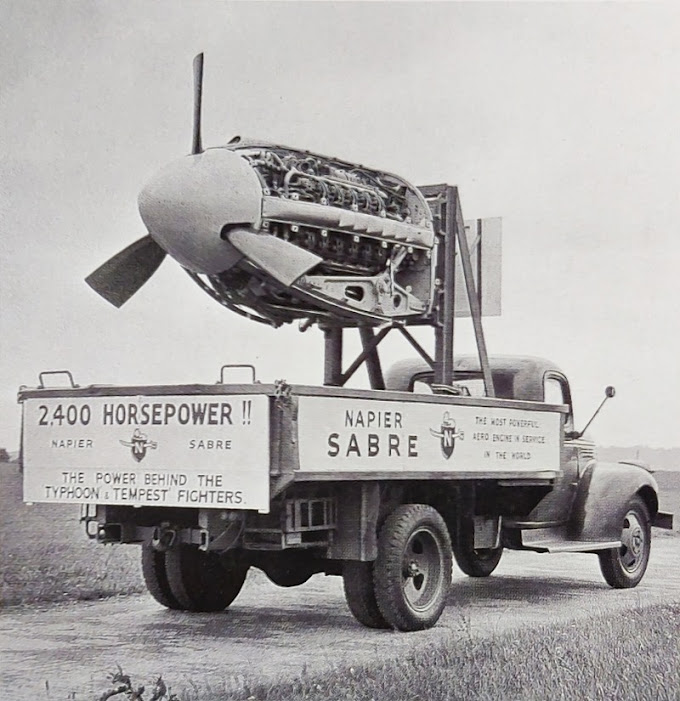 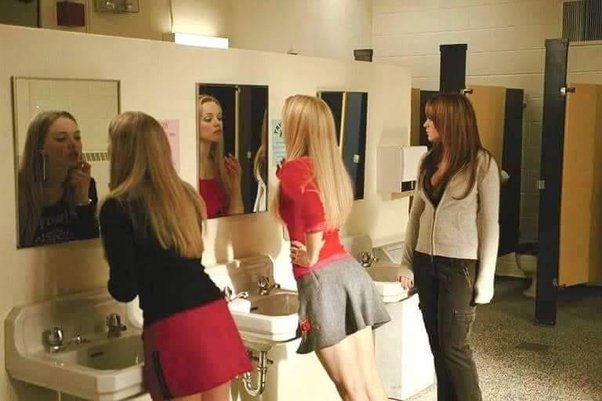 “According to a news report, a certain private school in Washington recently was faced with a unique problem. A number of 12-year-old girls were beginning to use lipstick and would put it on in the bathroom. That was fine, but after they put on their lipstick they would press their lips to the mirror leaving dozens of little lip prints. Every night, the maintenance man would remove them and the next day, the girls would put them back.

Finally the principal decided that something had to be done. She called all the girls to the bathroom and met them there with the maintenance man. She explained that all these lip prints were causing a major problem for the custodian who had to clean the mirrors every night.

To demonstrate how difficult it had been to clean the mirrors, she asked the maintenance man to show the girls how much effort was required. He took out a long-handled squeegee, dipped it in the toilet, and cleaned the mirror with it. Since then, there have been no lip prints on the mirror. There are teachers, and then there are educators…” 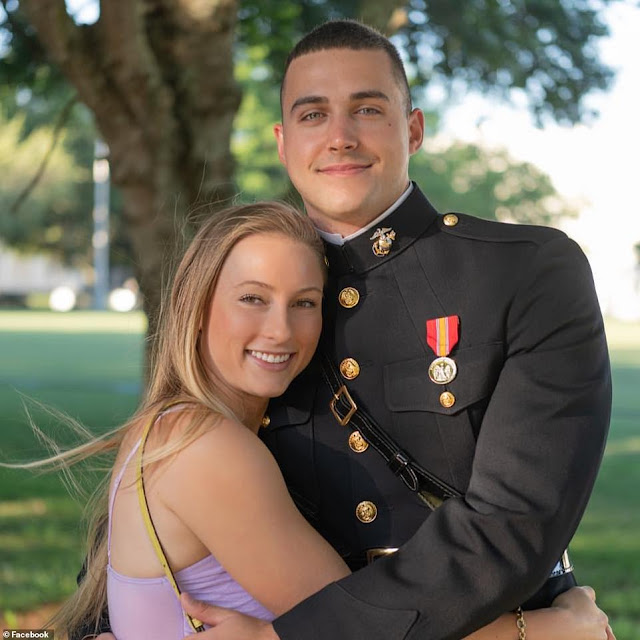 To the Guy Who Tried to Mug Me in Downtown Savannah night before last.

I was the guy wearing the black Burberry jacket that you demanded that I hand over, shortly after you pulled the knife on me and my girlfriend, threatening our lives. You also asked for my girlfriend’s purse and earrings.

I can only hope that you somehow come across this rather important message.

First, I’d like to apologize for your embarrassment; I didn’t expect you to actually crap in your pants when I drew my pistol after you took my jacket..

The evening was not that cold, and I was wearing the jacket for a reason.. my girlfriend was happy that I just returned safely from my 2nd tour as a Combat Marine in Afghanistan .. She had just bought me that Kimber Custom Model 1911 .45 ACP pistol for my birthday, and we had picked up a shoulder holster for it that very evening.

Obviously you agree that it is a very intimidating weapon when pointed at your head … isn’t it?!

I know it probably wasn’t fun walking back to wherever you’d come from with crap in your pants.

I’m sure it was even worse walking bare-footed since I made you leave your shoes, cell phone, and wallet with me. (That prevented you from calling or running to your buddies to come help mug us again).

After I called your mother or “Momma” as you had her listed in your cell, I explained the entire episode of what you’d done. Then I went and filled up my gas tank as well as those of four other people in the gas station, — on your credit card. The guy with the big motor home took 153 gallons and was extremely grateful!

I gave your shoes to a homeless guy outside Vinnie Van Go Go’s, along with all the cash in your wallet. [That made his day!]

I then threw your wallet into the big pink “pimp mobile” that was parked at the curb ….. after I broke the windshield and side window and keyed the entire driver’s side of the car.

Earlier, I managed to get in two threatening phone calls to the DA’s office and one to the FBI, while mentioning President Obama as my possible target. The FBI guy seemed really intense and we had a nice long chat (I guess while he traced your number etc.).

In a way, perhaps I should apologize for not killing you … but I feel this type of retribution is a far more appropriate punishment for your threatened crime.

I wish you well as you try to sort through some of these rather immediate pressing issues, and can only hope that you have the opportunity to reflect upon, and perhaps reconsider, the career path you’ve chosen to pursue in life..

Remember, next time you might not be so lucky. Have a good day!

Until it was restored, it kind of looked like a chicken finger.

An illustration of the Roman dagger, sheath and belt. (Image credit: Elif Siebenpfeiffer)

Archaeologists in Germany were “lost for words” after the discovery of a 2,000-year-old silver dagger. The weapon was found in its sheath in the grave of a Roman soldier who once fought against the Germanic tribes.

The dagger was so corroded, it took nine months of sandblasting and grinding before the sharp, 13-inch-long (35 centimeters) weapon was restored, at which point researchers were easily able to remove it from its richly decorated sheath.

The find is unusual, given that “it was not the normal practice for Roman soldiers to be buried with their military equipment,” said Bettina Tremmel, an archaeologist at the Westphalie Department for the Preservation and Care of Field Monuments in Germany, who specializes in the Roman Empire and took part in the excavation with the University of Trier.

An intern with the Westphalie department, 19-year-old Nico Calman, discovered the dagger and sheath, as well as the remains of the decorated leather belt, during an archaeological dig at Haltern am See (Haltern at the Lake), a town in the German state of North Rhine-Westphalia, in April 2019.

During the Augustan period, from 27 B.C. to A.D. 14, Haltern was home to a Roman military base, known as “Hauptlager,” or “main camp.” Archaeologists have known about the site since 1900, making the newfound discovery of the dagger all the more surprising, Tremmel said.

The Roman soldiers stationed at the base weren’t terribly successful. Three Roman legions (large military units of about 5,000 men each) were wiped out during the defeat of the Roman general and politician Varus by the Germanic tribes in A.D. 9. Not too far from the base is a cemetery, where Roman soldiers and their families were buried.

It was there, in this cemetery, that Calman discovered the corroded dagger.

“The discovery of the dagger was emotional. We were lost for words,” Tremmel told Live Science. “Imagine: Though thousands of Roman soldiers were stationed in Haltern over almost 15 years or more, there are only a few finds of weapons, especially complete and intact ones.”

Tremmel immediately got in touch with restorers in Münster, who came to Haltern and excavated the “rusty lump” of a dagger from an earthen block, she said.

After the dagger was X-rayed, CT scanned and restored, archaeologists marveled at the dagger; its handle is inlaid with silver and decorated with rivets, and the iron blade has “deep grooves on either side of the midrib, a pronounced waist and a long tapering point,” Tremmel said.

The iron sheath is lined with linden wood and decorated with red glass, silver, niello (a black mixture, often of sulphur, copper, silver and lead) and red shiny enamel. Rings on the sheath were used to hang the dagger from a belt, which was also found in the grave.

The dagger was likely wielded by a legionary infantryman, an auxiliary infantryman or an officer known as a centurion, Tremmel said. However, daggers weren’t the main weapons used by the military.

“The dagger was a formidable weapon to have as a backup should the sword be lost or damaged,” she said. “The penalties for loss of equipment were so severe, there was every incentive for a soldier to keep a tight grip on his helmet, sword and dagger.”

It’s a mystery why this individual was buried with a dagger. Perhaps the owner was a Celtic or German native. Unlike the Romans, members of those tribes were often buried with their weapons. Or maybe the person was Roman, but wanted the dagger to be included in the burial, Tremmel said.

The only other known Roman military belt, dagger and sheath discovery was in a small Roman military camp in Velsen, in the Netherlands. In that case, a Roman soldier was thrown into a pit during a military conflict with the Germans in 28 B.C.