No background check ever stopped a criminal from getting his hands on a gun. When they steal them out of cop cars and FBI vans, they don’t leave a 4473 on the seat, and the ATF has never received a 4473 from the local dope house. And given the ever-loosening definition of “domestic abuser”, I’ve got reservations there, too.

Since domestic abuse is a crime, and since terrorism is a crime, let me tighten that up for you: “What is your proposal for keeping guns away from criminals and dangerously mentally ill people?
Easy. When they are convicted of a crime, stick their arses in prison.

If they’re lying, it’s fairly appropriate. And since folks from your side have called me everything from crazy to redneck to inbred, I’d have to ask your stance on that one.

Damn skippy they’re being enforced. That’s why it takes me, a peace officer and an honourably-discharged member of the United States military, five days for your so-called “Instant Check” to clear me; it’s why West Point graduates are being gunned down in a Las Vegas Costco parking lot for legally carrying their pistol, so on and so forth.

I don’t think there should be gun statistics. Statistics are only there to be massaged into giving the person with the statistics the answer they want to see.

No. Modern gun design prevents the discharge of the gun without the trigger being pulled.

The same thing I’ve been doing every day since I turned twenty-one. Donate my time to educate and teach.

The plural of “anecdote” is not “data”.

Personally? No. Doesn’t mean that they aren’t an impersonal pain in my arse, though.

Since what you consider to be reasonable isn’t even in the same plane of reality with what I consider reasonable, probably not.
Allow me to explain.
I hear a lot about “compromise” from your camp … except, it’s not compromise.
Let’s say I have this cake. It is a very nice cake, with “GUN RIGHTS” written across the top in lovely floral icing. Along you come and say, “Give me that cake.”
I say, “No, it’s my cake.”
You say, “Let’s compromise. Give me half.” I respond by asking what I get out of this compromise, and you reply that I get to keep half of my cake.
Okay, we compromise. Let us call this compromise The National Firearms Act of 1934.
There I am with my half of the cake, and you walk back up and say, “Give me that cake.”
I say, “No, it’s my cake.”
You say, “Let’s compromise.” What do I get out of this compromise? Why, I get to keep half of what’s left of the cake I already own.
So, we have your compromise — let us call this one the Gun Control Act of 1968 — and I’m left holding what is now just a quarter of my cake.
And I’m sitting in the corner with my quarter piece of cake, and here you come again. You want my cake. Again.
This time you take several bites — we’ll call this compromise the Clinton Executive Orders — and I’m left with about a tenth of what has always been MY DAMN CAKE and you’ve got nine-tenths of it.
Then we compromised with the Lautenberg Act (nibble, nibble), the HUD/Smith and Wesson agreement (nibble, nibble), the Brady Law (NOM NOM NOM), the School Safety and Law Enforcement Improvement Act (sweet tap-dancing Freyja, my finger!)
I’m left holding crumbs of what was once a large and satisfying cake, and you’re standing there with most of MY CAKE, making anime eyes and whining about being “reasonable”, and wondering “why we won’t compromise”.
I’m done with being reasonable, and I’m done with compromise. Nothing about gun control in this country has ever been “reasonable” nor a genuine “compromise”. 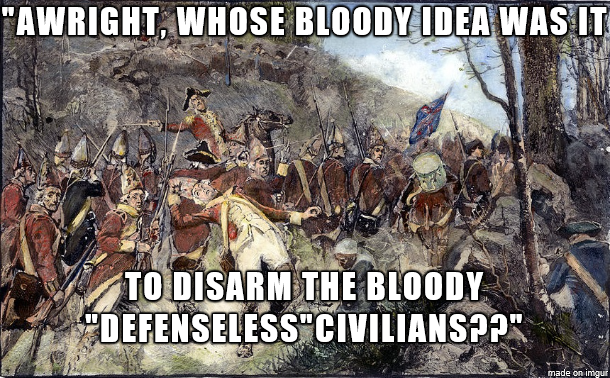 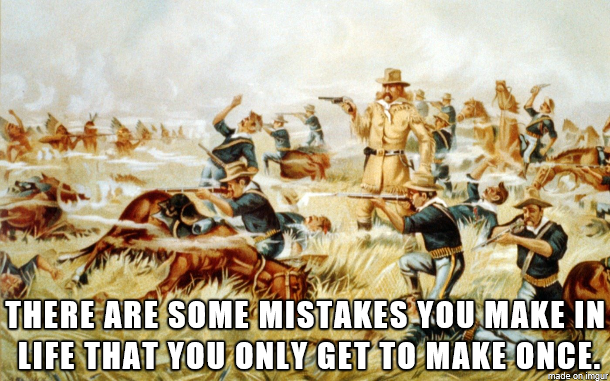 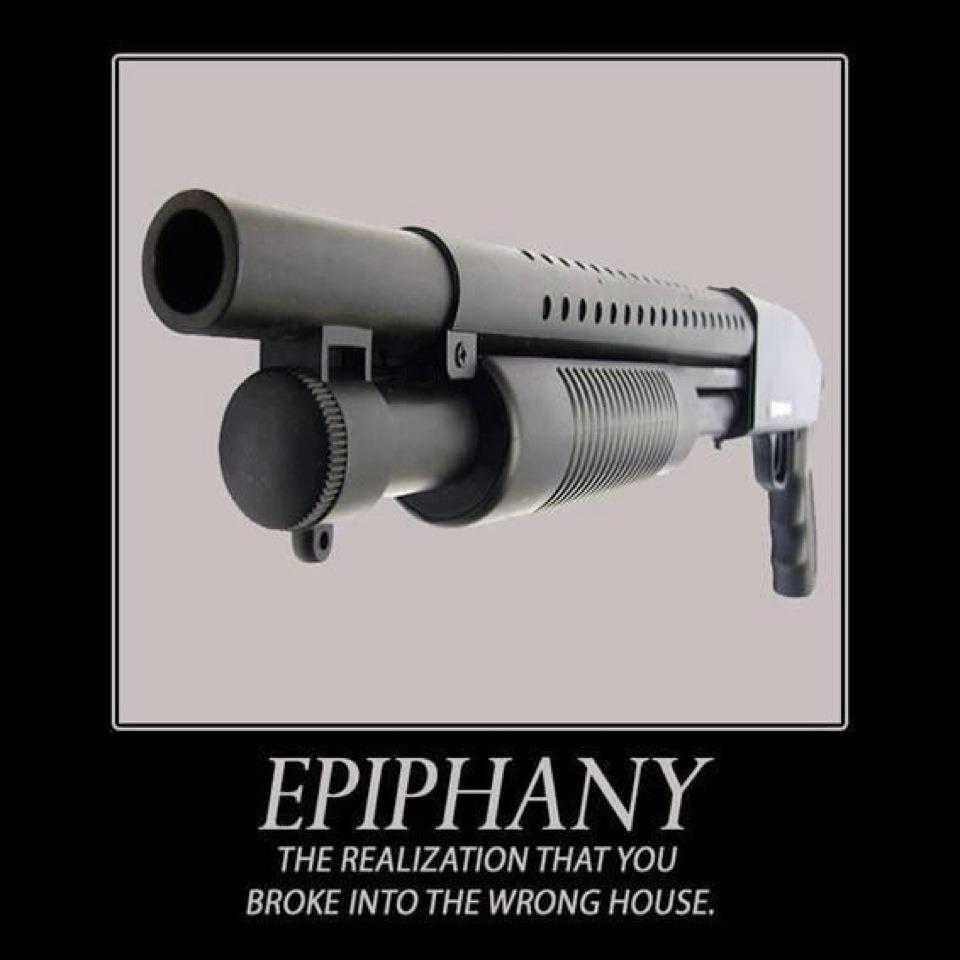 If people thought the aggression of Black Lives Matter couldn’t happen in a red state like Texas, they were wrong. A new, viral video shows BLM protesters blocking traffic and brandishing guns in an attempt to intimidate those trying to get through in Plano, TX.

As a note for accuracy about who these protesters actually are, multiple Black Lives Matter shirts are visible. The signs being held up also indicate their allegiances.

At one point, you can see one of the protesters point a gun at the man who is yelling at them to move out of the road. But it’s what the police do that really has people talking.

Instead of trying to clear the street, the officer just stands there and only gets involved to deal with the driver. While it’s obvious he’s trying to keep things from escalating, that’s no excuse to stand idly by when unlawful behavior is clearly happening.

In response to this video, I’ve seen several BLM supporters claim that the protesters have a right to be armed. That’s true, but pretending anything in that video is legal shows a fundamental misunderstanding of how open carry (or any carry of a firearm) works. One of the things that a firearms instructor will drill into you is that you can not instigate a confrontation and then finish it with a gun while claiming self-defense. In this case, you can’t block traffic, entrap people, and then threaten them with a firearm. You certainly can’t shoot anyone in that situation. Once you instigate a confrontation as the BLM protesters did, the legal hurdles to claim self-defense become massively high.

Further, I want to note that there is no situation in Texas where a protest can legally block a roadway. Even if this protest was originally permitted, it had reached the point of law-breaking by the time the camera started rolling. Police should have moved to clear the road to de-escalate the situation. Instead, nothing was done until motorists started to get into it with protesters. That’s a failure of the police to do their jobs, likely due to restrictions placed on them further up the food chain.

This kind of lawless mob behavior is not just limited to urban centers. Plano is an affluent, Dallas suburb. If local authorities don’t get control, things are going to get out of hand, and people are going to die. 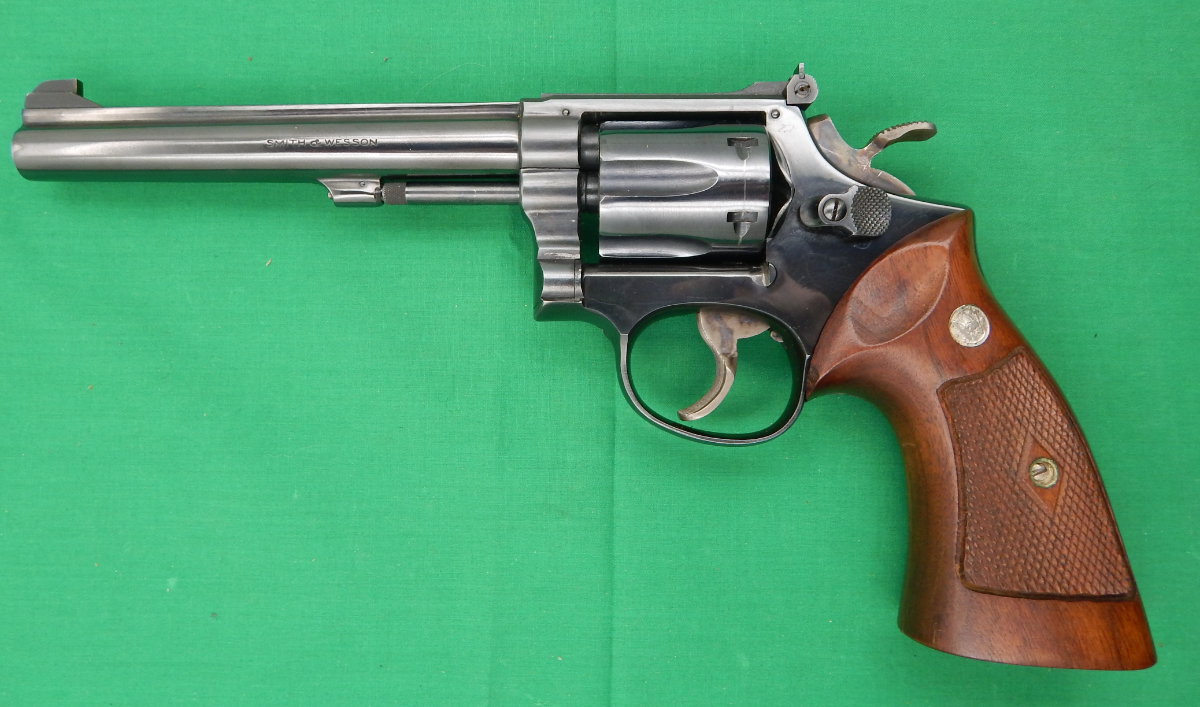 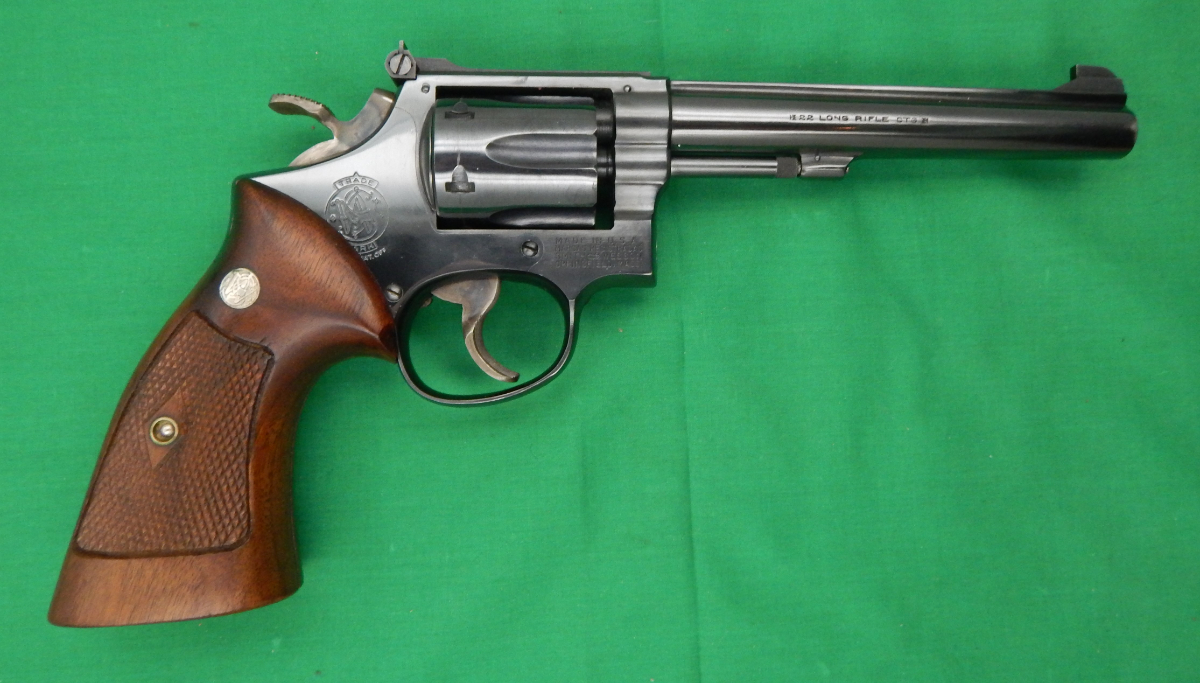 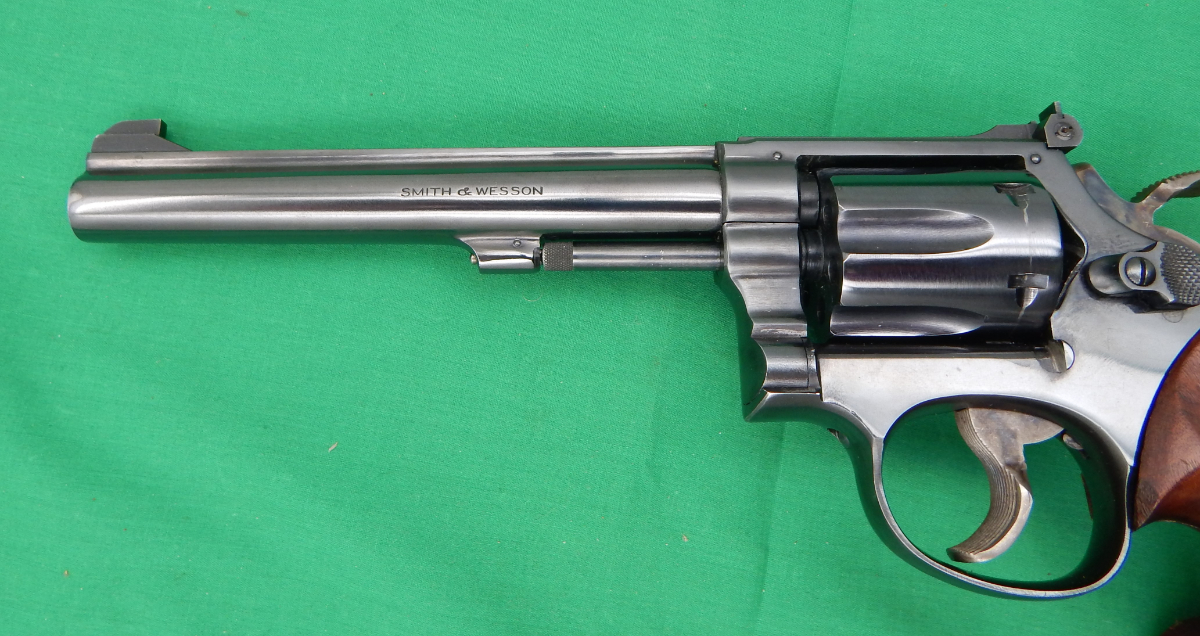 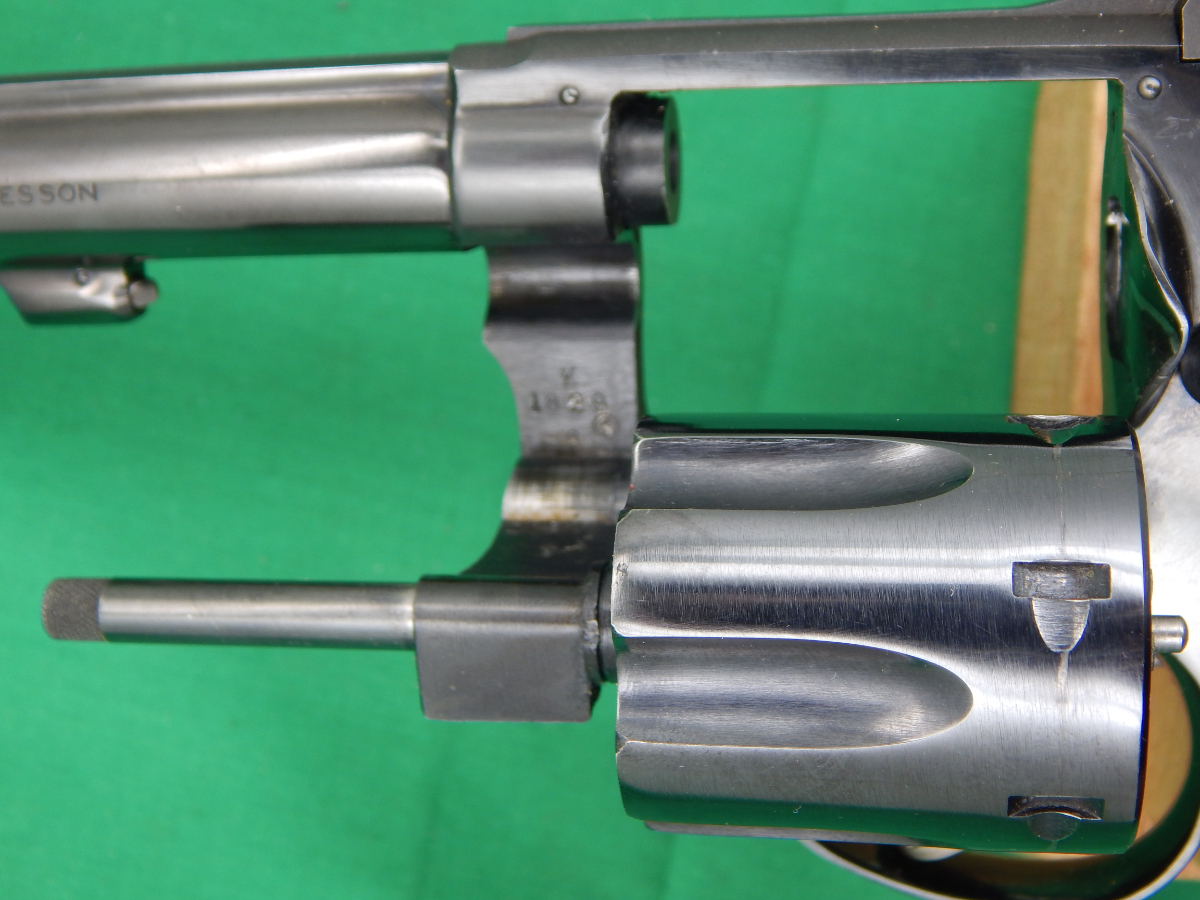 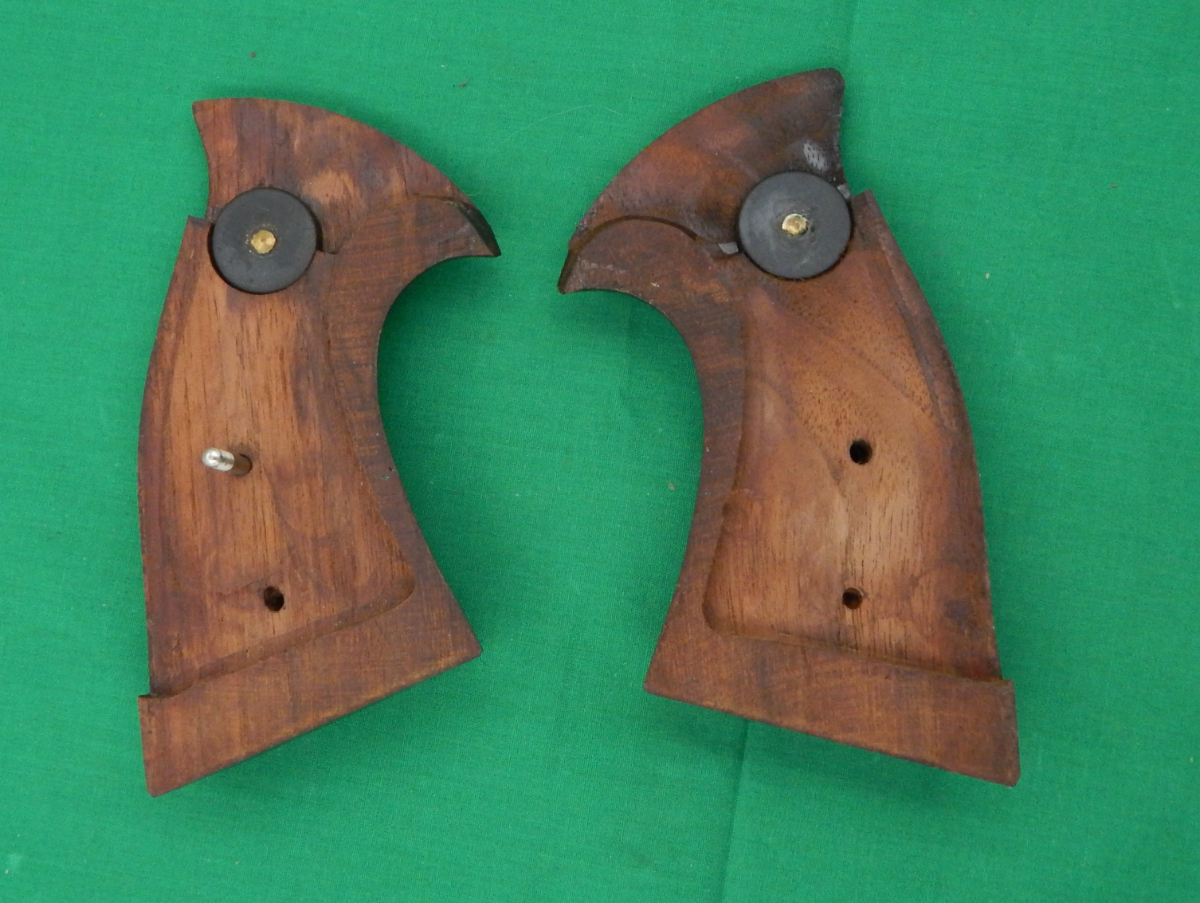 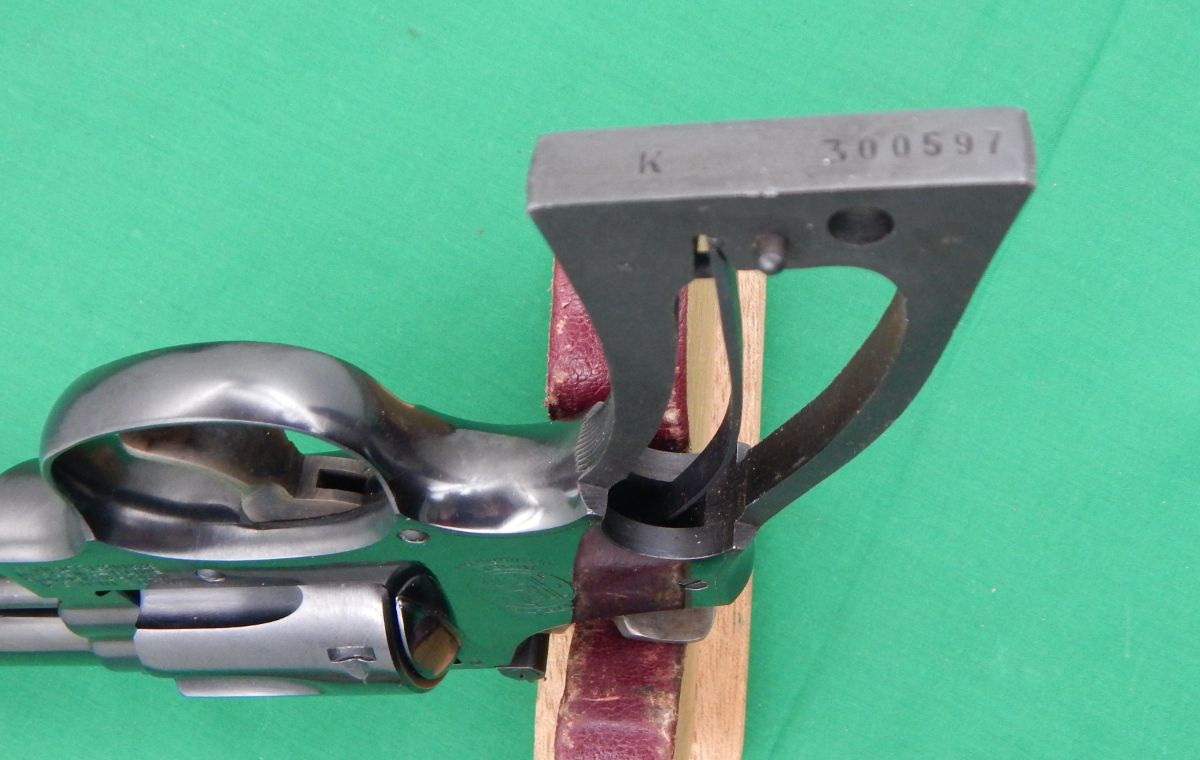 Editor’s note: This is an excerpt from the book 100 Deadly Skills: The SEAL Operative’s Guide to Eluding Pursuers, Evading Capture, and Surviving Any Dangerous Situation by Clint Emerson.

Special operatives and “violent nomads” of all types frequently operate in or near countries that are at war or in political crisis, and thus are vulnerable to being kidnapped for ransom—sometimes as a calculated attempt to thwart a mission, sometimes simply as a result of being in the wrong place at the wrong time. More and more frequently, travelers to unstable regions face the same risk. The most predictable points of vulnerability in a traveler’s schedule are his departure from and return to his hotel at the beginning and end of his day—but an abduction may also be the result of a staged automobile accident. Common ruses used by kidnappers to apprehend a target on the road include:
The Bump: The attacker bumps the target’s vehicle from behind. The target gets out to assess the damage and suddenly finds himself in the trunk of a car.
The Good Samaritan: The attackers stage what appears to be an accident or feign a car problem. The target stops to assist and suddenly finds himself in the trunk of a car.
The Trap: Kidnappers use surveillance to follow the target home. When he pulls into his driveway and waits for the gate to open, the attacker pulls up from behind and blocks his car. The target finds himself in the trunk of a car. In each of these scenarios, the target ends up imprisoned. But he doesn’t have to remain in that state. Take the time to understand how a vehicle’s trunk operates, learning its vulnerabilities and how to defeat them.
If locked in a trunk, always try to be positioned in a way that allows access to escape tools. Then employ one of these methods to get yourself out: 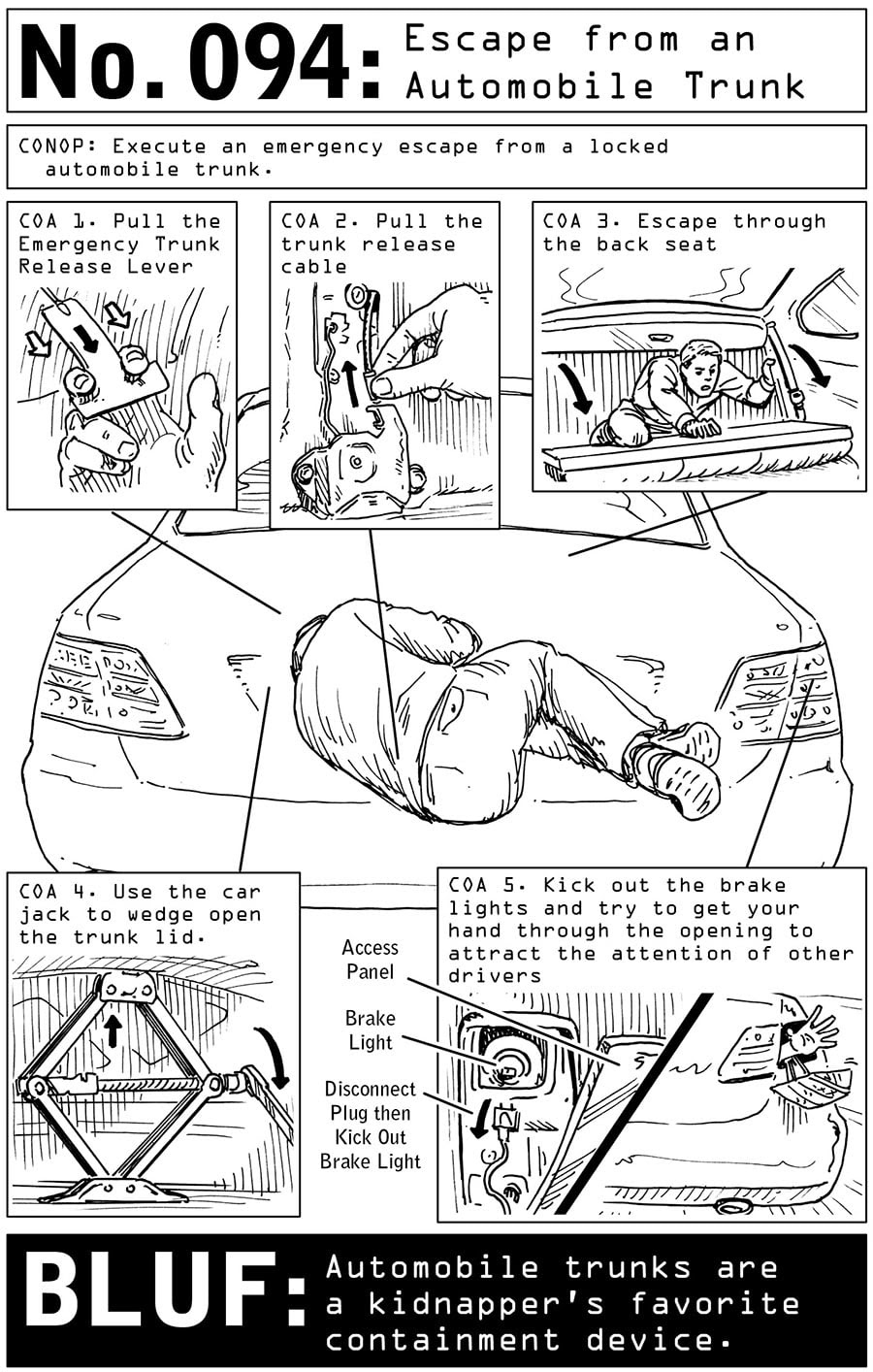 ____________________________
100 Deadly Skills: The SEAL Operative’s Guide to Eluding Pursuers, Evading Capture, and Surviving Any Dangerous Situation offers a primer on the knowledge everyone should have at the ready for surviving dangerous and life-threatening situations. AoM’s illustrator extraordinaire Ted Slampyak worked with Clint on the artwork for this book.
Like this illustrated guide? Then you’re going to love our book The Illustrated Art of Manliness! Pick up a copy on Amazon. 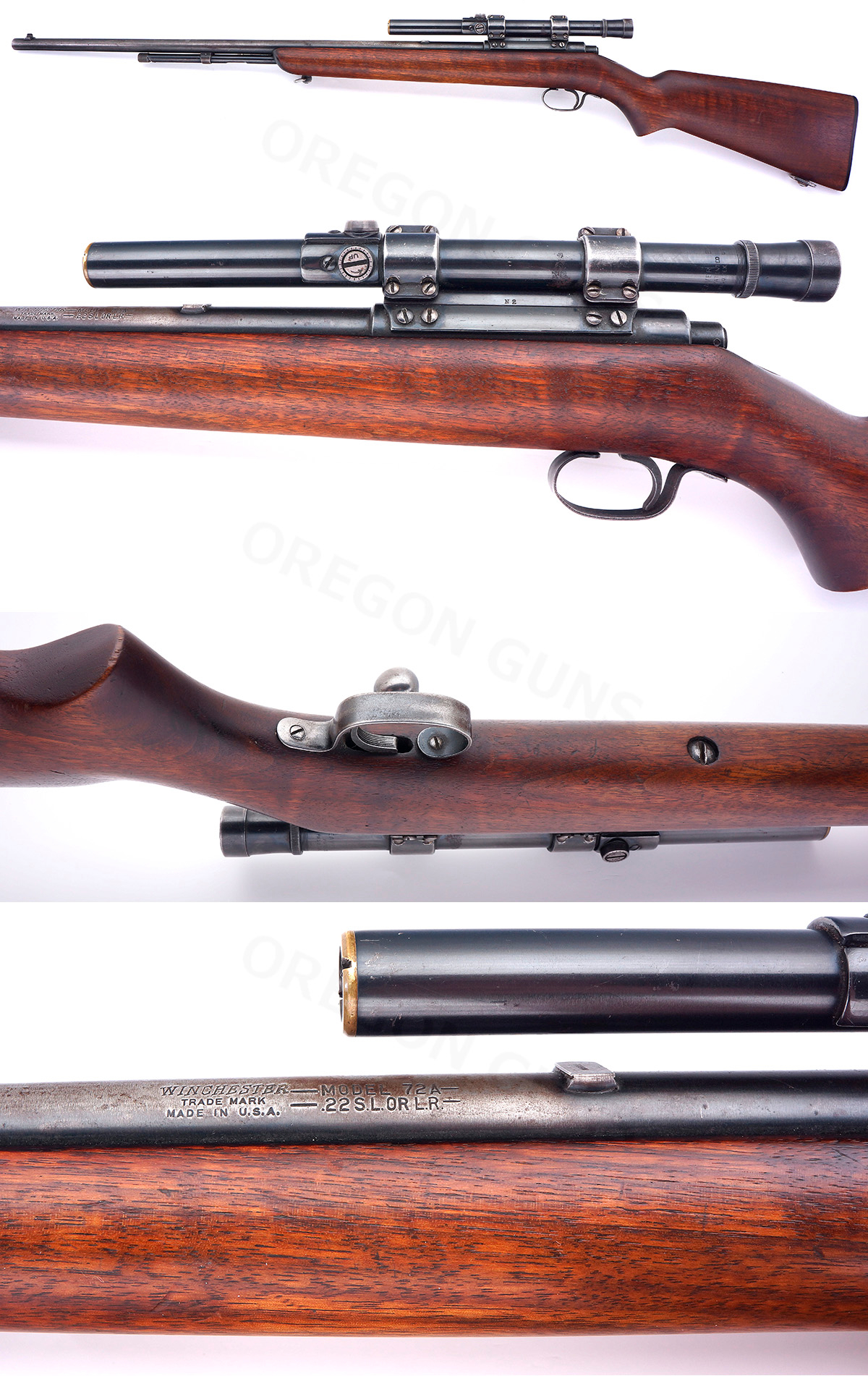 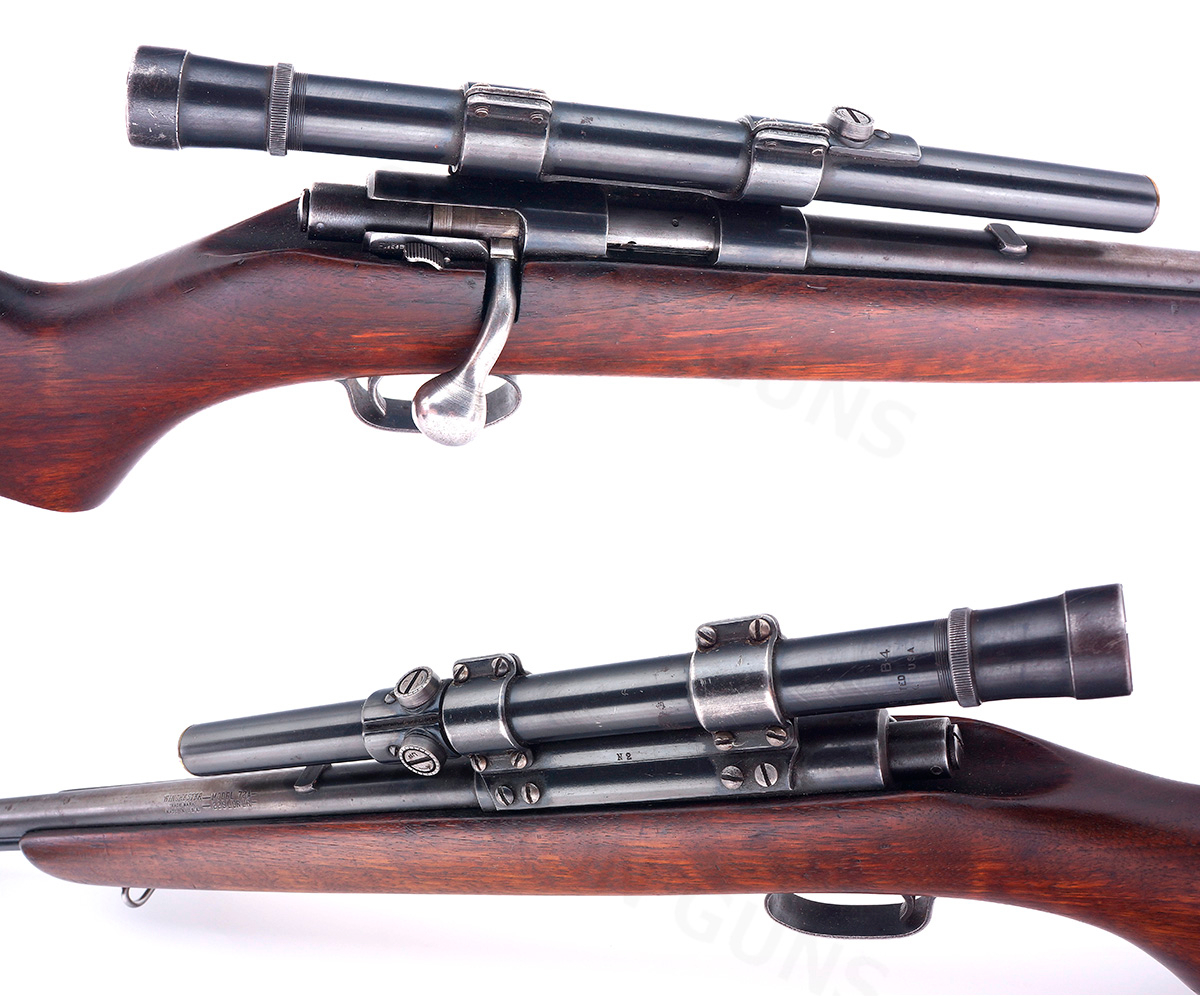